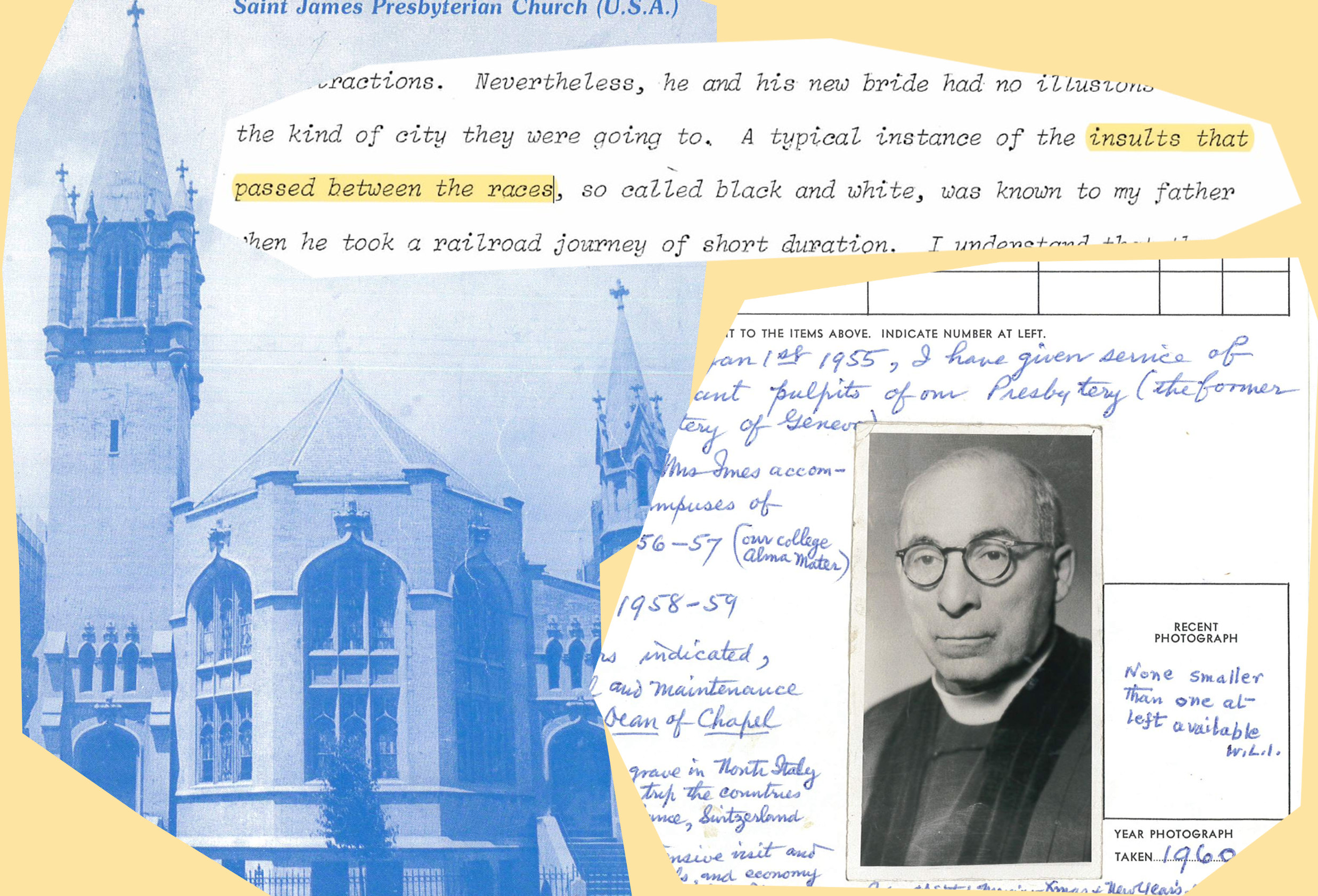 Each month, the Presbyterian Historical Society is bearing witness to the lives of African American leaders throughout the history of the PC(USA). Click here to learn how PHS is collecting records of the Black Presbyterian experience through the African American Leaders and Congregations Initiative.

In 1936, during the height of his pastorate at St. James Presbyterian Church in Harlem, an outside reporter, seeing the hive of visitors coming and going from the office of that 1000-member church, described William Lloyd Imes as “the engineer who keeps all these currents of power in action.” Many currents of power flowed through Imes at the time. His church ran a successful milk cooperative in the Paul Dunbar apartments in the 1930s. He led a march of 20,000 people in New York against the Italian Fascist invasion of Ethiopia in 1935--at a time when the Sons of Italy and other Fascist sympathizers mobilized intensely for the war. Imes’ remarkable career was dedicated to free people living in a free society: “We are not battling just for our church community,” he said, “we are battling for the Christian ideal of life."

William Lloyd Imes was born in Memphis, Tennessee in 1889, named after the abolitionist William Lloyd Garrison. His father Benjamin was born free in Pennsylvania, and trained for ministry at Oberlin College. His mother Elizabeth had been enslaved in the South, and brought North by US soldiers as “contraband of war.” The couple met at Oberlin and were sent to Memphis as Congregational missionaries.

In a 1980 oral history taken by J. Oscar McCloud, Imes says “I am not proud of my birth city,” and tells of his father being attacked on a train for appearing to hold the hand of a white woman, his light-skinned wife. “My father wasn't the bravest man in the world and he was aware that he would be running risks if he resented such misconduct and he defended himself with not only arms and fists but with kicks and knees against this white Southerner.”

William, already equipped by his parents for higher education, attended Knoxville College, then completed degrees in sociology at Fisk University, before moving to New York in 1912 to attend Union Theological Seminary. In New York he paid his way through school as a student minister and by playing organ at the Labor Temple.

On Labor Day in 1915, Imes married Grace Virginia Frank of the village of Dundee, New York. Grace was from, in Imes' words, “one of the few families not disdainful of the African blood that was in their veins.” The couple had three children--Wendell Philipps, named for the abolitionist, killed in the Second World War; Hope Mathilde; and Jane Elizabeth, who died as a baby. 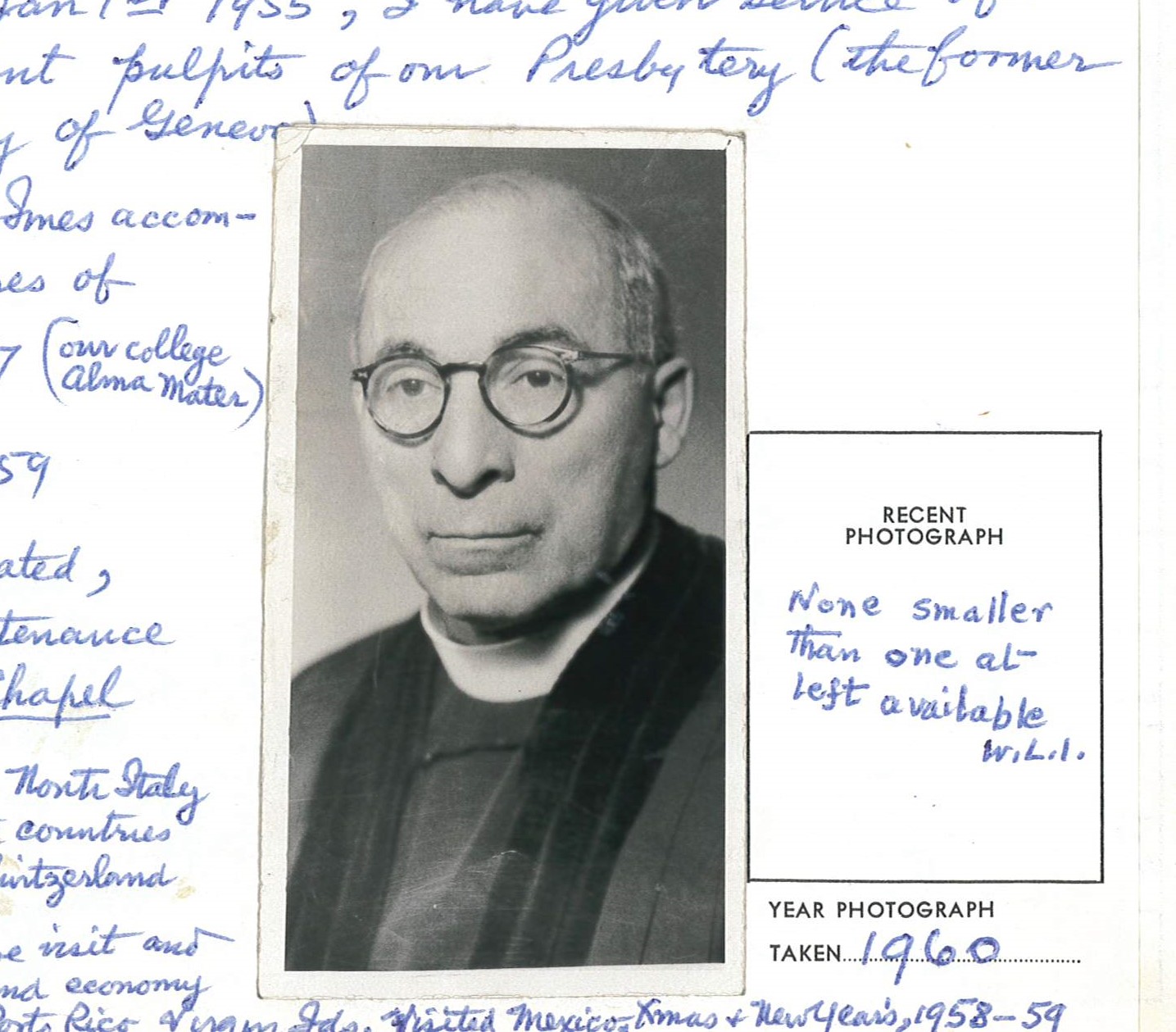 Imes was ordained by the Presbytery of Elizabeth in 1915, the same year he and Grace were wed, and served Bethel Chapel, one of the five extensions of Crescent Avenue Presbyterian Church in Plainfield, N.J. Told by “gossipers” that he’d landed in a comfortable position--the church counted among its membership 40 millionaires--Imes recoiled, “As if that were some ideal to put up before people--the amount of this world's goods that they had amassed. I could not see it that way.”

During the First World War, Imes served in the YMCA at Camp Merritt. He was pastor of Lombard Central Presbyterian Church in Philadelphia beginning in 1919, and left there for St. James in 1925.

The next eighteen years in Harlem saw the efflorescence of the Harlem Renaissance, the brutality of the Great Depression, and the struggle against fascism. Imes knew Langston Hughes and Countee Cullen, and poetry and music were essential to the life of his church--St. James had six children’s choirs and a glee club. Following the riots in Harlem in 1935, Imes and the children of St. James began joint worship services and pulpit exchanges with Madison Avenue Presbyterian Church and its minister George Buttrick, in the hope of demonstrating what life in a just and integrated society would look like.

In 1943, Imes became president of his old alma mater, Knoxville. In 1947, he began work as Secretary for Social Education of the New York Council of Churches, and remained active in the Steuben-Elmira and Geneva presbyteries through the 1960s. This patient campaigner for human rights, organizer for the cause of peace, and committed ecumenist retired to Dundee and died in 1986.