Taking Shelter: Photos from the UNRWA 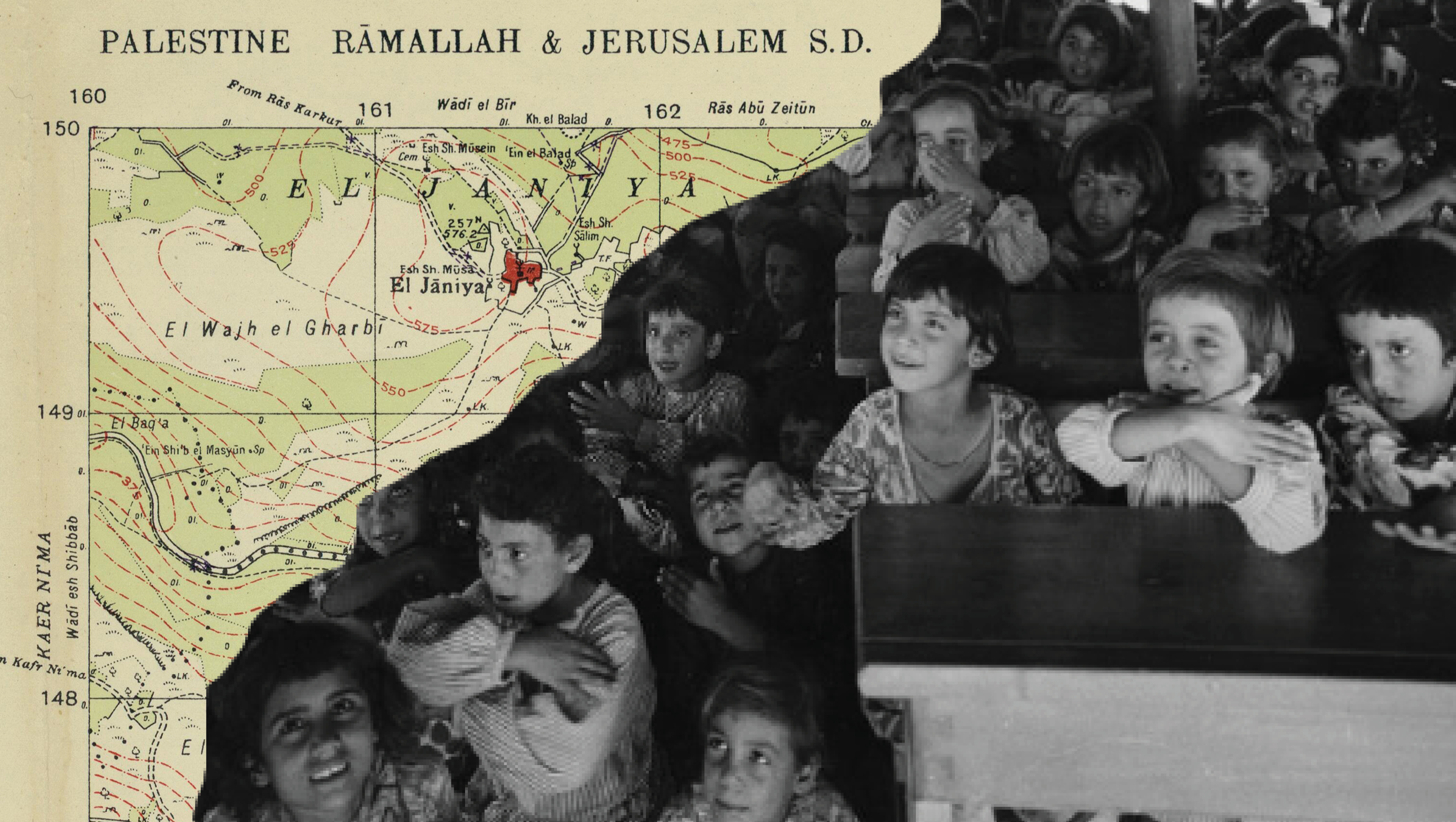 The United Nations Relief and Works Agency for Palestine Refugees in the Near East (UNRWA) was established in 1949 to accommodate refugees affected by the 1948 Palestine War, in which more than 700,000 Palestinians were displaced by Israeli occupation. Another exodus in 1967 caused the flight of over 250,000 refugees, many of which found shelter at UNRWA camps. Here are some photos that showcase the experience of these refugees housed by the UNRWA, digitized in-house at PHS and shared through Pearl Digital Collections. 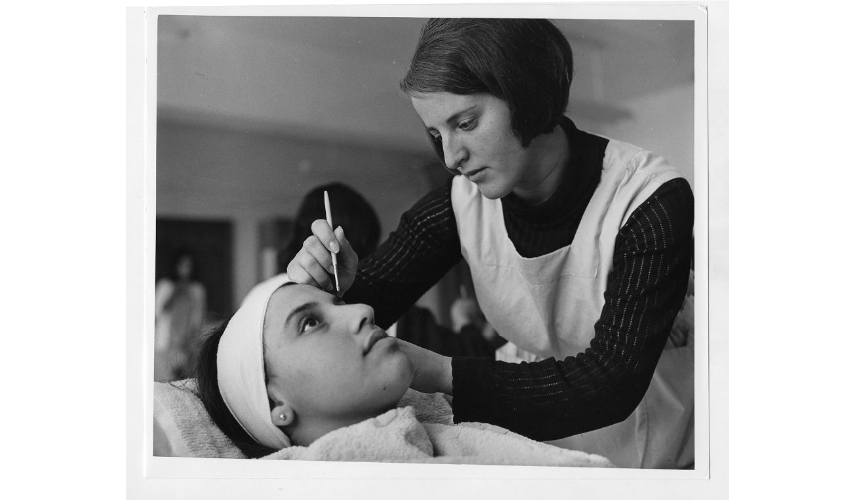 Hiyam Shulri Ajlouni, a student in the hairdressing and beauty course at the UNRWA Women's Training Centre in Ramallah, does the eyebrows of a fellow resident at the refugee camp. 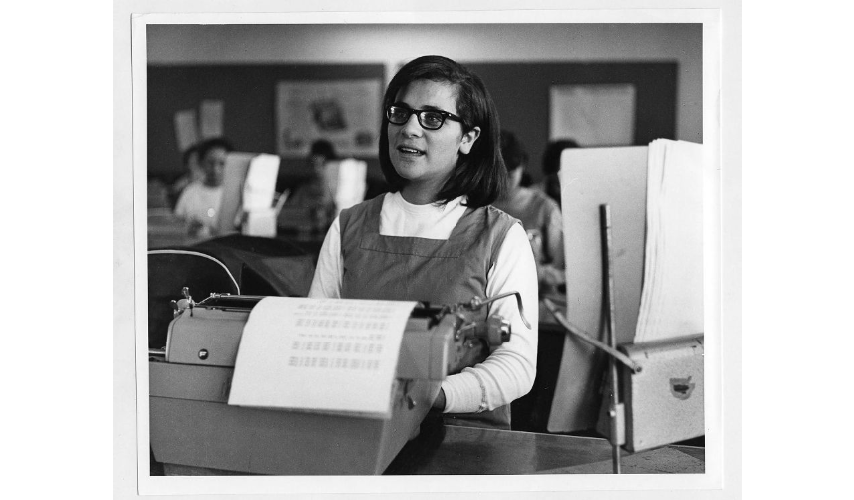 Women at the UNRWA Women's Training Centre in Ramallah were also educated in other subjects. Elizabeth Yacoub Jaber, a student at the Training Centre, takes a course in business education. 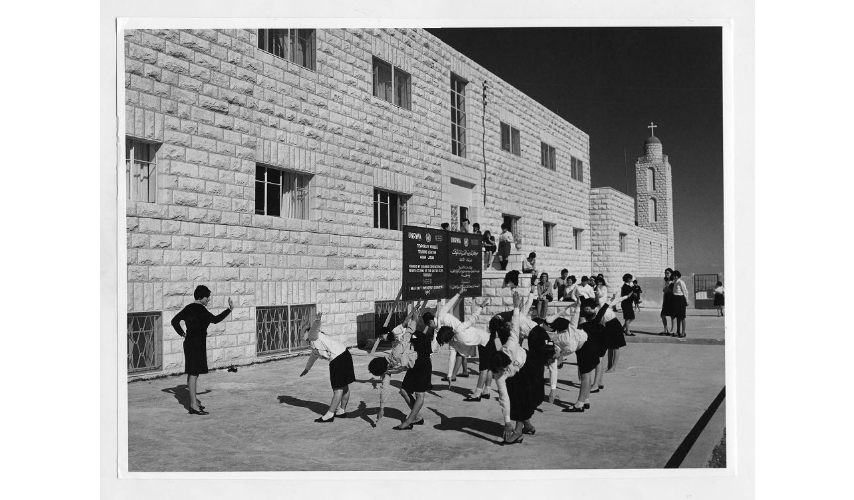 After the Palestinian exodus in 1967 following the Six-Day War, many families no longer had access to the Women's Training Centre in Ramallah. The UNRWA opened the Temporary Women's Traning Centre in Amman to provide vocational and teacher training for young Palestinian refugee women. 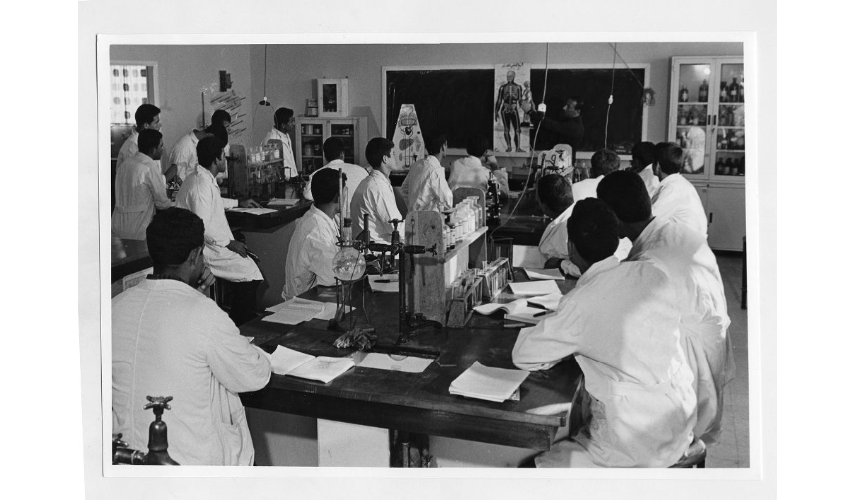 Most of the male students in Ramallah studied to become teachers at the UNRWA Ramallah Men's Teacher Training Centre. This Centre was one of four teacher training centers established by the UNRWA to help young men develop educational and life skills. Courses included academic lessons, instruction in teacher methods, and a period of student-teaching. All students were required to take general and professional studies, as well as a specialized study. The men pictured here specialized in science and are studying it at a more advanced level. 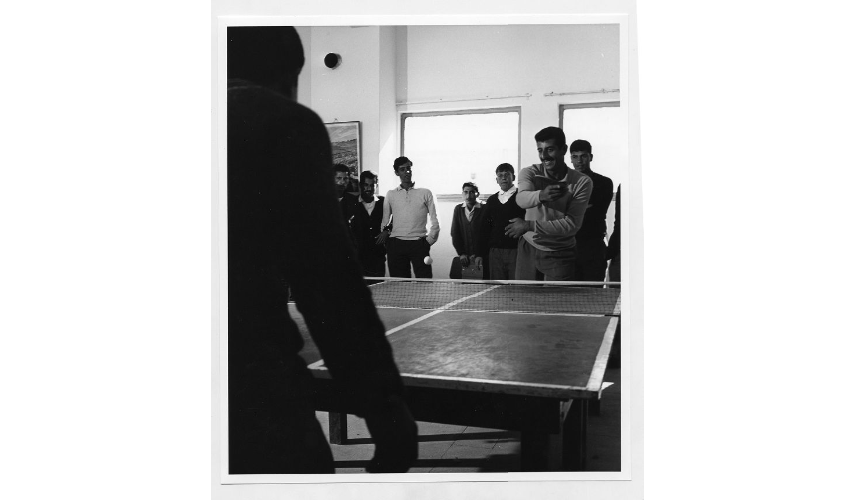 Recreation was integral to education at Ramallah Men's Teacher Training Centre. The two-year residential course sought to provide students with all-around development. Since most students were either born in, or spent most of their lives in refugee camps, their education also helped them develop work habits and discipline. Graduate students were free to seek employment in Saudi Arabia and other neighboring Arab states. 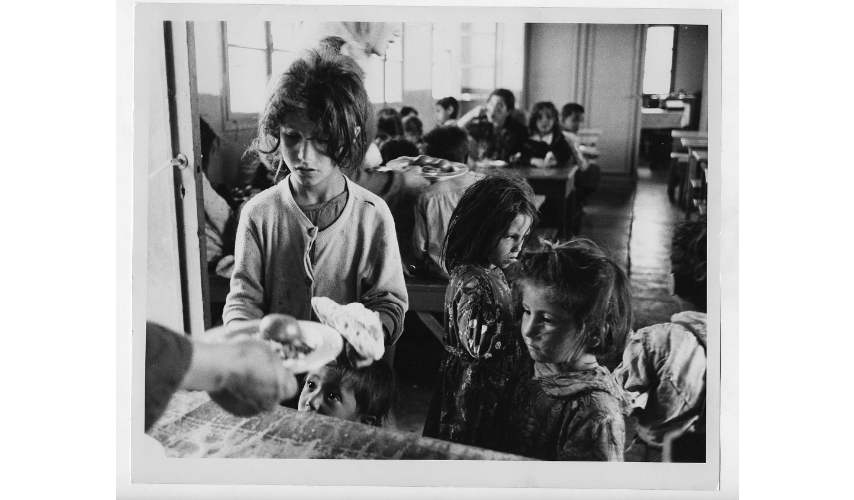 Refugees in Dheisheh Camp in Jordan also received assistance from the UNRWA. Pictured here in 1961, refugee children received supplementary meals at the camp. In Jordan alone, more than 20,000 children were registered for supplementary feeding between 1959 and 1960. 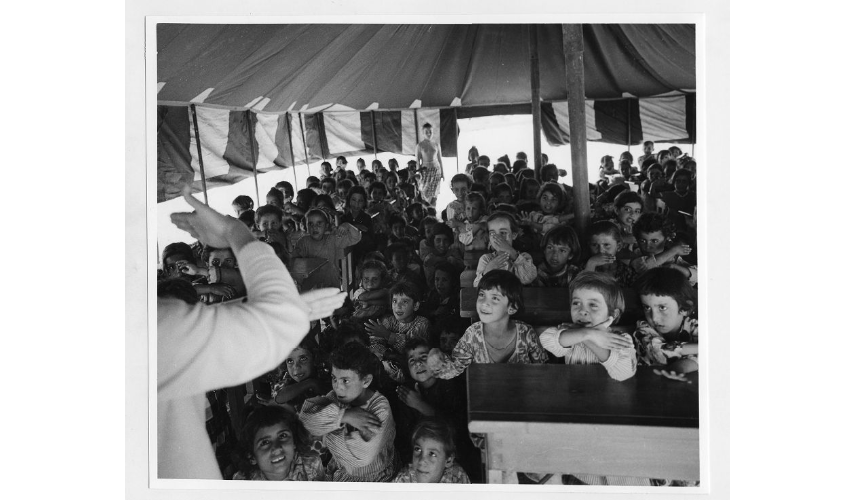 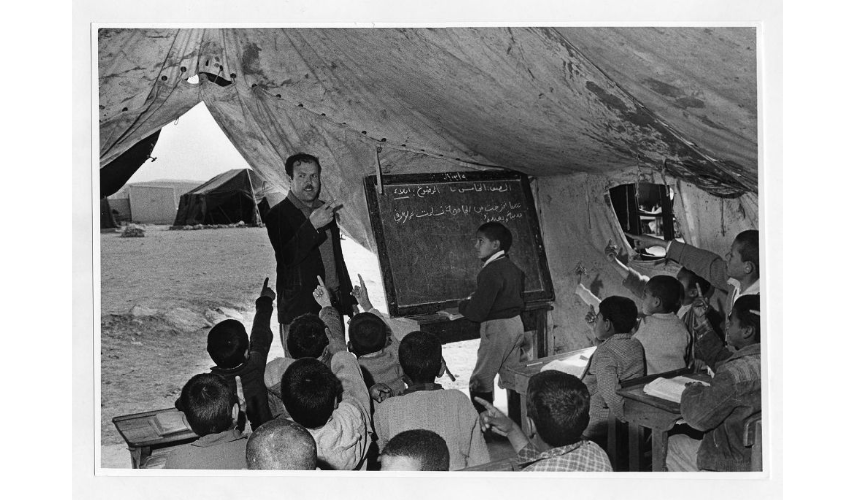 Students sat for an Arabic writing class in the fifth elementary UNRWA tented school in Jerash, Jordan, in 1968. At the time, Jerash Emergency Camp had a population of around 11,000. 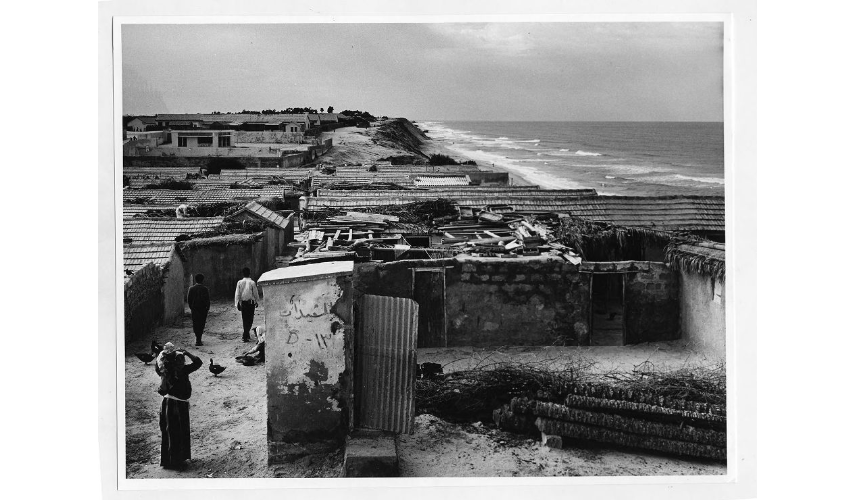 Deir Balah Refugee Camp was the smallest of the eight refugee camps administered by the UNRWA in the Gaza Strip, which was overpopulated. Approximately 7,000 Palestinian refugees lived in Deir Balah at the time, with an average of four to five persons in a ten square foot tent. Of the over 375,000 people in the Gaza Strip in 1968, 265,000 were refugees.

View more images from UNRWA in Pearl and read about Presbyterians in Palestine.