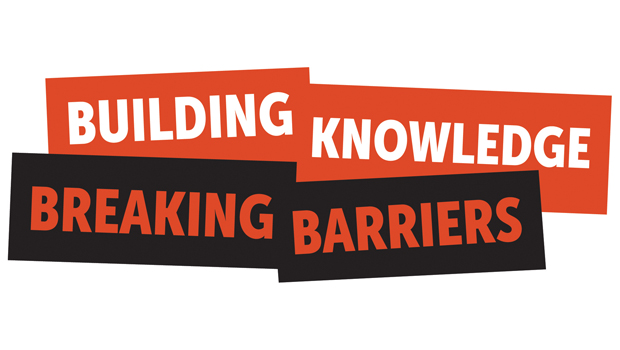 After a year-and-a-half delay due to the Covid pandemic, the Presbyterian Historical Society (PHS) opened its doors on October 6 to Community College of Philadelphia (CCP) students, faculty and our Philadelphia neighbors.

Joining them to celebrate and explore the Building Knowledge and Breaking Barriers (BKBB) student-led exhibit were PHS board members from across the country. The Stated Clerk of the General Assembly of the Presbyterian Church (U.S.A.), the Rev. Dr. J. Herbert Nelson, II, addressed the gathering, congratulating student exhibitors and supporters for their history-making work.

Click the video above to experience the BKBB Exhibit Celebration.

CCP students created and installed the exhibit inside and outside the PHS building as part of a grant that funded the BKBB project. The exhibit explores issues that mattered most to the students, including the pandemic’s fallout, nationwide protests for racial justice, the cultural scene in Philadelphia and the Presbyterian church’s historic connection to white supremacy.

Despite the weighty installation focuses, the event mood was joyous. Guests ate and drank on the PHS grounds while learning about the full BKBB project — a collaboration that brought more than 300 CCP students and 19 CCP classes to PHS for research using the collections of the national archive of the PC(USA). That classwork spawned the student-led exhibit.

Amongst the crowd were members of the PHS Board, meeting in Philadelphia for their first in-person meeting since the start of the pandemic.

For some board members, the visit to PHS was their first. For new PHS Board members — the Rev. Madeline Hart-Andersen, Dr. Douglass Sullivan-Gonzalez, the Rev. Byron Wade and Lynn Hargrove (Committee on the Office of the General Assembly liaison) — it was an opportunity to experience firsthand PHS’s efforts to serve the local community though programming like BKBB. 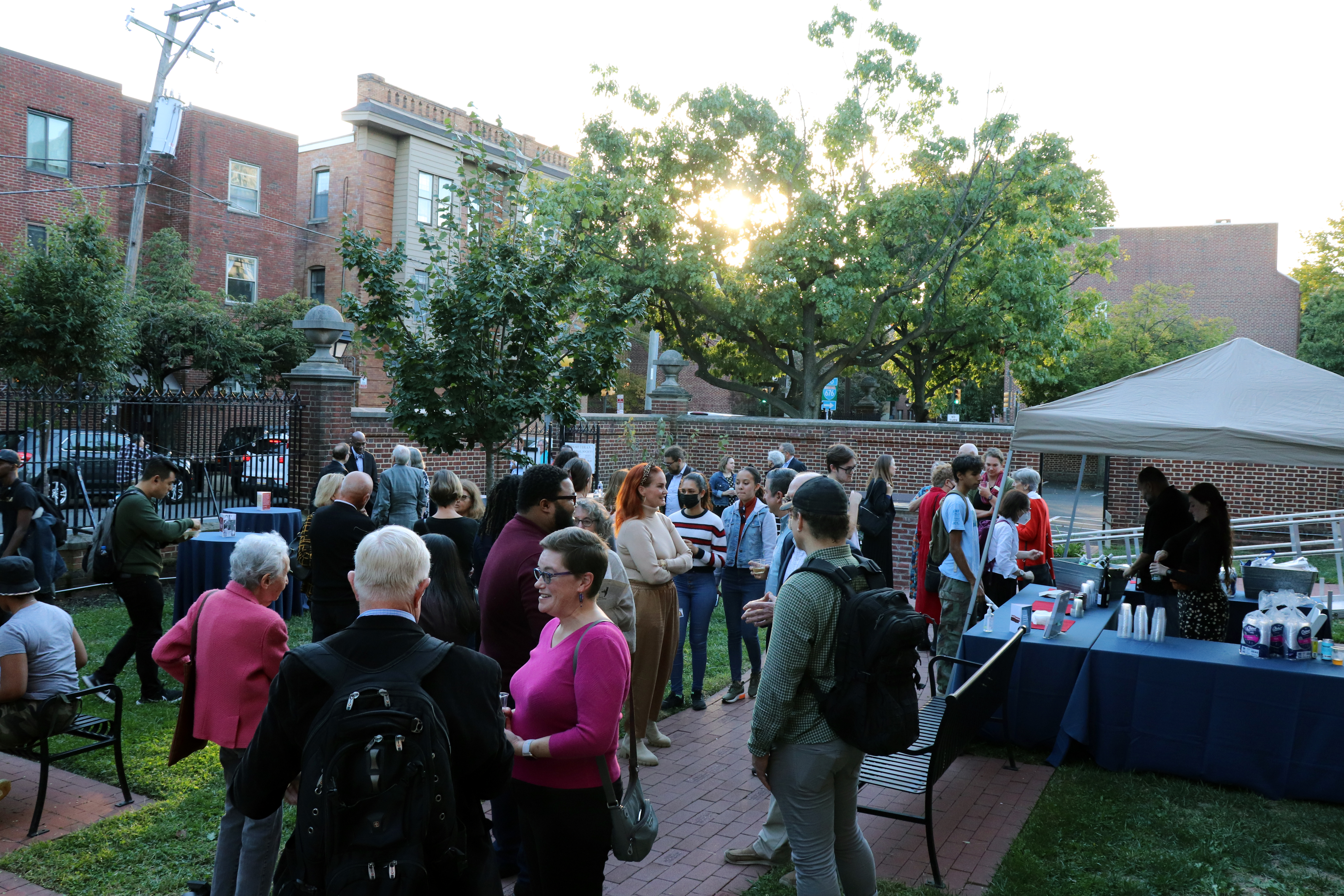 Guests in the PHS courtyard during the BKBB Exhibit Celebration on October 6, 2022. Photo by McKenna Britton.

“Our relationships and commitments were re-energized, and it was a great way to get more accomplished than with video conferencing. We have several outstanding new board members who had never seen the facility. Like all of us, they were awed at the depth and breadth of our collections and the dedication of the staff,” Aggarwal said.

She also reflected on the evening’s festivities.

“The BKBB event was exciting and fulfilling. Many college students came to see the accomplishments of their colleagues. We were also joined by neighbors and supporters of all kinds who were amazed by the displays the CCP students developed.”

Even though the exhibit opening is in the rearview mirror, PHS has no plans on slowing down their collaboration with CCP. Two classes from the college are scheduled to visit the archive during the fall semester, and PHS staff are already in talks with professors to plan class visits for the spring.

As for the exhibit that drew nearly 200 people to PHS on the evening of October 6, PHS will continue to host it through summer 2023. The digital version will live online indefinitely.

Visitors to the Presbyterian Historical Society can view the Building Knowledge and Breaking Barriers exhibit from 9 a.m. to 4 p.m. Monday through Friday. Groups of 5+ must schedule their visit in advance. Contact Clorinda Moore at 215-928-3865 or cmoore@history.pcusa.org for details.