Our Work In The Archives, Third Quarter 2021 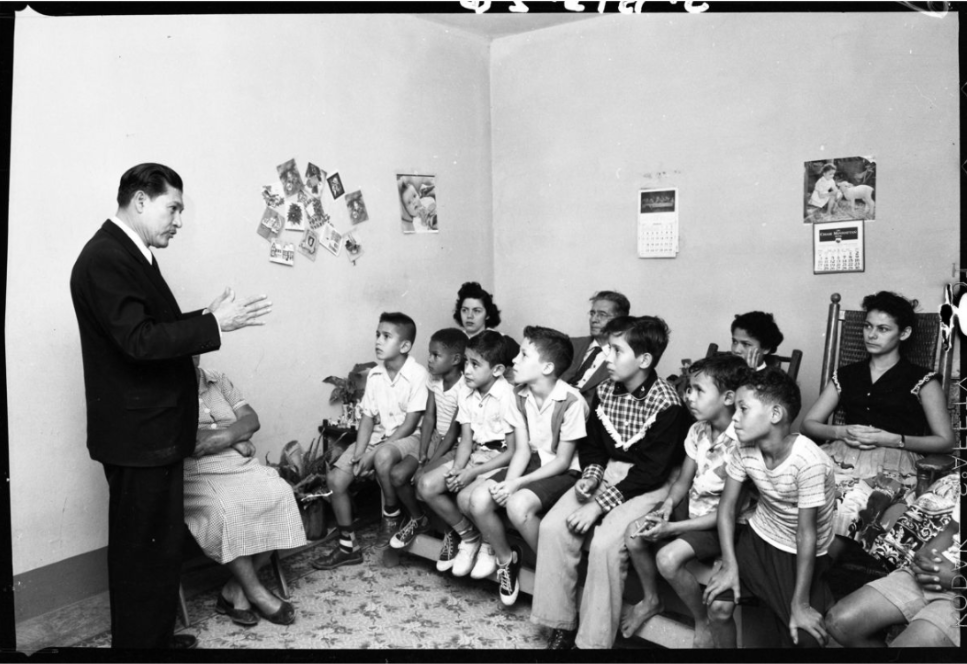 Let's once again recap what your archivists were up to over the summer!

We also welcomed a new member of our digitization team, Gabe Loredo, this quarter, and Gabe and the team scanned more than 19,000 pages of text and images. New additions to Pearl include oral histories taken of residents at Philadelphia's Cathedral Village, part of Presbyterian Senior Living; images and texts from RG 529, Church World Service records; and the burial records of First Presbyterian Church (Elizabeth, N.J.), imaged as part of an accounting of the whereabouts of the Black ancestors of what's now Siloam Hope First Presbyterian Church.

It was common for churches to enlist family members to inter the bodies of their loved ones, so the records of the cemetery include payments to families, and payments to local men hired as day laborers. Here, from 1840 are two payments to Taddock, for help in burying "a coloured child aged 1 week," and "a black child of Henry Van Arsdale, 1 year." According to one source, Van Arsdale appears in the New Jersey slave census of 1850 as owning one woman, age 53. Slavery was abolished in New Jersey in January 1866. 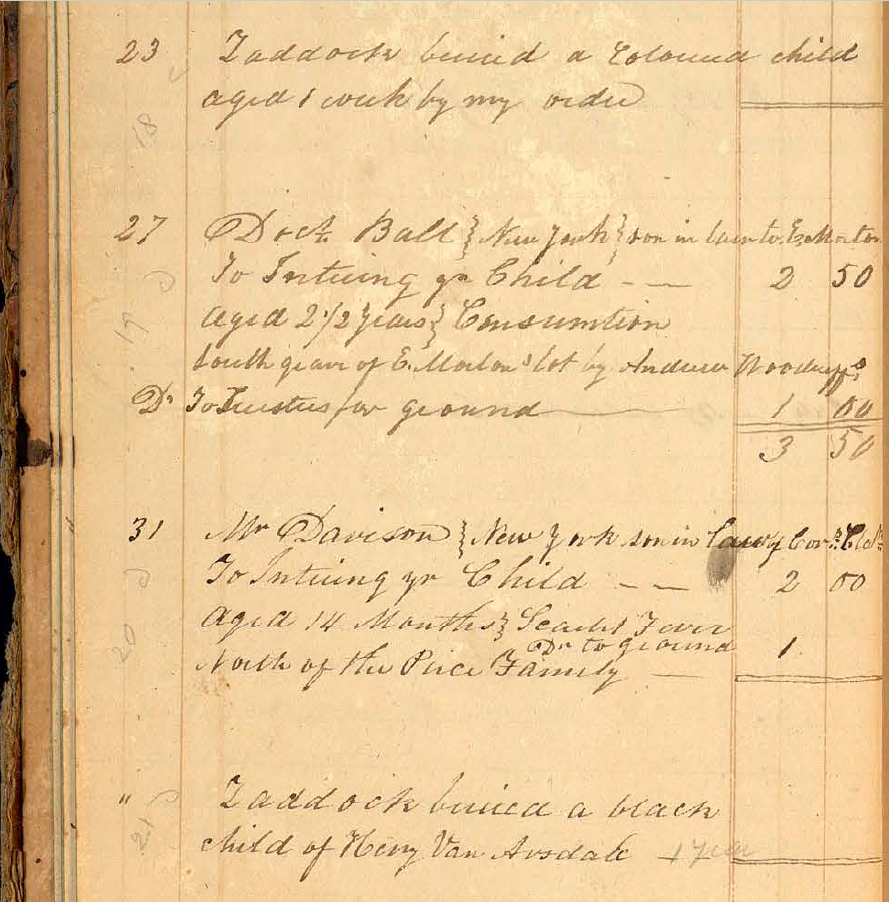 Dr. Todne Thomas was among the first researchers to use the newly-processed Burned Churches Project records. She sat down with us to talk about contemporary Black church arson. 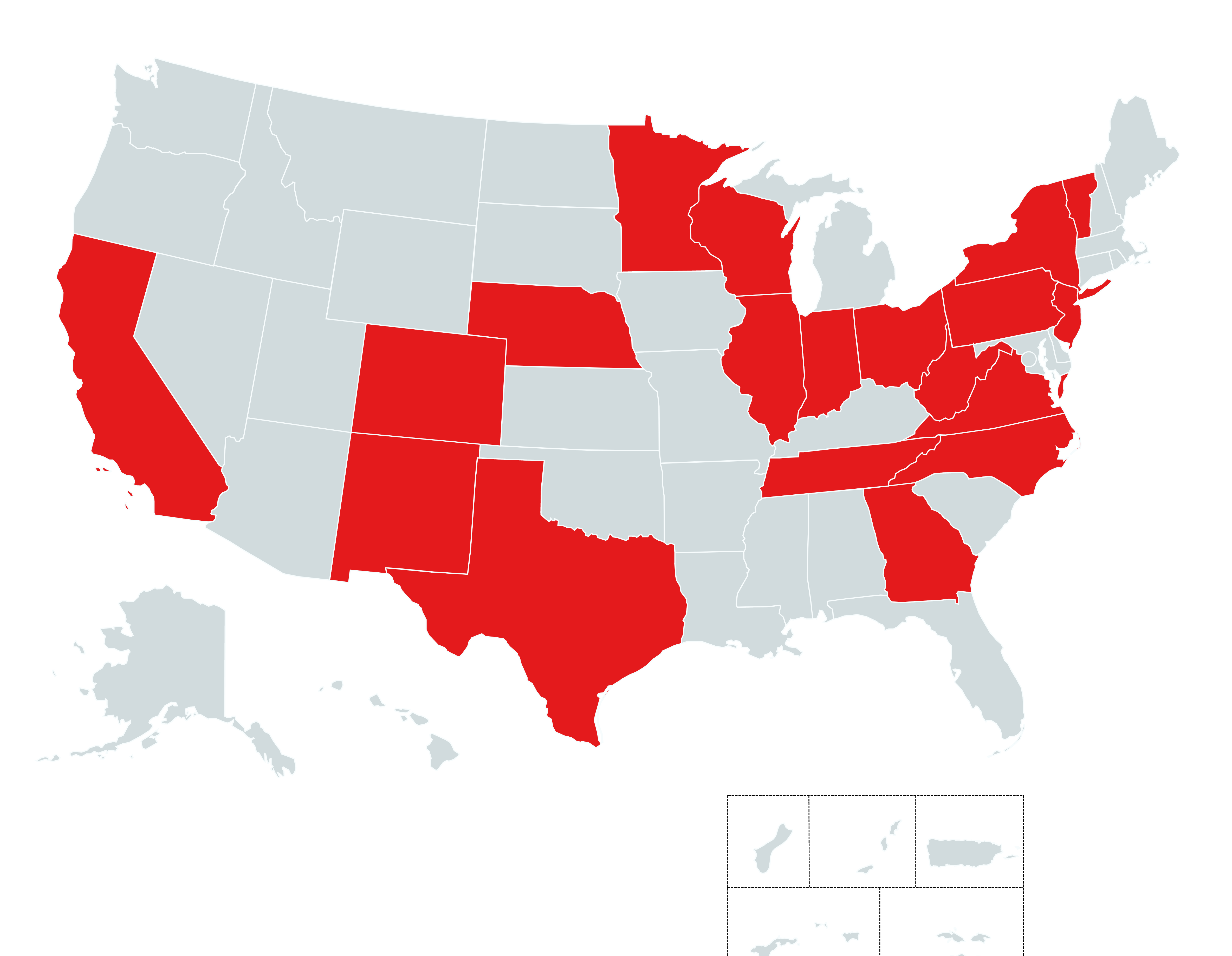 Among the 26 batches of personal papers we brought in were the personal records of Lois Kroehler, a Presbyterian educator and director of music in Cuba from 1949 into the 1990s. Kroehler graduated from the University of Nebraska in 1949, and left for Colegio Presbiteriana La Progresiva (Cardenas, Cuba), initially on a two-year stint to serve as secretary to the Cuban director of Presbyterian schools. She ended up staying for life, teaching English, guitar, hymnology, and liturgy at La Progresiva and at the Seminario Evangélico de Teología in Matanzas. Her efforts to increase literacy in the Cuban countryside earned her commendations from the Revolutionary government. Her records include scrapbooks and photographs of the Cuban Revolution, including photographs of Celia Sánchez and Camilo Cienfuegos on visits to Cardenas in 1959. 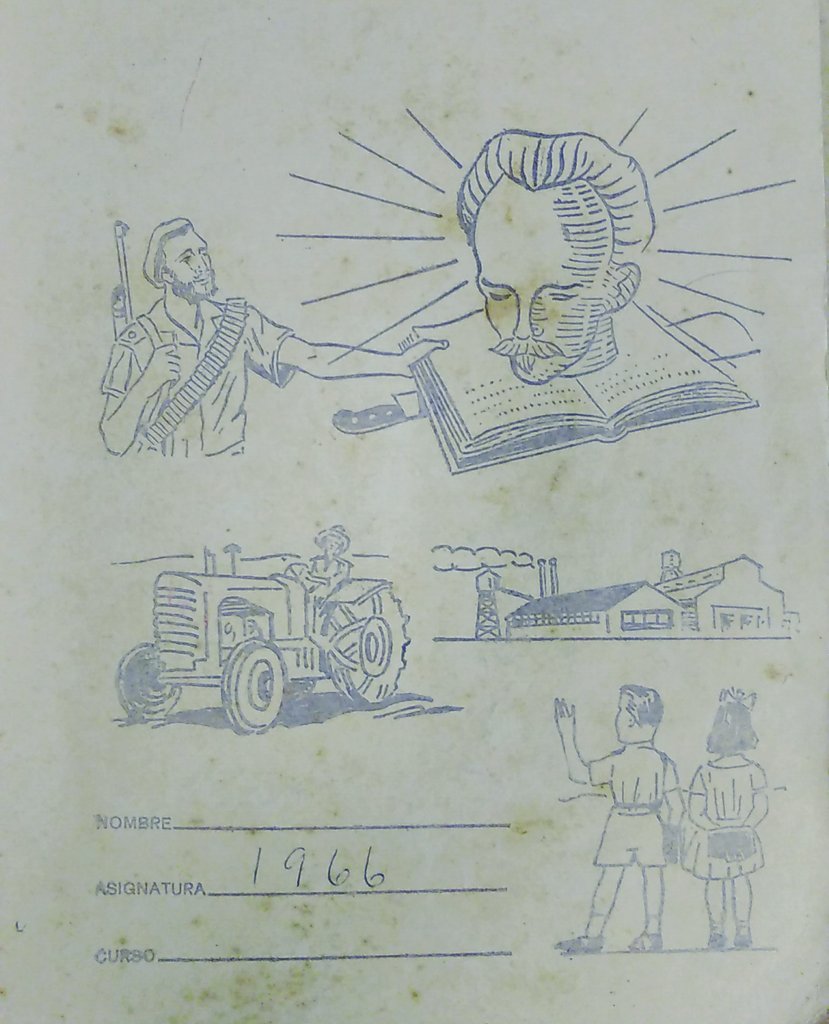 We welcomed 62 researchers to the building, from 19 US states and South Korea, and fielded 580 questions by phone and email, including defining the boundaries of the Sinodo Boriquén en Puerto Rico, giving a précis of Presbyterians and healthcare, and fielding legal and property questions from the Presbytery of Dakota, Presbytery of New York City, and the Presbytery of Baltimore.

Among them was a question about the identification of a church depicted in an early 19th-century needlepoint sampler. The nine year old girl who created the sampler depicted a church, identified as "Skinner's Church, Ph." Our correspondent believed this to be Second Presbyterian Church in Philadelphia, and asked for any images of the church from before 1834. 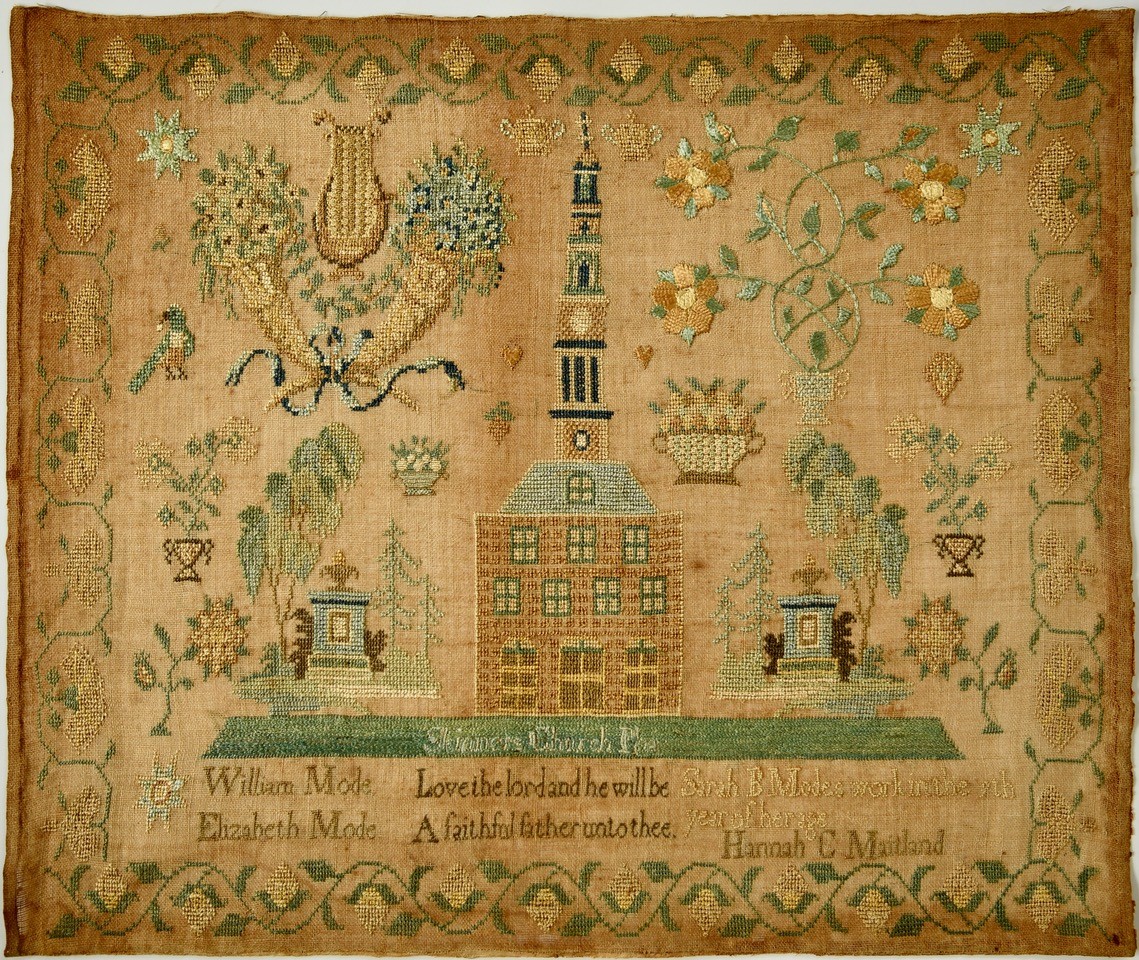 Thomas Skinner was born in North Carolina in 1791 and educated at Princeton. Ordained in 1812, he served as co-pastor with Jacob Janeway at Second Presbyterian Church for four years before decamping to Fifth Presbyterian Church, remaining there until 1832. In 1823, during Skinner's tenure, Fifth built a new building on Arch Street; it would later be renamed Arch Street Presbyterian Church. Its multilayered clock tower is a dead ringer for the church in the sampler. 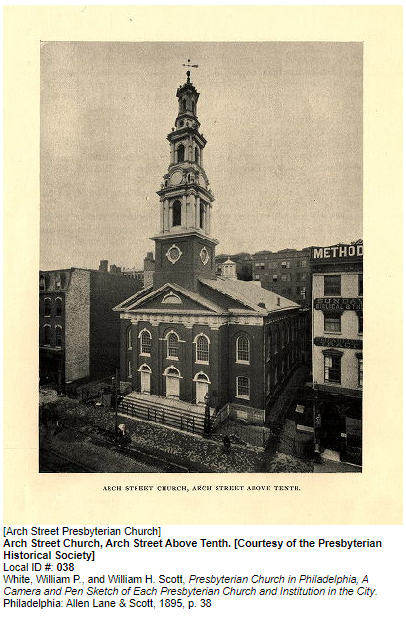 Finally, the Presbytery of Northwest Coast used records held here, and used our digitization services, to pursue the work of truth and reconciliation. In 1963, the Presbytery of Alaska, bowing to demands of recent white settlers, dissolved the Tlingit-majority Memorial Presbyterian Church in Juneau, and founded a new, Anglo church called Northern Light. As part of the new presbytery's reckoning with its past, PHS digitized Memorial's records, repatriated them to the continuing congregation, and imaged records of the old Alaska Presbytery. When the presbytery passed an overture atoning for its actions, their executive presbyter Corey Schlosser-Hall had this to say: 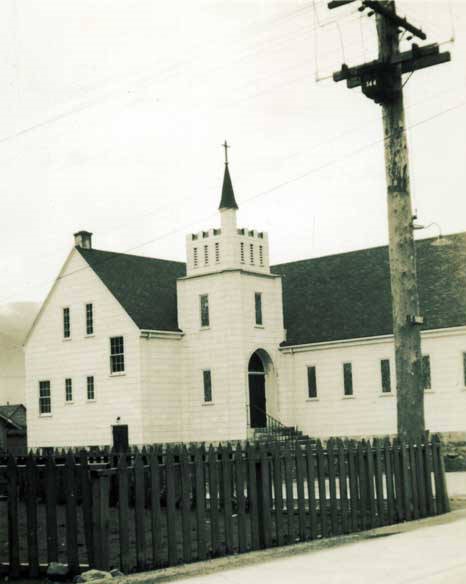 "PHS has been instrumental to this process from providing both the physical and digital archive of Memorial Church, NLUC, Presbytery of Alaska records for the researchers to ground themselves in what actually transpired. Just invaluable. And the speed with which staff turned around our requests for digitizing the records for accessibility was tremendous!"

Stay tuned for our work in the fourth quarter, including progress on the Katie Cannon digital archive, the Black Lives Matter video collection, and more.