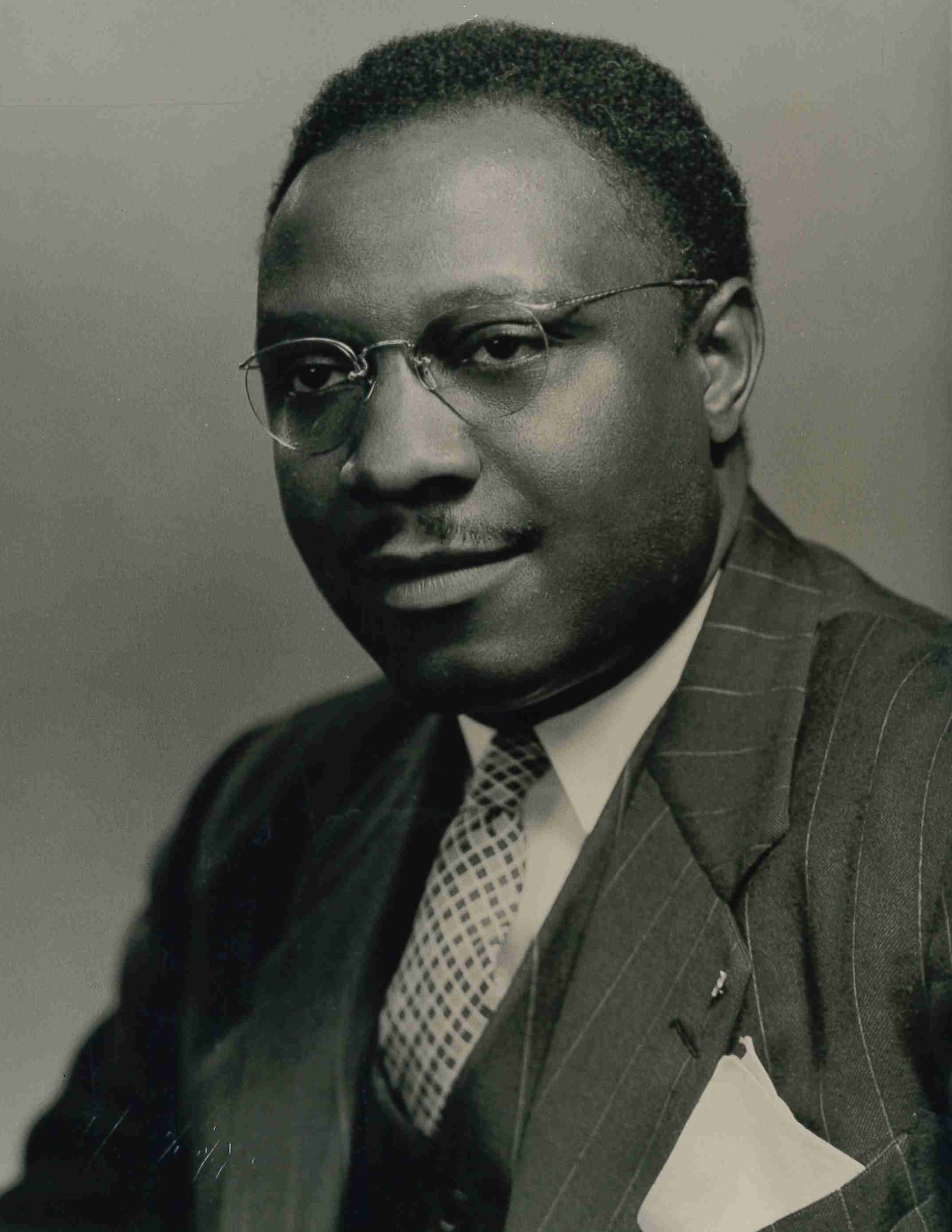 In some traditional West African religions, the crossroads represent a place of power where anything can happen.

It is fitting then that the Reverend Dr. James Herman Robinson chose to name his organization Operation Crossroads Africa because he recognized Africa as being at a figurative crossroads where one road led to rebirth and the other led to crisis. What is remarkable, however, is that the crisis he saw on the horizon was not for Africa per se but for Christian missionary efforts in Africa. In 1954, Robinson correctly identified the need for a different type of Christian mission centered around a holistic understanding of people’s needs and respect for their agency.

James Herman Robinson was born in 1907 in a poor community in Knoxville, Tennessee. He eventually went to high school in Cleveland, Ohio and graduated from Lincoln University near Philadelphia in 1935 as class valedictorian. He was president of the Class of 1938 at Union Theological Seminary in New York City.

Also, in 1938 Robinson founded the Church of the Master in Harlem. He was described as a dynamic preacher and one of the most well-known personalities in New York City. He also organized and directed the Morningside Community Center, which had day care and after-school youth activities, two summer camps (Rabbit Hollow and Forest Lake in New Hampshire), a credit union, and a psychiatric counseling service. Rev. Robinson was ahead of his time as he advocated for a practical holistic theology centered around caring for people’s mind, body, and soul. 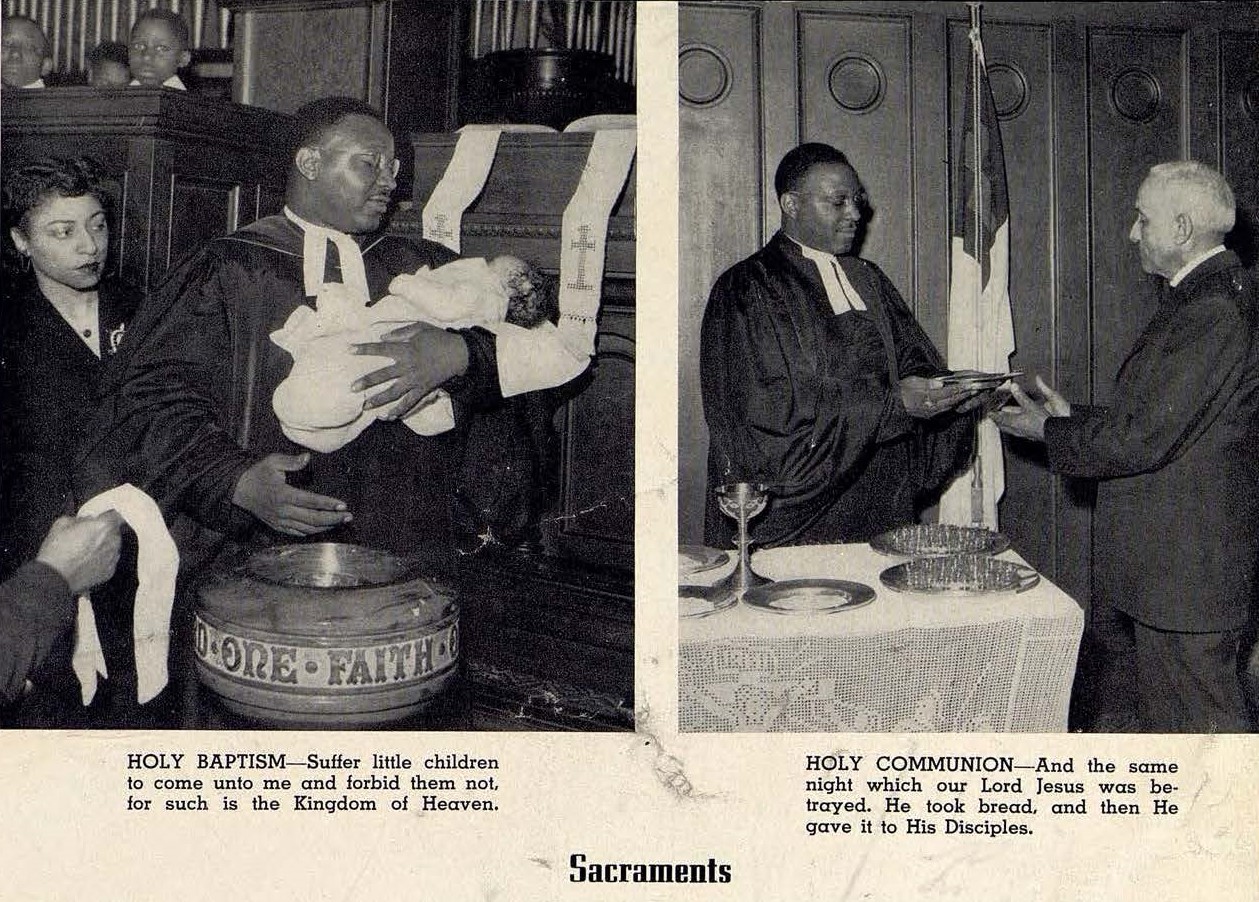 Faith of Our Fathers Living Still (Church of the Master, NY). From RG 425.

In 1951, the Board of Foreign Missions of the United Presbyterian Church, U.S.A., sent Reverend Robinson on a six-month mission to students around the world. His travels took him to Europe, Thailand, the Philippines, India, and Japan. In each place he visited he made it a point to have discussion sessions with the local people after every speech and sermon. What he learned from these discussion sessions was that in each country the local population had unique issues and problems that they needed to address. 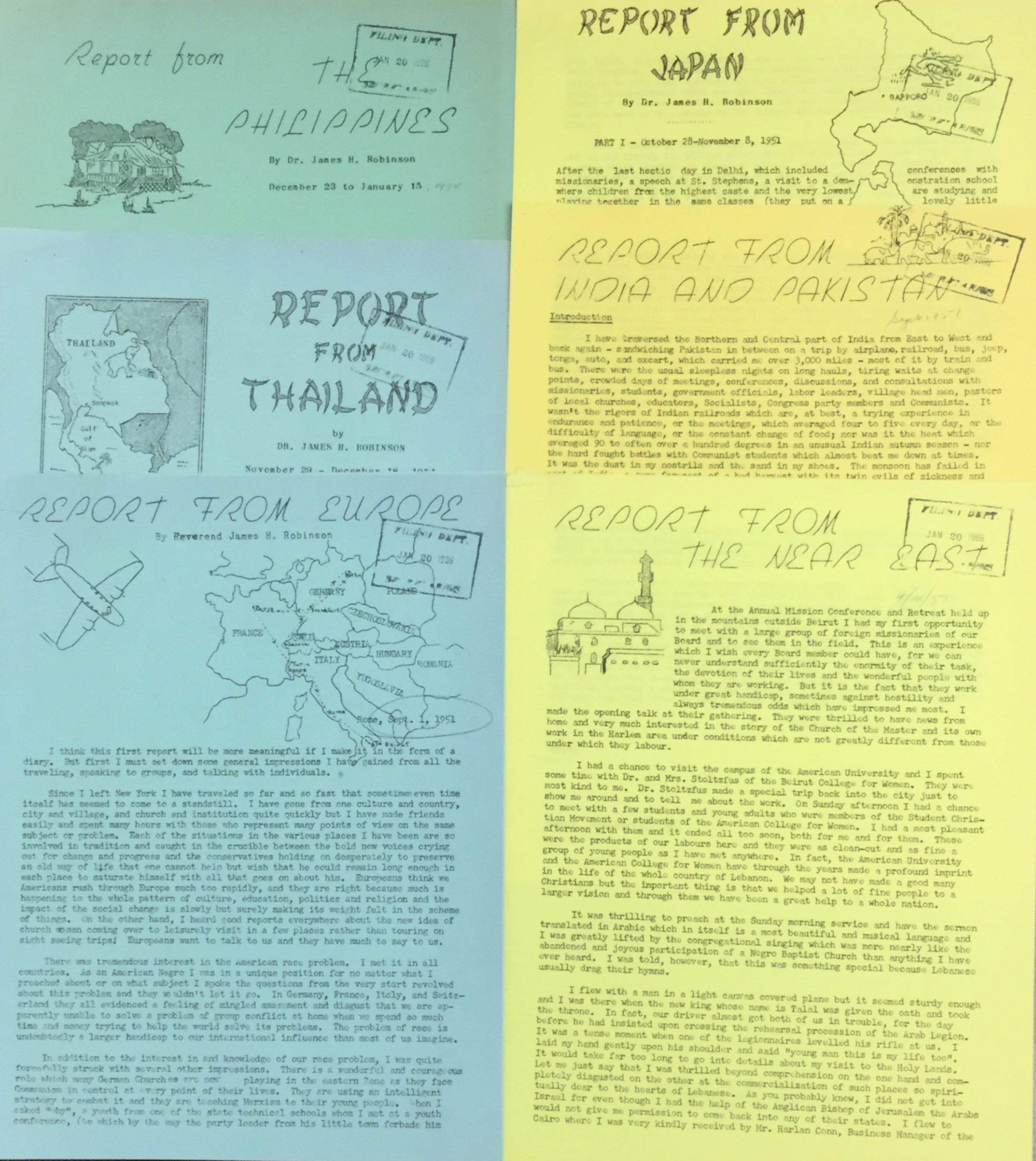 It was during this time that he first developed the idea for a program to bring young college students to Africa. The idea brought together his experiences in Harlem with a practical needs-based theology and his experiences talking to people about what their needs were and building partnerships from there. In the summer of 1958, the pilot program started out in five countries of West Africa, with 75 participants. The group represented 41 colleges and universities across multiple races and religions. 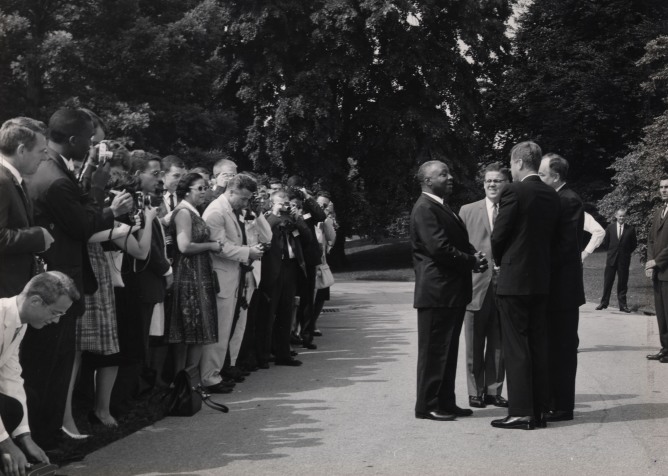 In 1961, Robinson was appointed consultant on African affairs for the United Presbyterian Church. In 1962, he served on the Advisory Council on African Affairs of the U.S. Department of State.

After a lifetime of service to the church and the world, Rev. James Herman Robinson passed on in 1972. We are fortunate to have in the holdings of PHS an audio tape of his funeral service. Stay tuned as we work to digitize this tape and make it available on Pearl, our digital archive.