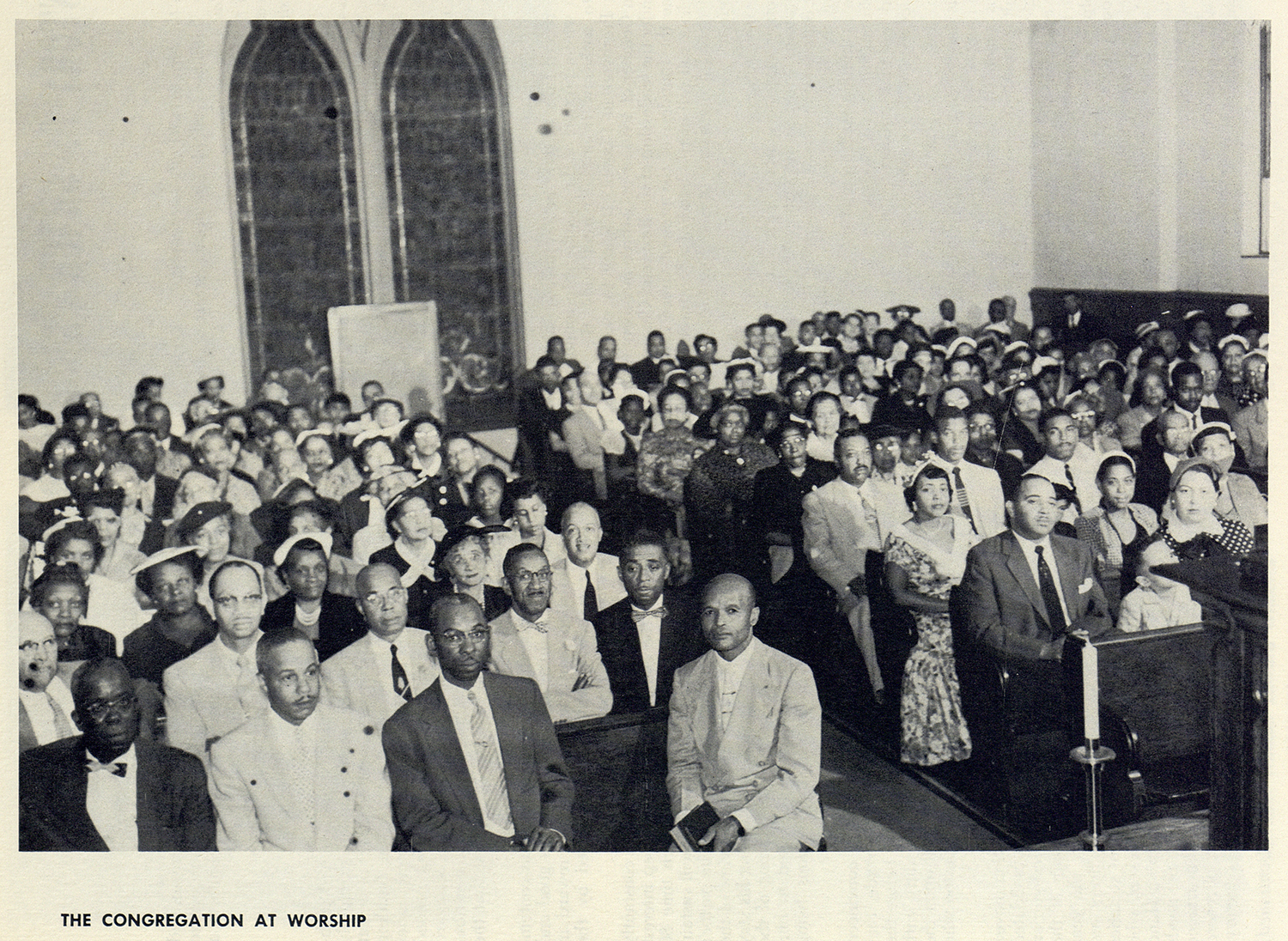 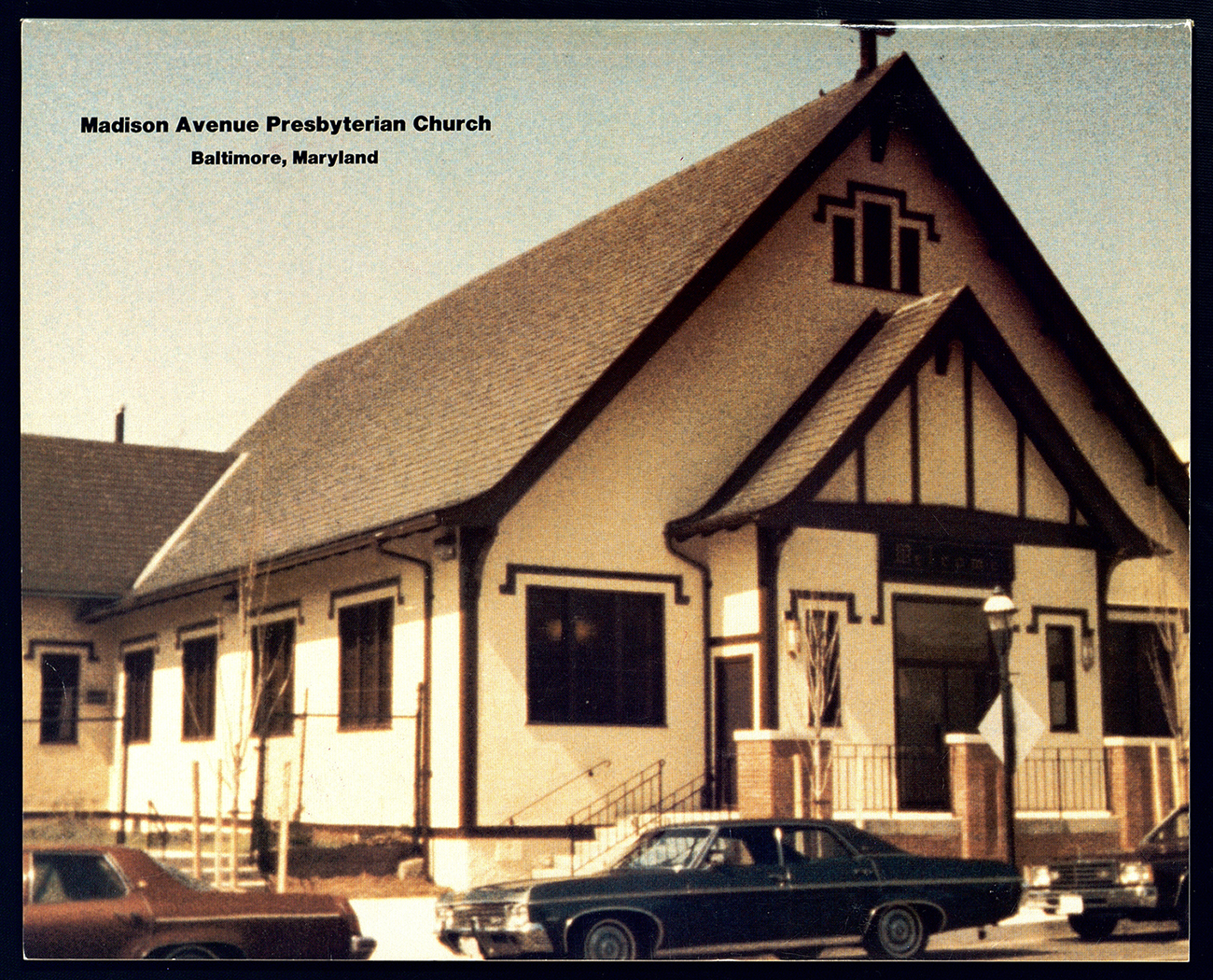 Since 1848, Madison Avenue has actively helped Baltimoreans through its many outreach programs, including Feeding of the Hungry and Ministry for the Homeless, Housing for the Elderly, and the Lillie A. Ross Family Learning Center, which assists adults preparing for the GED exam. The church is active today with approximately 90 members.

A long line of notable ministers and civic leaders have served the congregation. Rev. Hiram R. Revels (1827-1901) served as a pastor of the Madison Avenue Presbyterian Church from 1858 until 1863. Having been ordained in 1845 as a minister in the African Methodist Episcopal Church, he left Madison Avenue to recruit soldiers for the first Black Civil War regiment organized in Maryland. Revels later became one of two African American U.S. Senators to represent Mississippi during Reconstruction. Until his death in 1901, he maintained a deep interest in education and religion.

Madison Avenue’s minister from 1904 to 1918 was Rev. Leonard Z. Johnson (1870-1949). Born in Harrisburg, Pennsylvania, he earned degrees from Lincoln University, Princeton Theological Seminary, and Princeton University. After leaving the Madison Avenue church he worked at Howard University in Washington, D.C. as a professor of English until 1935. While still in Baltimore Johnson served as an official of the city's NAACP chapter and a member of the distinguished American Negro Academy. He died in Washington, D.C. in 1949. 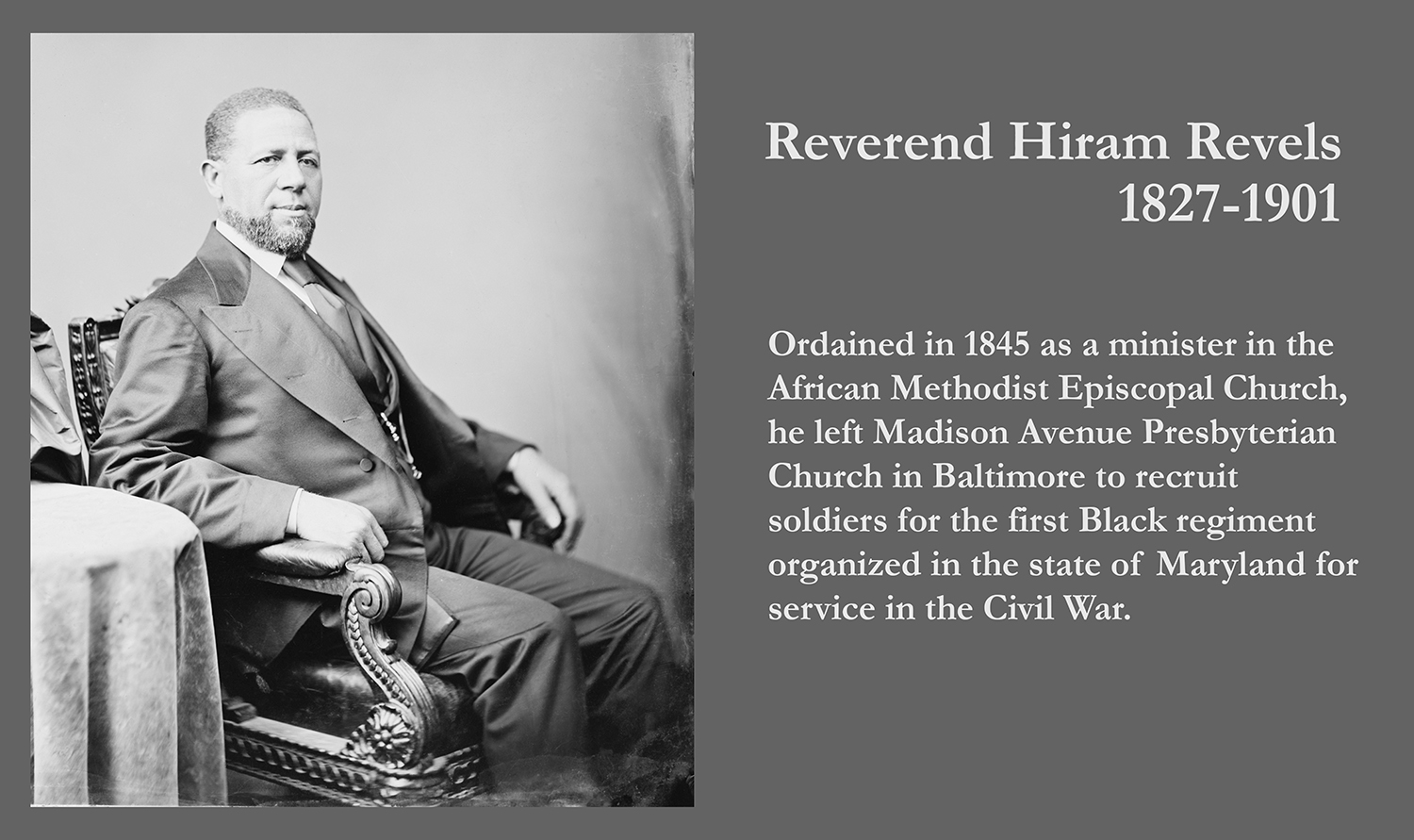 Rev. Dr. William W. Walker (1876-1957) served Madison Avenue Presbyterian Church from 1919 until 1942. He attended the School of Religion at Lincoln University and earned a Doctor of Divinity degree at Union Theological Seminary in New York. Walker worked tirelessly on behalf of the NAACP, YMCA, and National Negro Tennis Association. Of special note to Presbyterians, he helped lead efforts in the 1950s to end segregation in the General Assembly of the Presbyterian Church in the U.S.A.—a predecessor denomination of today’s PC(USA).

The longest tenure of any pastor at the Madison Avenue church was Rev. Reginald J. Daniels (1916-1997), who served from 1944 until 1984. During his tenure women became members of the boards of the congregation and many of the outreach ministries within the church became revitalized. Daniels was involved in many civic endeavors in Baltimore, including the Urban League, the Interdenominational Ministerial Alliance, and the United Way.

In October 1880, seventy-three members withdrew from Madison Avenue to form Grace Presbyterian Church. Since then, Grace’s members have served their community and supported the church's ministry through its Christian Fellowship Circle, Saturday Community Club, and Music Devotion Hour. Under the leadership of Rev. John T. Colbert (1879-1952), a new church building was erected in the 1950s. Today, Grace continues to thrive with the JAM (Jesus and Me) Singers, an annual Back to School Drive, and a leadership development program.

Colbert served as pastor of Grace from 1917 until 1952. During his long and dedicated ministry, the congregation undertook a major building campaign and instituted organizations such as the Ladies’ Aid Society, Missionary Society, and Men’s Club. Rev. Colbert subscribed to the theory that good music was integral to good church programming and during his pastorate the Senior Choir gained a reputation as one of the best church choirs in Baltimore. He served the Presbytery of Baltimore as moderator, was elected to the General Council of the Presbyterian Church in the U.S.A., and was appointed to a number of boards and commissions by Baltimore mayors and Maryland governors. 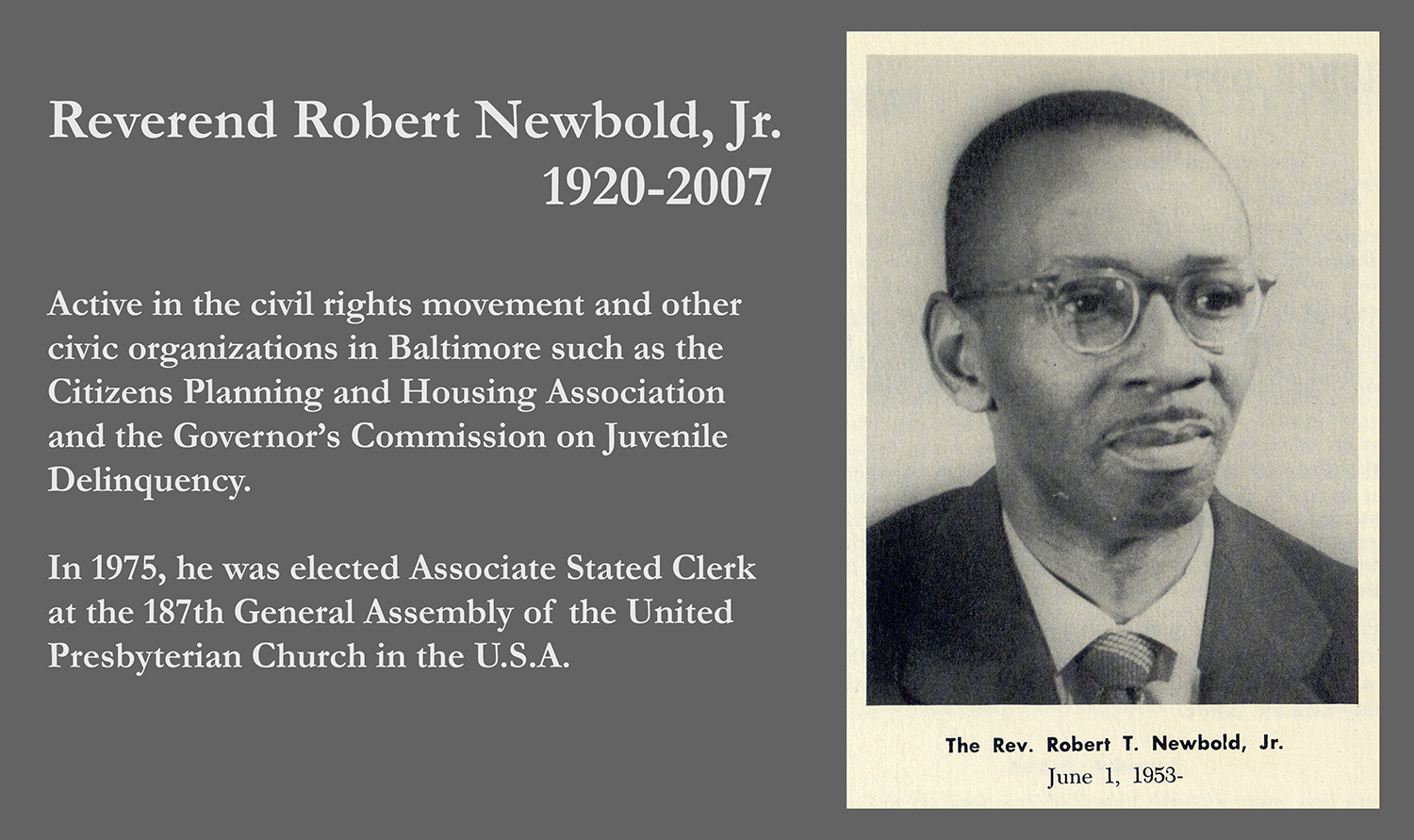 Rev. Robert T. Newbold, Jr. (1920-2007) was elected Grace’s pastor on June 7, 1953 and served the congregation until 1968. Newbold was active in Baltimore's civil rights movement and other civic organizations such as the Citizens Planning and Housing Association and the Governor’s Commission on Juvenile Delinquency. Known as a gifted preacher, he published Black Preaching: Select Sermons in the Presbyterian Tradition in 1977 and contributed many articles to Presbyterian magazines. He served the national church as Associate Executive Secretary of the Department of Ministerial Relations and Associate Director of the Council on Administrative Services. In 1975, he was elected Associate Stated Clerk at the 187th General Assembly of the United Presbyterian Church in the U.S.A. in Cincinnati, another city with deep connections to African American history.