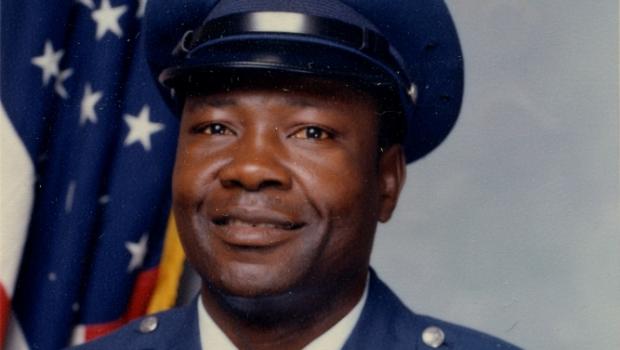 While completing the processing of Record Group 424, our collection of missionary personnel files from 1924-2002, the stories of various African American missionaries stood out. Especially the story of missionary couple Howard and Verna Mwikuta, who were appointed Volunteers in Mission from 1983-1985 in the administrative capacity with Procure and the Christian Literature Program in Zaire.

Howard was born in 1941 in a village outside Ndola, in what was then Northern Rhodesia. His parents died when he was about a year old. After that, he was taken in by his mother’s sister, who later abandoned him when the tribal chief died and the village was vacated. Howard was less than three years old and left to die, but he survived on cassava roots, bananas, and potatoes. At age six, his uncle took him in. He was later placed with a British missionary who taught him to speak English and educated him about Christianity and sports.

Howard was an excellent athlete. A runner since the time when he was left to fend for himself as a child, he later joined his school’s track and soccer teams; he was also a skilled boxer. In 1962, Howard was selected for his country’s National soccer team. In 1964, he participated in in the Tokyo Olympics as a marathoner. By 1966, he was a top athlete in Africa in all three sports. Howard’s soccer stardom led to his coming to the United States as a professional player in 1967. He played for two years with the Atlanta Chiefs, and subsequent years were spent playing soccer in different cities and pursuing his higher education in various Texas universities.

In 1981, Howard was shot in the back when he unknowingly walked into a pre-arranged robbery. The bullet should have killed him, but he miraculously survived. It was around this time that Howard met his wife, Verna.

The fifth of twelve children, Verna grew up in a strongly religious and conservative Pentecostal household in the United States. Her father was a self-employed auto mechanic who served as minister of their church; her mother was a missionary. Perhaps Verna's Christian background, and her mother's experiences, planted the seeds of her desire to travel to Africa as a missionary.

Howard and Verna arrived in Kananga, Zaire in 1983. At first, Howard found it difficult to become accepted by the villagers in spite of being African; they called him mutoke, which translates to "white man." This problem did not last long, however. Howard went straight to work and immersed himself in his mission, instituting a program called Search—in which he searched for what Zairians needed, which was primarily food. Howard provided people with manioc, corn, rice, peanuts, and charcoal. He even helped provide much needed medicine to villagers.

Howard died in his home village in Zambia on February 25, 1988, at age 46. He was not only an exceptional athlete, but a significant contributor to the PCUSA’s mission in Zaire. Remarkably, he was one of the church's first African-born missionaries to work with fellow Africans.