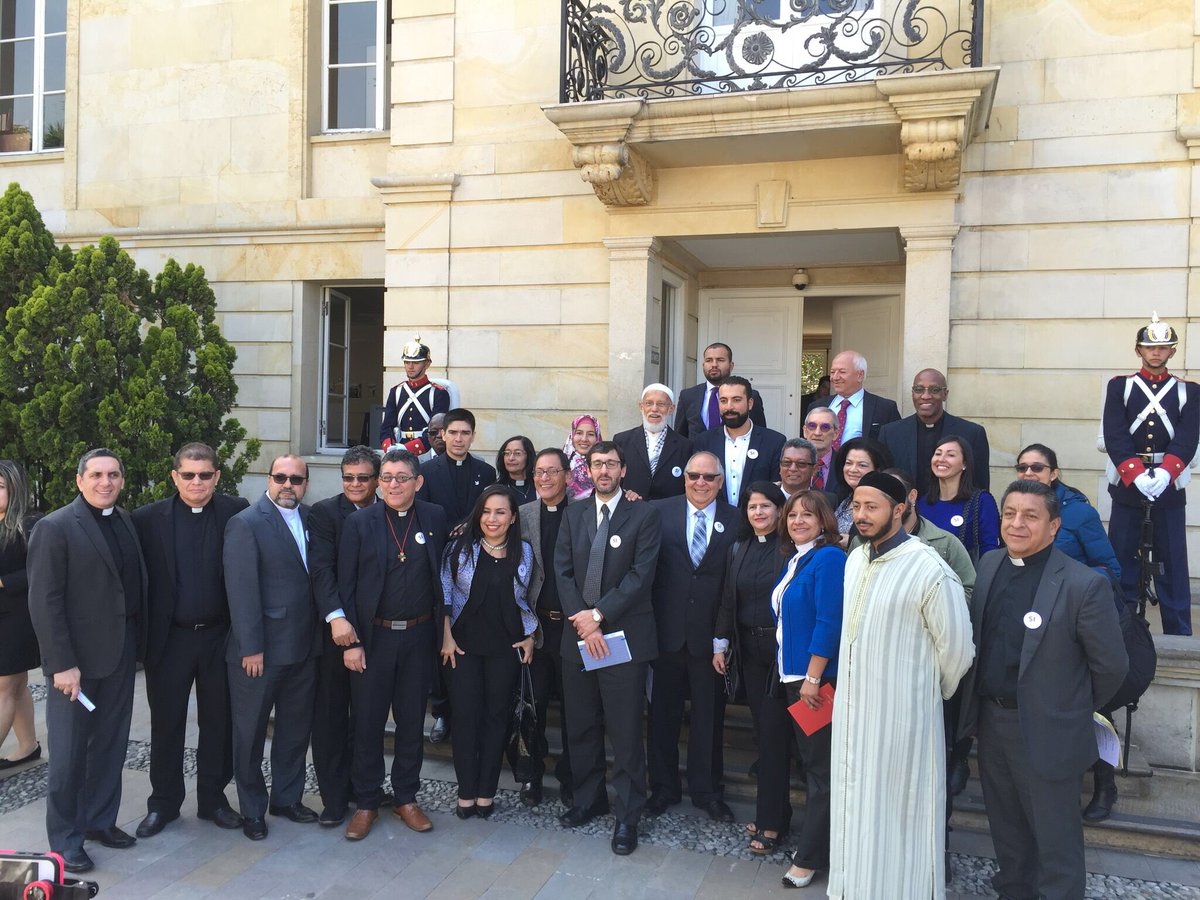 In recognition of PC(USA) Stated Clerk J. Herbert Nelson's recent visit to Colombia as part of an ecumenical delegation supporting the recent peace deal with the FARC, we'd like to present a snapshot of American Presbyterians' relationship with the people of Colombia.

As recently as the 1960s, Colombians faced endemic poverty and unspeakably high infant mortality rates, and community health workers from abroad provided valuable care in neighborhoods which lacked formal hospitals. Among them were Elizabeth Berryhill and Gabriela Olivera, nurses sent to Colombia under the auspices of the United Presbyterian Church in the U.S.A. Commission on Ecumenical Mission and Relations (COEMAR), interviewed above in 1965. That year Colombia's under-5 mortality rate was 114 per 1,000.

Colombia: threshold of the Andes (about 1935)

This 15-minute silent film was produced by the PCUSA Board of Foreign Missions to promote evangelisitc work in Colombia. Presbyterians established a mission station in 1856 in Bogota, but Protestant evangelization did not flourish in the overwhelmingly Catholic country. Our catalog dates this film to about 1935; in reality it probably dates to 1936 or 1937. The 1930 election of Enrique Olaya Herrera ushered in new religious tolerance, and led to passage of the 1936 Constitution, which guaranteed religious freedom. The Presbyterian Church of Colombia was organized in 1937, and worked alongside the American Presbyterian mission until 1959, when the mission was put under the aegis of the national church. To sponsor digitization of this motion picture, contact us here.

William Martyn Baird, Jr. (1897-1987) and his brother Richard Hamilton Baird (1898-1995) were born in Korea to Presbyterian missionary parents. They and their wives served as missionaries in Korea from the 1920s until the United States' entry into the Second World War and the subsequent evacuation of American missionaries from the Pacific theater. During the war, the Baird brothers' families found a safe haven in Colombia.

Be sure to search our online catalog and our digital collections for more touchstones of the Presbyterian experience in Colombia!