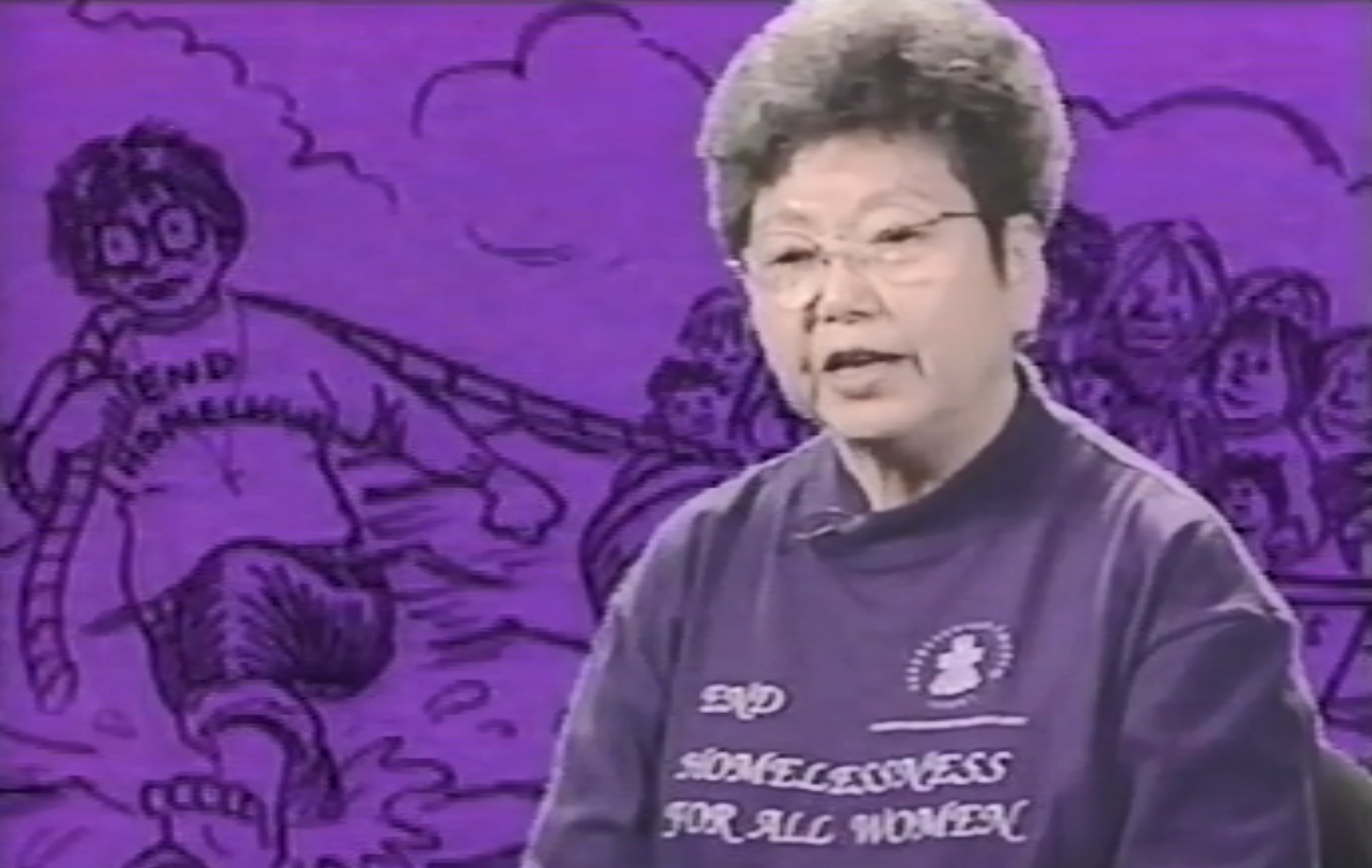 Jean Kim, Presbyterian minister and tireless advocate for the homeless, died over the weekend of July 10-11. PHS recalls her work and ministry.

Born in Korea in 1935, her family fled the north of the country in 1946. She completed a bachelor of Divinity at Han Shin Graduate School of Theology in 1959. Kim immigrated to the United States in 1970, and completed a Master of Social Work at St. Louis University in 1977. She was ordained by the Presbytery of North Puget Sound in 1987, and served the Church of Mary Magdalene in Seattle.

From 1998 to 2004 Kim was a roving homelessness advocate under the auspices of the PC(USA) General Assembly Council. As a speaker, Kim drew on her own personal experience as a war refugee to help her audiences understand the root causes of homelessness, and the nature of homelessness as a social crisis, not a series of hundreds of thousands of individual failures.

She routinely reminded her audiences that a nation as wealthy as the United States should not permit homelessness to occur, and that this kind of failure is sin, which Christians are called to repent of. She chose purple as the theme color of her work because of its Lenten associations with penitence. In "Jean Kim Says End Homelessness" (2000), she reminds us that "Churches are wealthy, owning many rooms. Very few people can answer the question, how many rooms do you have in your church?" Her plain appeal was for each church to open just one room to their unhoused neighbors.

Officially retired in 2000, Kim maintained a brisk pace of speaking engagements, intentionally staying with host congregations in order to limit expense, and to stand in solidarity with the people she advocated for, living a semi-transient lifestyle as a part of her work. She continued to publish video trainings on homelessness and how to end it for the next fifteen years.

PHS is honored to preserve the legacy of this righteous person. You can watch some of Jean's videos in our digital collections.