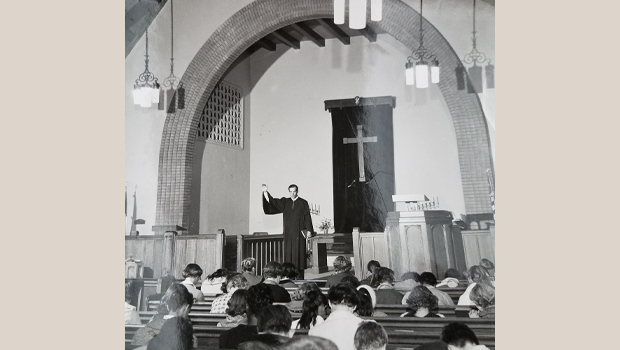 This post is the second in a series looking back a the history of Erie Neighborhood House in Chicago. To read the first installment, click here.

What was the critical factor in the longevity of Erie House? The core of Erie’s story, and a major contribution to its success, is strong leadership. While some of these leaders were ordained ministers, like Rev. George Searles, Rev. Doug Cedarleaf, and Rev. Ross Lyman, most were not.

In 1926, Miss Florence Towne shifted into the role of Head Resident (known today as Executive Director) from her job as kindergarten teacher and director of Girls’ Work; two jobs she had been doing since 1914. She stayed in the Head Resident role until her death in 1951. In many ways, Erie Neighborhood House was her whole life. 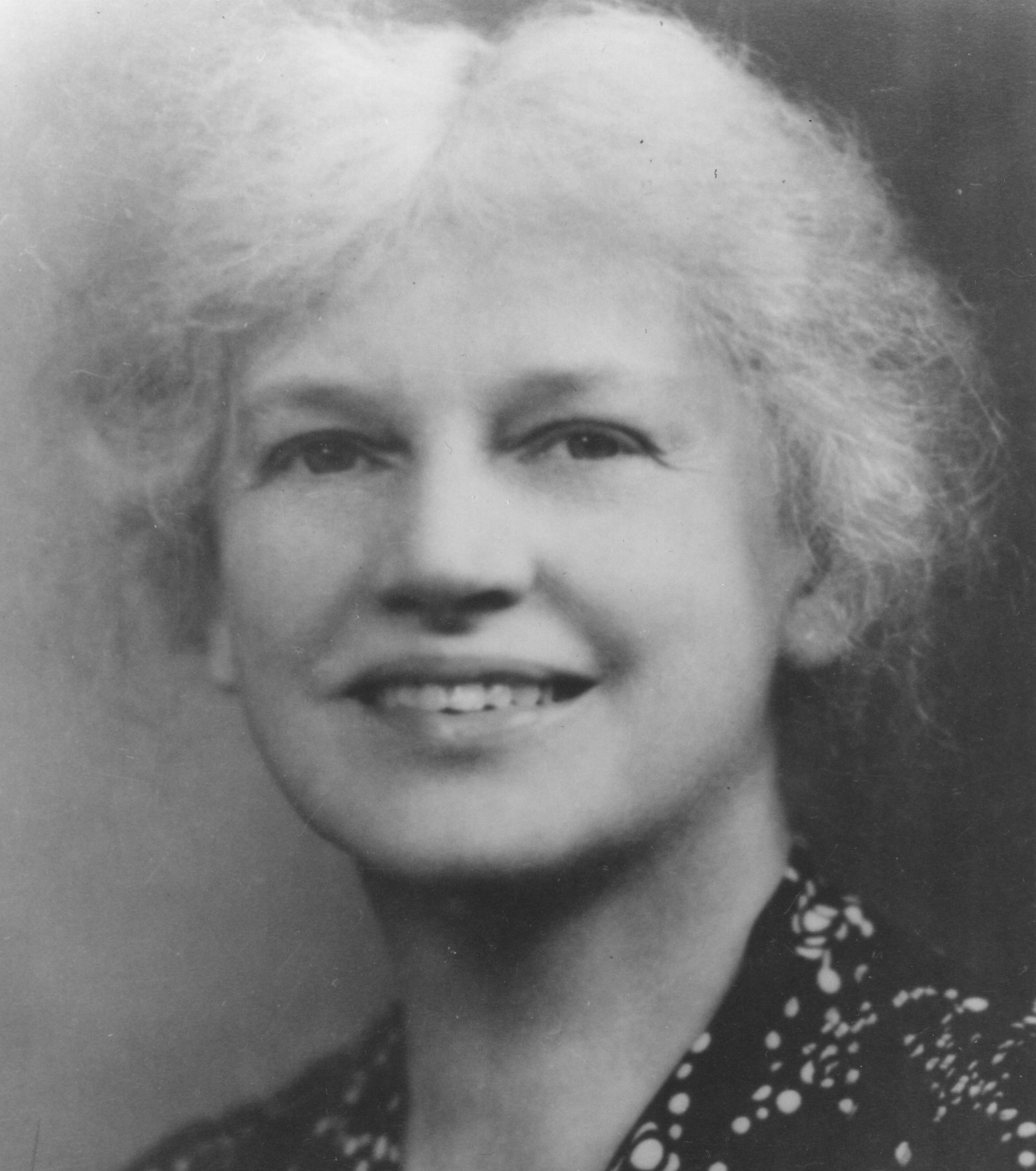 She was succeeded by Ross Lyman, who was a minister. And then by Merri Steinberg, Rafael Ravelo, Esther Nieves, Ricardo Estrada, Celena Roldan, and the current Director, Kirstin Chernawsky. Each made unique contributions to the Erie story.

Standing right behind them, offering support to these Executive Directors, has been the Erie Board.  While faces have changed, the spirit of Erie Neighborhood House passes from one board member to another. They do not micro-manage, but they keep their finger on the pulse of management. Whether it has been writing to friends and family for the Holiday Appeal, or writing checks themselves, they have been beyond generous. 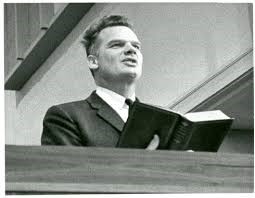 No doubt, the partnership between Erie Neighborhood House and the Presbyterian Church has been long and fruitful. The Presbytery of Chicago, through its Mission Extension Board, has had the vision and understanding of the social gospel. When Holland Presbyterian Church was struggling, they did not walk away. Third Presbyterian Church stepped up and took the Noble Street Mission, as it was referred to before 1915, under its wing. Thomas Templeton along with his sister Hannah, were active members of Third Presbyterian, initially located just west of downtown Chicago. Thomas’ name appeared on the incorporation papers for the Erie Chapel Institute, and years later, Hannah left $100,000 to Erie House in her will. Their generosity made it possible to build the current Erie House in 1935.

Right next to Templeton’s signature was that of Walter Gielow. From 1915 until his death in 1945, Walter provided board leadership and thousands of hours of volunteer time. His wife, Mrs. Evangeline Gielow also supplied leadership to Erie through the Presbyterian Women’s Auxiliary beginning in the 1920s and lasting into the 1980s--long after other auxiliaries had faded. Their son Bob joined his mother on the Erie Board after World War II. Comparable to the commitment of the Gielows, was the Sawyer, Graham, and Schuham commitment to Erie.  From Dr. Alvah Sawyer to his daughter Betty Graham, and her daughter Marjorie Schuham, the family’s involvement in the institution spanned three generations. There was also Harry Armstrong and his son Chuck; and Gerald Fox and his son Steve--Erie Neighborhood House was a family affair. 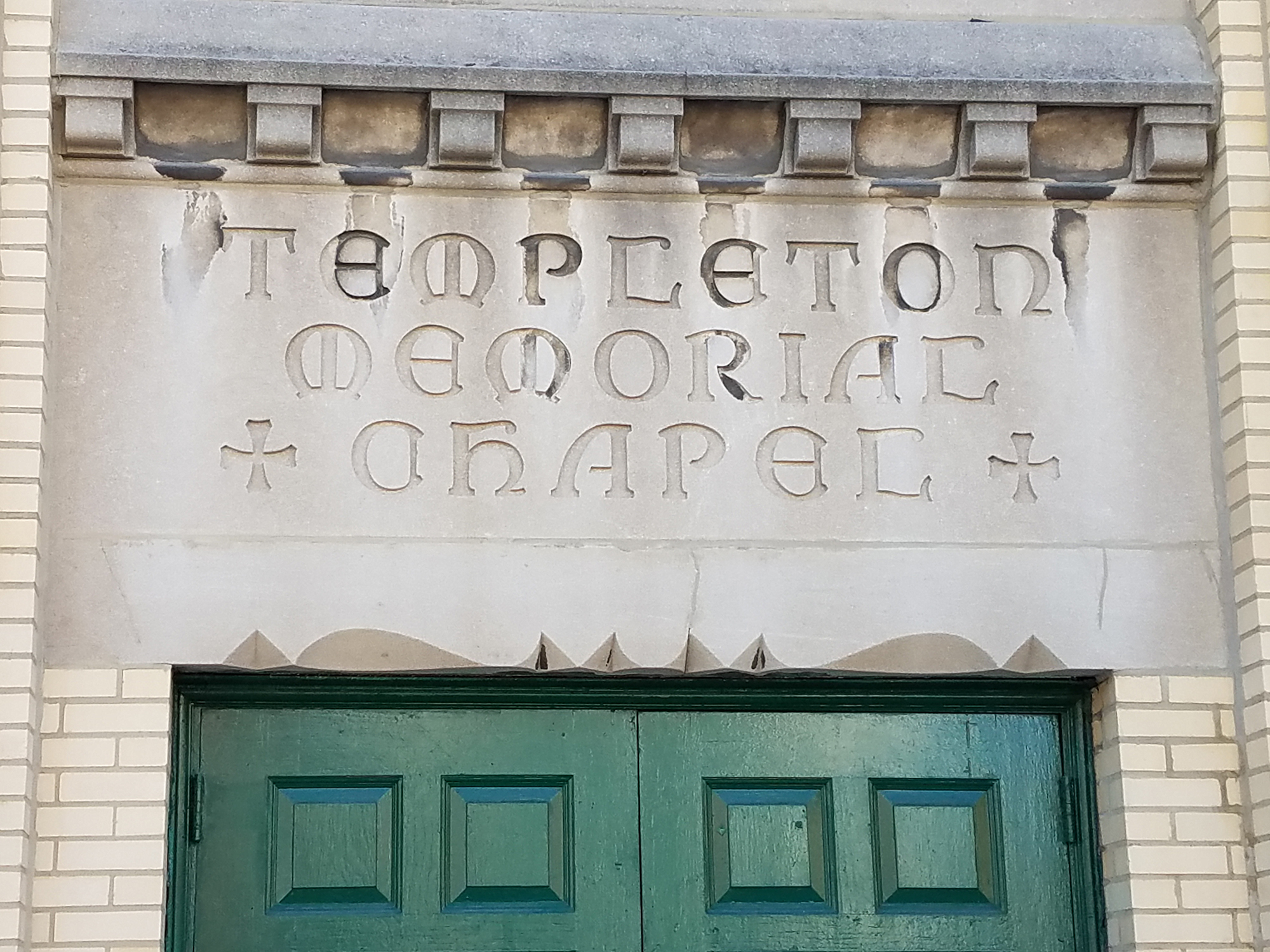 From the time the Erie Woman’s Auxiliary was formed by the women of the church in 1924, it continued to meet monthly at Erie House for the next 60+ years. They raised funds and they raised volunteers and they founded “social enterprises.”  In 1964, their annual Sunshine Luncheon drew 200 women, representing over 30 Presbyterian churches throughout the metropolitan area. Together, these lay men and women put the wheels under the meals, showed up with their boxes on Tag Day, sorted clothes in the Thrift Shop, delivered gifts at Christmas, started a scholarship fund for youth to go to college, and painted a room or two. They showed up on Demonstration Night and applauded the children as they sang, danced, and staged plays. Then, they created the McGaw fund in the 1940s, an endowment and back-up for rainy days, a shelter Erie House has turned to many times. In the 1950s it was valued at around $52,000; in the 21st century it has been valued at over $2 million.

Often leading the way among their fellow congregants was First Church of Oak Park, Illinois.  Whether Rev. Ward was giving feedback to Miss Florence on her book, Neighbors, or Jim McClure of Gardner, Carton & Douglas (now Drinker, Biddle & Reath) was aiding with a legal matter, or Mark Jolicoeur of Perkins & Will was doing pro bono design work on an Erie project, or the women of First Church were holding their annual tea and dropping checks in the basket by the door on their way out, First Church of Oak Park has been a faithful partner. 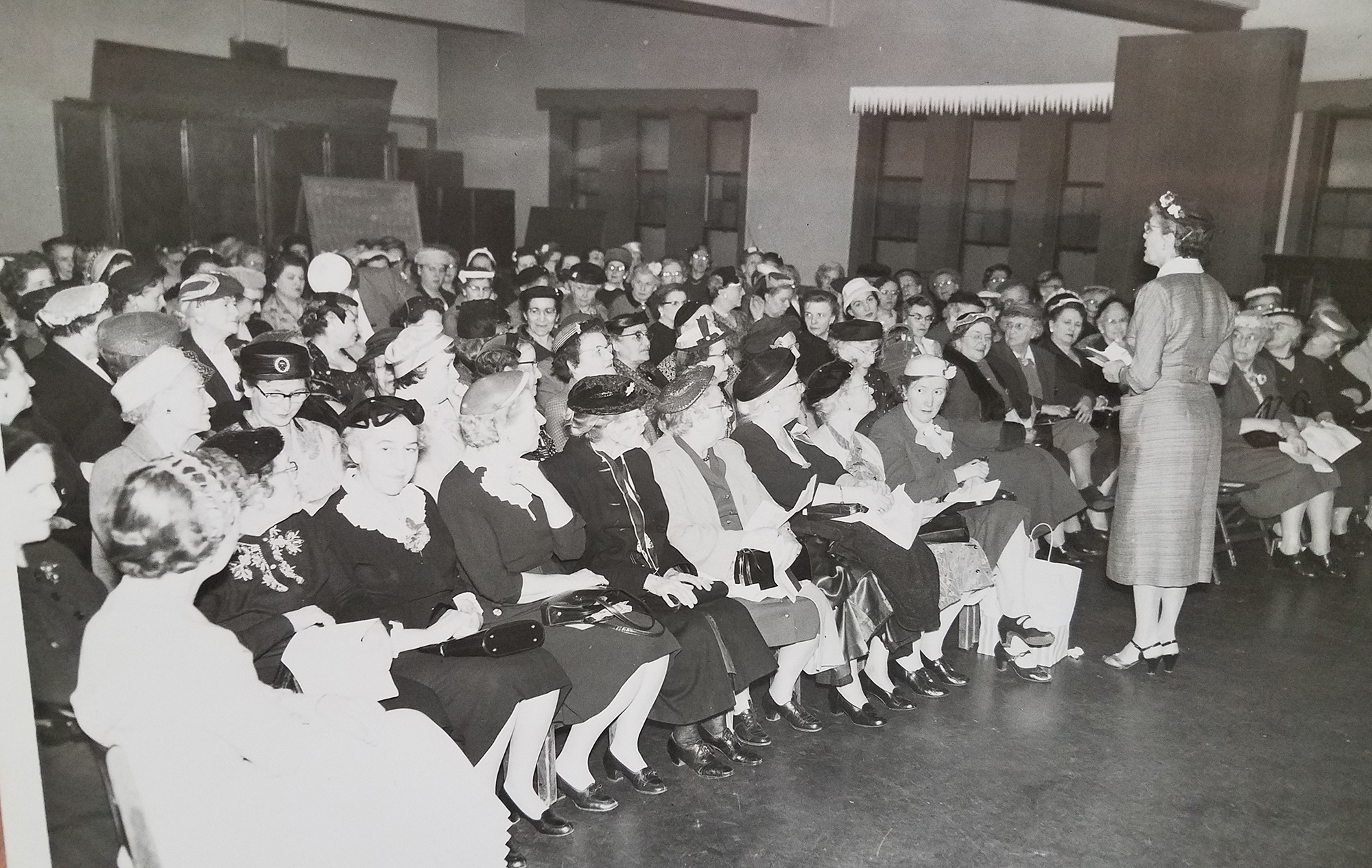 When community activist Saul Alinsky went to the Catholic Church to start the Northwest Community Organization in West Town in 1962, Protestant churches did not hesitate to join in. Presbyterian clergy, some in leadership positions at the Presbytery, were inspired by Alinsky and recognized the social gospel he preached.

They understood the point made by Fr. Richard Rohr, years later, as he argued that there is a problem with religion and/or Christianity, if it makes us feel “separate and competitive,” instead of deeply connected. Dogma was not the issue; taking care of your neighbor was, whatever it took. Erie Neighborhood House’s 150-year commitment to honor their neighbors and community embodies this spirit.
You can read more of this story in my book, A Neighbor Among Neighbors, which you can purchase directly from the publisher, at MIPJ.org, or through Amazon; it can also be downloaded on the Kindle app. 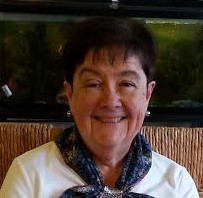 --Maureen Hellwig is a life-long Chicagoan. While she spent her first 5 years as a teacher, most of her professional life was spent in social justice work, as a community organizer and urban planner, at organizations like Erie Neighborhood House. From volunteer to employee, it was a fruitful 50-year relationship, the quality of which prompted her to write A Neighbor Among Neighbors: Erie Neighborhood House – 150 Years as a Home with No Borders. Maureen earned her B.A. in history from Alverno College and holds a PhD in Public Policy and Urban Affairs from the University of Illinois Chicago.