In 1978, several churches took issue to a ruling by the United Presbyterian Church in the U.S.A. General Assembly. The assembly had ruled that although LGBTQIA+ people could join churches, they could not serve in official leadership roles. The churches that heard this ruling and were determined to stand against it began to declare themselves “More Light” churches. The name More Light came from a quote in John Robinson’s Farewell Address that said that God had “yet more light and truth to break forth” from the word. 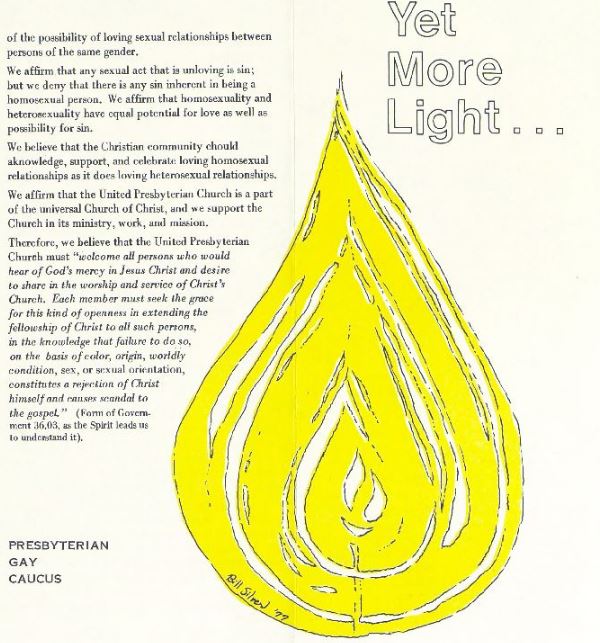 West Park Presbyterian Church in Manhattan was the first congregation to officially declare itself a More Light church. In 1978, Rev. Robert Davidson preached from the West Park pulpit, “This local congregation will not select one particular element from a person’s total humanity as a basis for denying full participation and service in the body of Christ.” [1]

By saying they were a More Light church, congregations were publicly committing to welcoming LGBTQIA+ people into the full life of the community. Some churches had already welcomed LGBTQIA+ members and staff for years, such as West Hollywood Presbyterian Church. West Hollywood initiated the Lazarus Project in 1977, which was a ministry that worked for reconciliation between the church and the local LGBTQIA+ community. A full report from the Lazarus Project is available here. 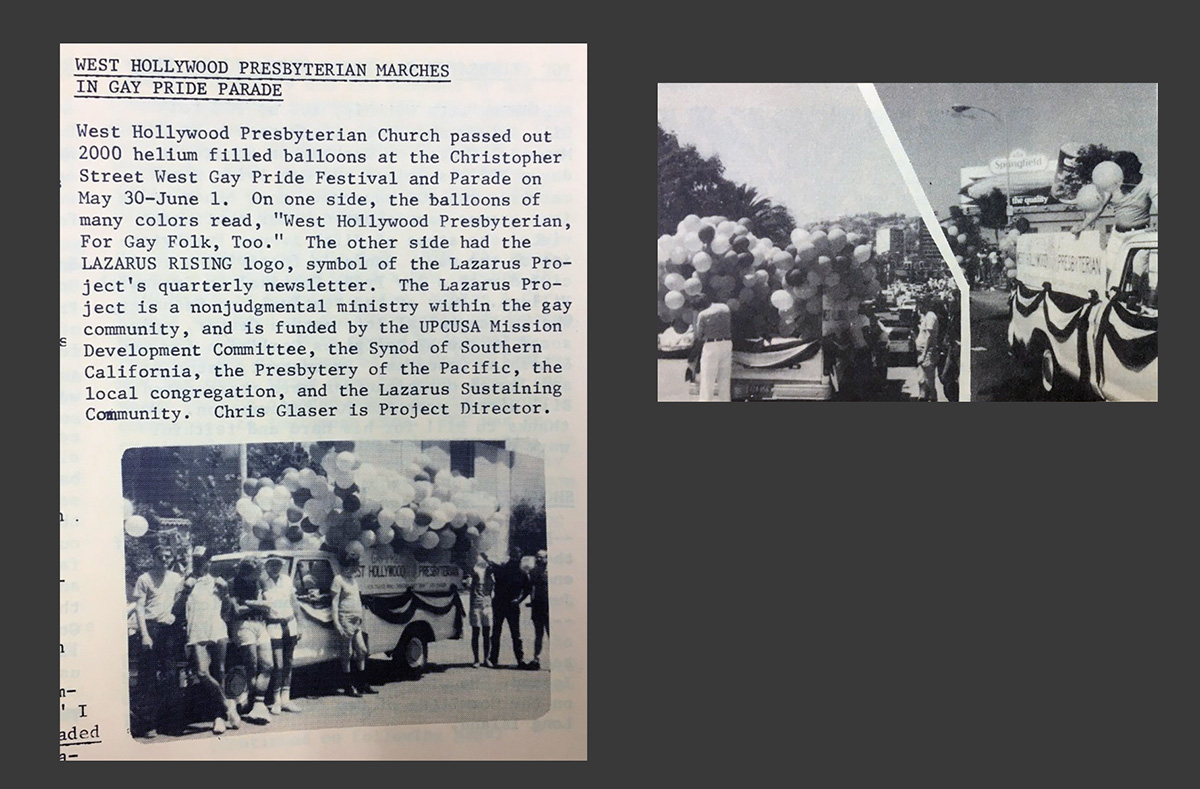 West Hollywood Presbyterian Church passing out balloons during a Pride parade in 1979 [Images taken from the More Light Update, no. 37 and no. 39]

Also available in our digital archive is an oral history with members of the Third Presbyterian Church (Rochester NY) More Light Committee. 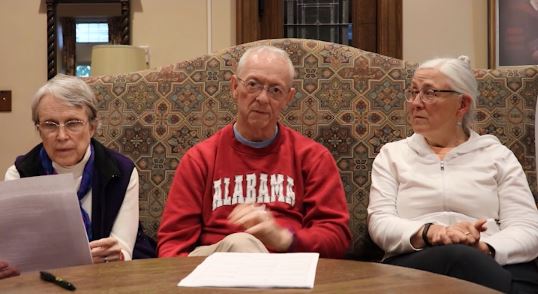 Still from interview with Ralph Carter, Betty Iwan, and Ann McMican who were members of the More Light Committee at Third Presbyterian Church (Rochester, NY). Watch the full interview here.

PHS is actively collecting stories of how congregations declared that they were More Light churches or have advocated in other ways for an inclusive denomination. We are also seeking to collect stories of Presbyterian churches celebrating Pride Month (either in 2021 or years past), including worship services or sermons that focus on Pride.

Please contact Elizabeth Wittrig to hear more about how you can become involved in our LGBTQIA+ History Collecting Initiative.