The Influenza Epidemic and the 1919 PCUSA General Assembly Minutes 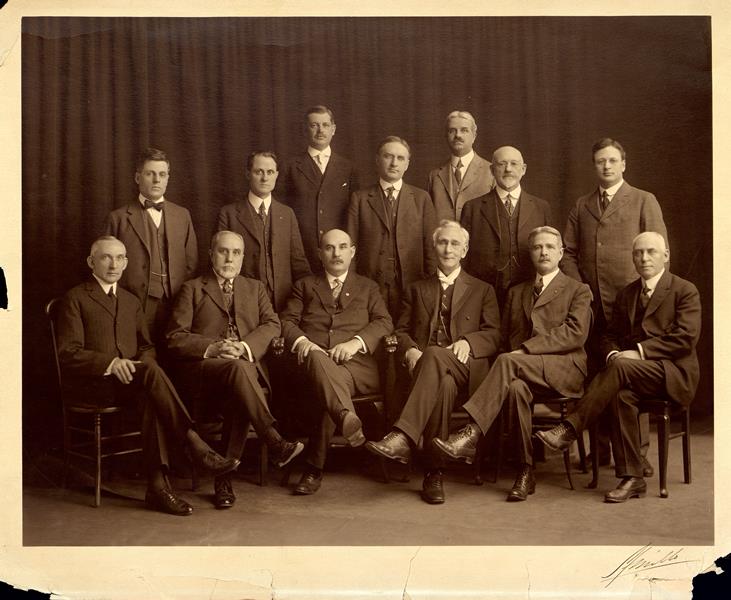 The Presbyterian Historical Society has received a number of questions about Presbyterian denominations and the impact of the Influenza Pandemic that started in 1918. While our building is temporarily closed and our paper-based archival materials inaccessible, we will use PHS digital collections information and other online resources to share information with patrons. 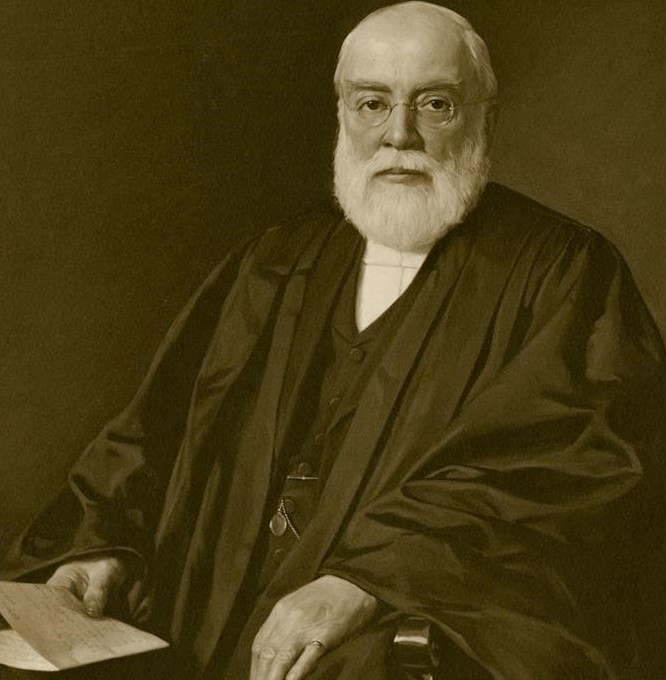 In May 1919, the 131st General Assembly of the PCUSA took place in St. Louis, Missouri—the same city as the PC(USA)’s most recent Assembly in 2018. The Stated Clerk at the 1919 Assembly was Rev. William H. Roberts, whose tenure as clerk coincided with an increase in the prominence of that office in the Northern church.

Reviewing the PCUSA 1919 Minutes I found numerous mentions of the influenza epidemic’s impact on the PCUSA. For example, the Committee of the New Era Expansion Program was forced to cancel hundreds of planned programs across the country: 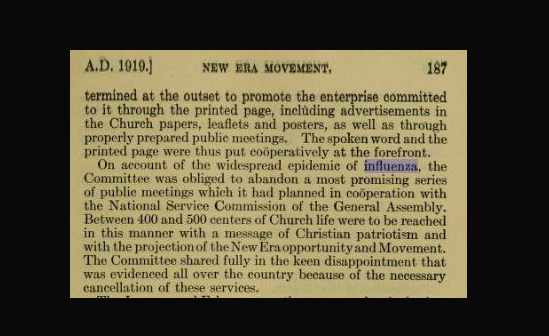 There are numerous other parallels between the situation we are experiencing today with the COVID-19 outbreak and the influenza epidemic of 1918-1919. The 1919 Minutes reference the closing of churches, the cancellation of synod meetings, as well as deaths from the flu: 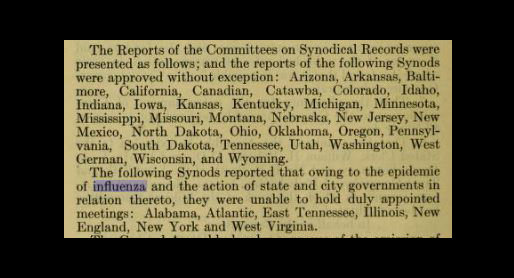 The 1919 Minutes include numerous mentions of school closures:

Lane Theological Seminary in Cincinnati, in its annual report, uses the phrase “We thank God and take courage” when alluding to its trust in providence despite the tragic impact of influenza on the institution. Lane’s former Chair of Practical Theology was PCUSA Stated Clerk Roberts.

In any era, statistics and published statements go only so far toward capturing historical truth. Still, I found my online review of GA Minutes from the two largest predecessor PC(USA) denominations from a century ago reassuring. We are living through a difficult time, but the COVID-19 crisis is not unprecedented, and our response as a society is far more robust in 2020. The spirit and resourcefulness of the Presbyterian Church (U.S.A.) will meet this current challenge with courage and with the help of God.

1919 Minutes of the PCUSA General Assembly

1919 Minutes of the PCUS General Assembly

Billy Sunday and the 1918 Flu Pandemic

Francis Grimke on the 1918 Flu Pandemic in Washington, D.C.