Scandal in Salmas: The Marriage and Murder of Shushan Oshana Wright 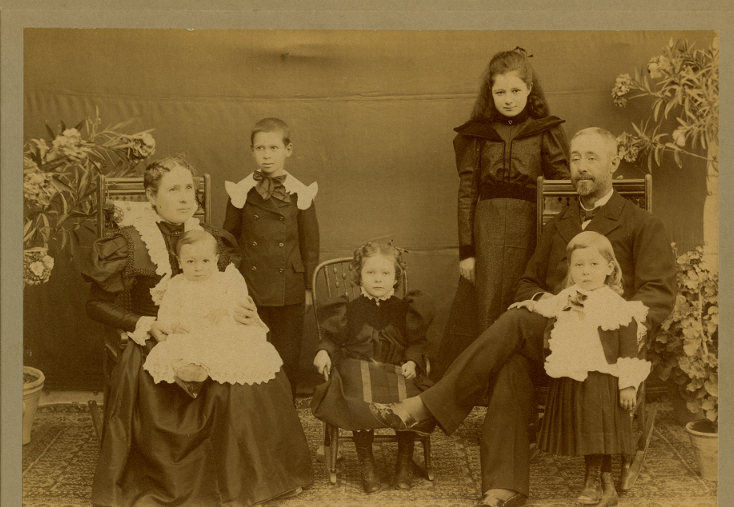 A story from the records of a missionary family in northwestern Iran serves as a reminder of the fraught dynamics of class and ethnicity in the nineteenth century mission encounter.

The daughter of Kasha and Shawa Oshana, Shushan Oshana Wright grew up in the mountains of Kurdistan. Her parents, Nestorians who converted to Evangelical Christianity in the 1840s, worked with Protestant missionaries among the Nestorian community. In her young adulthood, Oshana Wright spent time in the United States receiving training at Ferndale Seminary in Norwalk, Connecticut before returning to Iran. She then worked in several Presbyterian mission schools in Tabriz, where she met John Newton Wright.

Newton Wright was a Presbyterian missionary from Ohio. He began working in the Northwest Azerbaijan region in 1878 and wrote a series of letters about life in the area which were published in the Scioto Register between 1878 and 1881. Newton Wright’s first wife, Mary Letitia Caldwell Wright died in 1879 of typhoid fever. Newton Wright was not popular among other missionaries, who considered him lazy, and his unpopularity only grew when he married the Syrian Oshana Wright in 1885. Their union broke an unspoken but understood rule that missionaries would chose “American” wives. Scandalized by the interracial union, several missionaries refused to host the couple at their stations. J.C. Mechlin, the head of work in Salmas, in present-day Iran, was the only senior official who would receive the Wrights. The couple relocated to Salmas and would have two children: John Veech and Jane Holliday Wright.

Their union broke an unspoken but understood rule that missionaries would chose “American” wives.

Around 1890, an Armenian named Minas arrived to work as a teacher at the Salmas school. He soon began an affair with the children’s nurse, Asli, who was married. When Oshana Wright caught Minas leaving Asli’s quarters late one night, she informed her husband. On May 14, 1890, Newton Wright met with Minas to dismiss him. When he went to a back room to retrieve Minas’s final wages, Minas attacked Oshana Wright, who was sewing nearby, stabbing her repeatedly before fleeing the residence. Due to the remote nature of the missionary school, a doctor was unable to arrive for two days. Oshana Wright, who was pregnant, survived for another two weeks before dying on June 1, 1890.

The subsequent hunt and trial of Minas caused uproar in the region, exposing the tense relationships between the Iranians, British, and Americans. It also hardened many missionaries’ belief that intimate relations with the local population were undesirable; many believed Minas to be jealous of Oshana Wright’s “elevated” position. Although the Americans petitioned strongly for the application of the death penalty, Minas received a life sentence. Less than two years later, he escaped from prison and was never heard from again.

Newton Wright returned to the United States in 1892 and married Martha “Mattie” Evans Wright in the same year. The family subsequently lived in Ohio. In adulthood, John Veech Wright worked as a missionary in China. Jane Holliday Wright, who later changed her name to Jeanette, worked as a teacher in Alaska and settled in Palo Alto, California, where she died in 1982.

The intimate lives of mission workers are almost never revealed in the official paperwork of central headquarters, and the lives of women in the mission field are in particular often obscured; we come to them through family records. For more from the daily life of the West Persia mission, see the Shedd family papers, and the Thomas Kirkpatrick papers, both in Pearl.