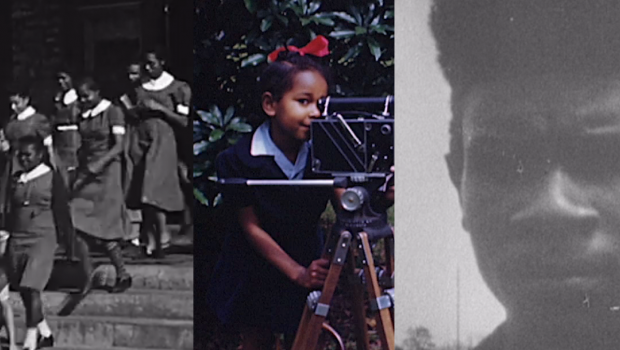 PHS has recently brought online six motion pictures of the African American Presbyterian experience, thanks to the generosity of an anonymous donor. Among them, is a speech by UPCUSA Moderator Edler G. Hawkins, which was presented at General Assembly in 1964. In it, Hawkins calls Christian silence amid the struggle for human rights a form of terror: "What the mood of the Negro is saying now almost sixty years after his early terror -- as it happens again in Birmingham, New York, Chicago, or any place -- is that for the church not to speak, and not to act leaves a silence that is terror to the hearts of those of us, who being Negroes, were yet born into the life of the church, and will die in it."

The collection includes two promotional films created by the PCUSA Board of National Missions: Little Negro Americans (1945), part of the church's Getting Better Acquainted program, depicts for an audience of children the lives of African American children of the rural south and urban north, introducing children to Presbyterian mission hospitals, and to mission schools, such as Boggs Academy. Rise of a Race (1940) is a BNM dramatization of Presbyterian educational work among young African Americans in the south.

The oldest of the films digitized in this batch is a 1935 promotional picture for Barber Memorial Seminary, in Anniston, Alabama. Organized as an African American girls' school in 1896, the Seminary merged into Barber-Scotia College in 1930.

The most radical document is the 1965 National Council of Churches motion picture, We Mean To Stay, on the voter registration and organizing efforts of the NCC's Delta Ministry.

You can see all of these films, and much more about African American Presbyterian history, in our digital collections, Pearl. And stay tuned for more content coming online this year.