A Reckoning in Princeton 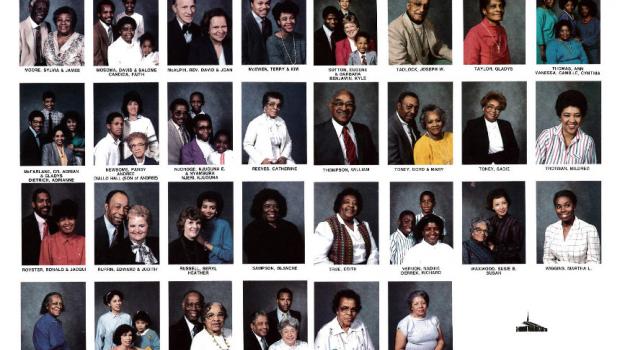 The November 2015 protests at Princeton University brought renewed critical interest in the Presbyterian elder Woodrow Wilson's presidential administration. By segregating the civil service in 1913, Wilson drove African American workers, such as John Abraham Davis, out of government jobs and into the radically diminished employment prospects of the Jim Crow era. The United States continues to reckon with Wilson's legacy.

Another reckoning is also going on in Princeton, where Presbyterians have, after more than a century, endeavored to make amends and reconcile with one another. Like the Princeton #blackout, this story begins with an activist's defense of black bodies; like John Abraham Davis' story, it also begins with getting fired.

William Drew Robeson, father of humanitarian and renaissance man Paul Robeson, was born into slavery in North Carolina in 1844, escaping with his brother to Philadelphia in 1860. He served as a laborer in the United States Army during the Civil War, and graduated from Lincoln College with a Bachelor of Sacred Theology in 1876. On June 25, 1876, Robeson was called to the pastorate of the newly formed Church of the Covenant (Wilkes-Barre, Pa.), organized just the year before by African American members of other Presbyterian churches. He undertook the pastorate of Witherspoon Street Presbyterian Church (Princeton, N.J.) in 1879.

The charges against Robeson began with the accusation that Witherspoon Street--as compared to Princeton's African American Baptist and African Methodist Episcopal churches--had failed to thrive financially, and that he bore responsibility for that failure. An investigative commission of the Presbytery of New Brunswick pursued Robeson for nine months, making its final recommendations in October 1900. As biographers of Paul Robeson have noted, the commission all but makes plain in its report that white members of Princeton's churches were agitated by Robeson, adding as charge number 3, "A general unrest and dissatisfaction on the part of others--meaning Residents of Princeton--who have been the Church's friends and helpers."

Robeson resigned February 1, 1901; Presbytery continued his salary until May. He and his family decamped to the African Methodist Episcopal Church, ultimately serving St. Luke AME in Westfield, New Jersey. In his farewell sermon of January 27, 1901, Robeson urged his congregation not to give in to bitterness or despair: "As I review the past, and think upon many scenes, my heart is full of love.[...] Do not be discouraged, do not think your past work is in vain."

Last August, a three-member panel of the Synod of the Northeast Mission Working Group visited PHS to read the minutes excerpted above. In November, as acts of recompense, the Presbytery formally apologized to Witherspoon Street Presbyterian Church for executing what has been called an "ecclesiastical lynching," and the Synod of the Northeast retired the $175,000 mortgage on the manse the Robesons lived in. Witherspoon Street Presbyterian Church is developing the Robeson manse as a center for the study of human rights and a testament to the Robeson family. PHS Board member Shirley Satterfield is deeply involved in this work--listen to Shirley's oral history of the Robeson family via West Philadelphia's Paul Robeson House--so watch this space for more of the Witherspoon Street story this year.