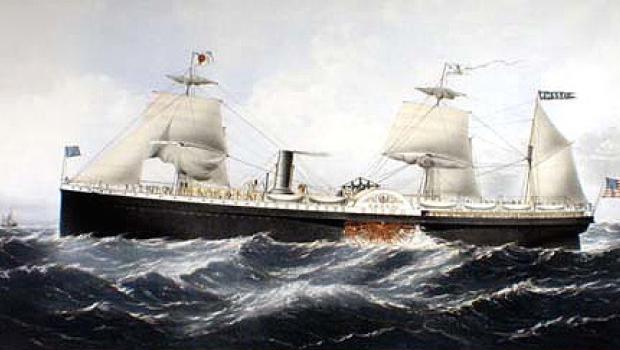 Mary Parke and her husband David Thompson served as missionaries to Japan for over five decades. In this installment from her diary, Mary writes about successes in the native church and about the controversial burial of two Japanese Christians.[1]

Sabbath [Sept.] 27 [1874, Tokyo]: David’s class so large this morning that his little study would not hold them, and they assembled in Ogawa [Yoshiyasu]’s room….I did not go to the Japanese service.  It rained all afternoon.

Sept. 28: Dr. Berry[2] of Kobe here for dinner. He with two others were sent from Kobe to attend a missionary convention, but there is difficulty in calling a convention and on deciding on the subjects to be discussed.—A return of one of David’s old headaches today.—Ogawa’s service at the house near Asakusa very encouraging today, a larger number than usual present.

Sept. 30: Alone all day today. David at Yokohama attending a Missionary Convention. Cleaning the yard and other little surprises completed. Another convention to be here tomorrow.

Oct. 1: The Convention met at ten o’clock today. Mr. Miller[3] with us for dinner. In the after-noon I also attended. The subject of raising up a native ministry discussed at some length….It was determined to have monthly missionary conventions in Yedo [Tokyo] hereafter. Mr. Davis and Miss Talbot [sic.][4] came in and ate a bite with us before going to the train. Mr. Ballagh and Dr. Faulds[5] in talking about mission matters in the evening.

Oct 2: Mr. Ballagh in for breakfast. How I wish the native church matters were settled, and all done according to God’s will! The Convention meets again this morning in Yokohama.

Oct 3: David has gone to Yokohama today also to attend the meeting of the native churches and adopt their Constitution. Mrs. Arthur here saying that “Sammie,” now sick in the hospital, wished very much to see David.—A very pleasant meeting at Yokohama, and the church matters settled.

Oct. 4: Communion Sabbath….In the native church, eight persons professed their faith and were baptized—two children also were baptized. To me a most profitable and happy season, though a mistake of Ogawa at the Communion gave David a good deal of pain.—He has now gone to see “Sammie.” He returned too late to go yesterday.

Oct. 5: How many kindnesses and good deeds for the Master I am constantly resolving to do, and I hope, though in a weak way, desiring to do! But, at the close of each day and week and month and year how little is done!!

Oct 6: Meeting of the native church to adopt their Constitution today. A very interesting time. Speeches from several. Miss Talcot [sic.] of Kobe with us for tea. Her advancement in the knowledge of Japanese tends to make me renew my energy.

Oct 9: The work of the church widening on every hand.—Many desiring to be taught the true way.—proposals for an opening of the country of Awa to the spread of the Gospel. And should that be, David has been thinking can he go! Ogawa thinks he cannot be spared from Yedo.—“Sammie” died and David conducted the funeral services this after-noon.—We have been invited by Mr. Bingham[6] to join a company who will be entertained on the steam ship “China” while  she makes a trial trip down the Bay tomorrow from ten o’clock A.M. till five P.M., but will not go.

Oct 10: We, contrary to our thinking, went on the excursion, but did not get home till eleven o’clock. Notwithstanding mistakes with regard to the distinguished Japanese a fine entertainment was given to the over numerous nationalities represented. The large steamer was nicely ornamented with flowers, vines, & flags. I got sick when we went out into the old swelling ocean, and had to retire to one of the state-rooms below. The journey across the Pacific came back to me vividly and the differences in my present happy lot.—My love would not leave me till I went back with him to the deck, well. The whole day though was delightfully bright and still, the sky and ever decitful [sic.] water favored us.

Oct 12: Mr. Ballagh with us for dinner. Wanted a pass to go to Hakone again, but could not get it from the Minister. Mizuno here asking to be baptized and this gladdens us.

Oct 14: David went to see Dr. McCartee[7] and others about subscribing to pay the salary of a native evangelist or two if able, and met with good success. Messrs. Pote and Stewart with us for tea after prayer meeting.

Oct 17: So many interruptions that it was pleasant to spend this fore-noon in study. After noon David went to see Mizuno at the hospital, and found him better.—Sick, but how everything seemed changed when my love came home and cared for me so tenderly.—Dr. Faulds came in to tell David that Mr. Carrothers[8] had been charging his people with proselyting [sic.] because a young man in his school wishes to unite with our church. David went immediately to Mr. Carrothers and found his charges to have no real foundation. David is determined to have this matter settled with him and all others for the time to come. How far groundless charges should be followed up and an endeavor made to suppress them, God guide my love.  Untrue words that made my spirit burn he has had grace to let pass before, and if it were for God’s glory and the good of his church this might pass also, but it seems not so to be.

Oct 19: David went to preach near Asakusa today. A good congregation of about thirty. Ogawa & Kitahara, also Nimura & Shima have returned from their preaching tour in the country. Their reports show encouragements and discouragements.—Takahashi here to tell David that the Religious department are noisy about the burial of the two Japanese after the Christian manner in which he officiated—the old woman who was a Christian and “Sammie”.

Oct 22: The affair settled with Mr. Carrothers. He was not willing to have a conference, but made all needed amends, David thinks.

Oct 23: We went this after-noon to see some curiosities of ancient Japan. Some of them were one thousand six hundred years old, the owners said, and they were crude enough looking. The second man whose house we visited gave us a “shinjo” [gift], a little flint arrow head and a glass bead that had been found in the grave of some king.—A fire for the first time today—our little stove with its towering pipe fixed at last.—Bought a carpet for the study.

Oct 25: A beautiful warm Sabbath. A good audience at the foreign church….At the Japanese service, the house could not contain those that came. Grateful sights, these. After service, the church-members remained a little to assent to David’s proposed plan of having Sabbath-school every morning and two Bible classes after service every Sabbath. I will enjoy this arrangement much if we can well effect it.—An eclipse of the moon this evening.

Oct 26: My teacher sick today, but came to teach me though she was unable to go to school. Gentle little O Kyo came all the way back with me that I might not be lonesome, she said. Okuno [Masatsuna] here to see about the disturbance the Government is making about the burial of the Christians—Calling at Mr. Verbeck’s this evening.[9] He will teach a class in our Sunday-school about to begin.—Surprised to hear that Mrs. Verbeck’s baby was born one-month ago.

Oct 27: Takahashi wrote a letter today to be signed by some of the missionaries and sent through Mr. Bingham to the Gaimusho [Ministry of Foreign Affairs] concerning the right to bury Christian Japanese according to our way [without cremation]. David taught my classes for me today again—raining.

[1] The Presbyterian Historical Society received the Thompson Papers in 2011, a collection that includes Mary Parke Thompson’s seven handwritten diaries. PHS volunteer Sue Althouse, herself a retired missionary to Japan, has been processing the Thompson Papers, and she has chosen excerpts from Mary’s diaries to share with readers. To see other excerpts, select the Mary Parke Thompson tag from the right hand menu of our full blog. Posts will be displayed in reverse chronological order.

[2] John Cutting Berry (1847-1936) was a missionary for the American Board of Commissioners for Foreign Missions (ABCFM) and medical director of the International Hospital of Kobe.

[5] Reformed Church in American missionary James H. Ballagh and United Presbyterian Church of Scotland missionary Henry Faulds.  Missionaries in Tokyo and Yokohama inevitably provided more than their share of hospitality.  Often foreigners were not welcome at Japanese inns, which were not very comfortable anyway, and so it was a custom to stay for a few days with other mission members if you were in Tokyo for a meeting or in Yokohama before boarding a steamer for the United States.

[6] John Bingham was the U.S. ambassador to Japan.

[7] Presbyterian missionary Dr. D.B. McCartee, who had served in China, was in Japan teaching at Kaisei Gakko.

[9] Dr. Guido Verbeck was a missionary of the Dutch Reformed Church.