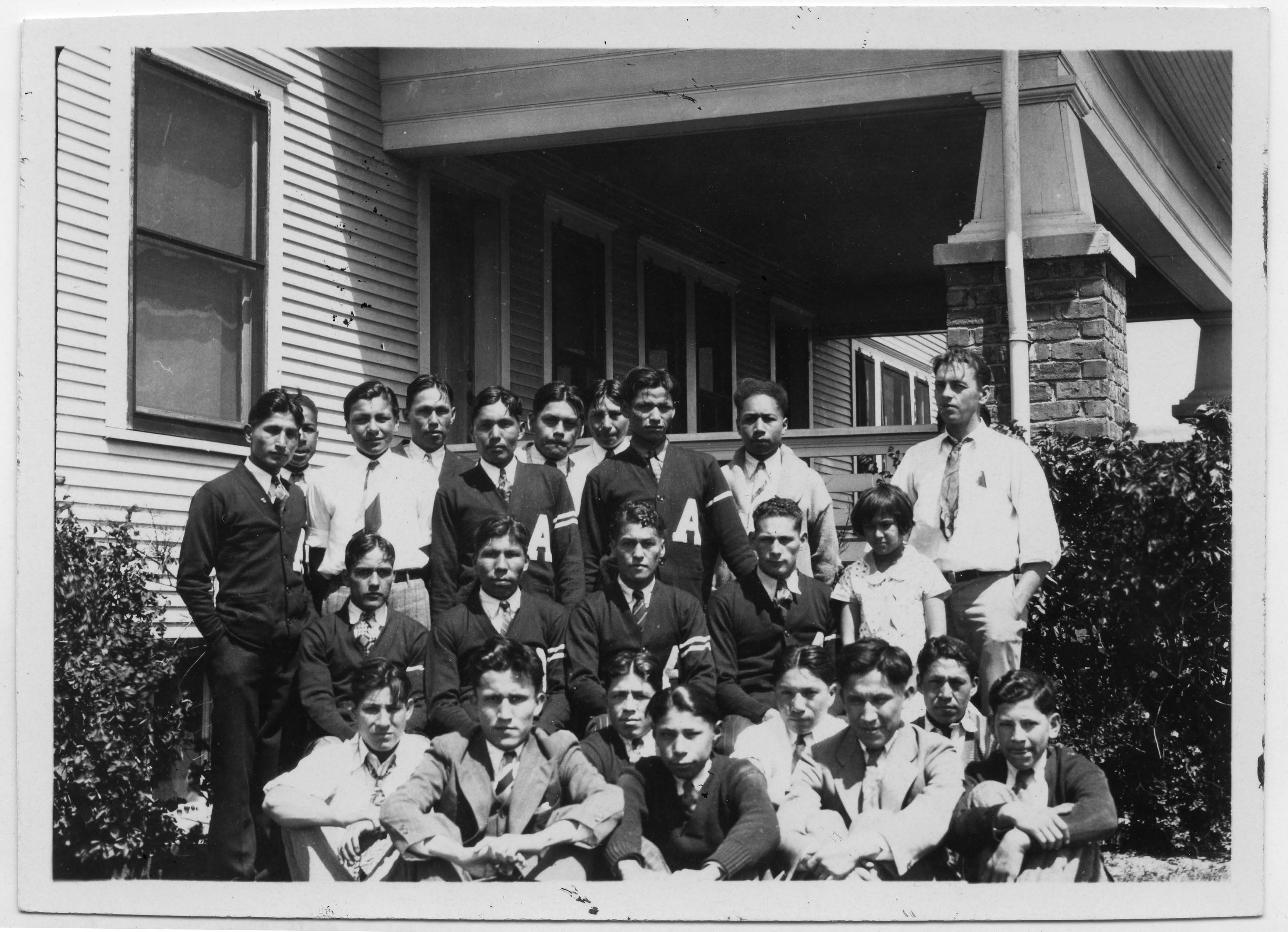 The newly digitized records trace the early founding of the institution through its transfer of leadership to the Board of National Missions in 1931. It includes correspondence (mainly with Henry Roe Cloud), reports, financial statements, contribution registers, and other documents related to running the school. 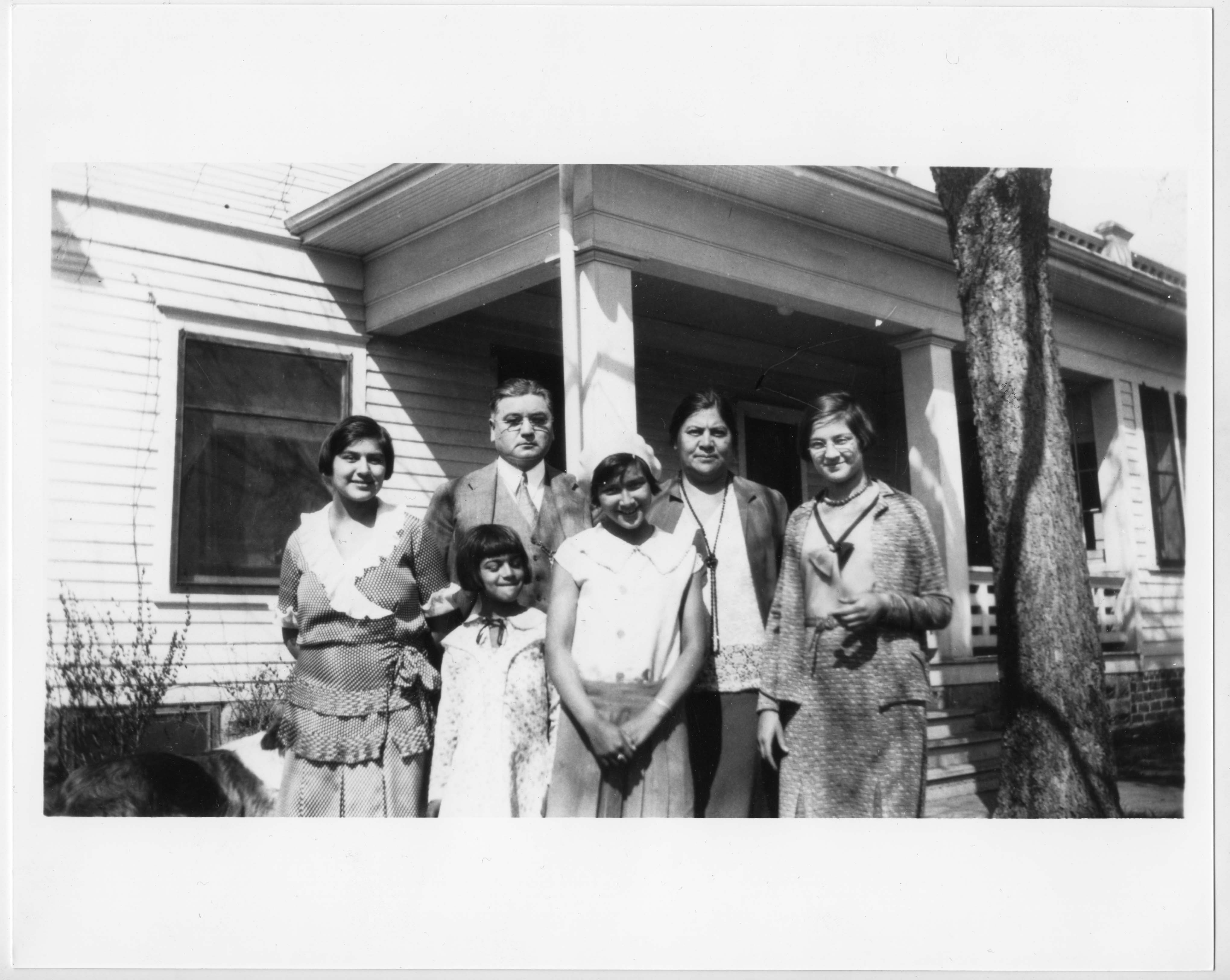 Henry Roe Cloud was born in 1884 on the Winnebago Reservation in northeastern Nebraska. After being orphaned by the age of 13, Cloud spent his childhood immersed in Christian education. He attended both reservation and non-reservation schools, including Santee Memorial Training School in Nebraska and Mount Hermon Preparatory School in Massachusetts. Cloud then enrolled at Yale University, where he held the title of the first Native American to attend. It was at Yale where he met Walter C. and Mary Wickham Roe, two evangelistic mission workers who become his “adopted” parents. After his time at Yale, Cloud continued his studies at Oberlin College and Auburn Theological Seminary where he earned a Bachelor of Divinity degree. In 1913, Cloud was ordained as a Presbyterian minister.

In 1915, Cloud founded the Roe Indian Institute, in Wichita, Kansas—one of the first college preparatory schools for Native American boys in the country. Eventually Roe Indian Institute changed its name to American Indian Institute in 1921. The school was Native-American-operated making it a unique educational opportunity for Indigenous youth.  Cloud’s wife, Elizabeth Bender Roe Cloud, was an experienced educator and activist who helped incorporate curriculum that appreciated indigenous cultures. 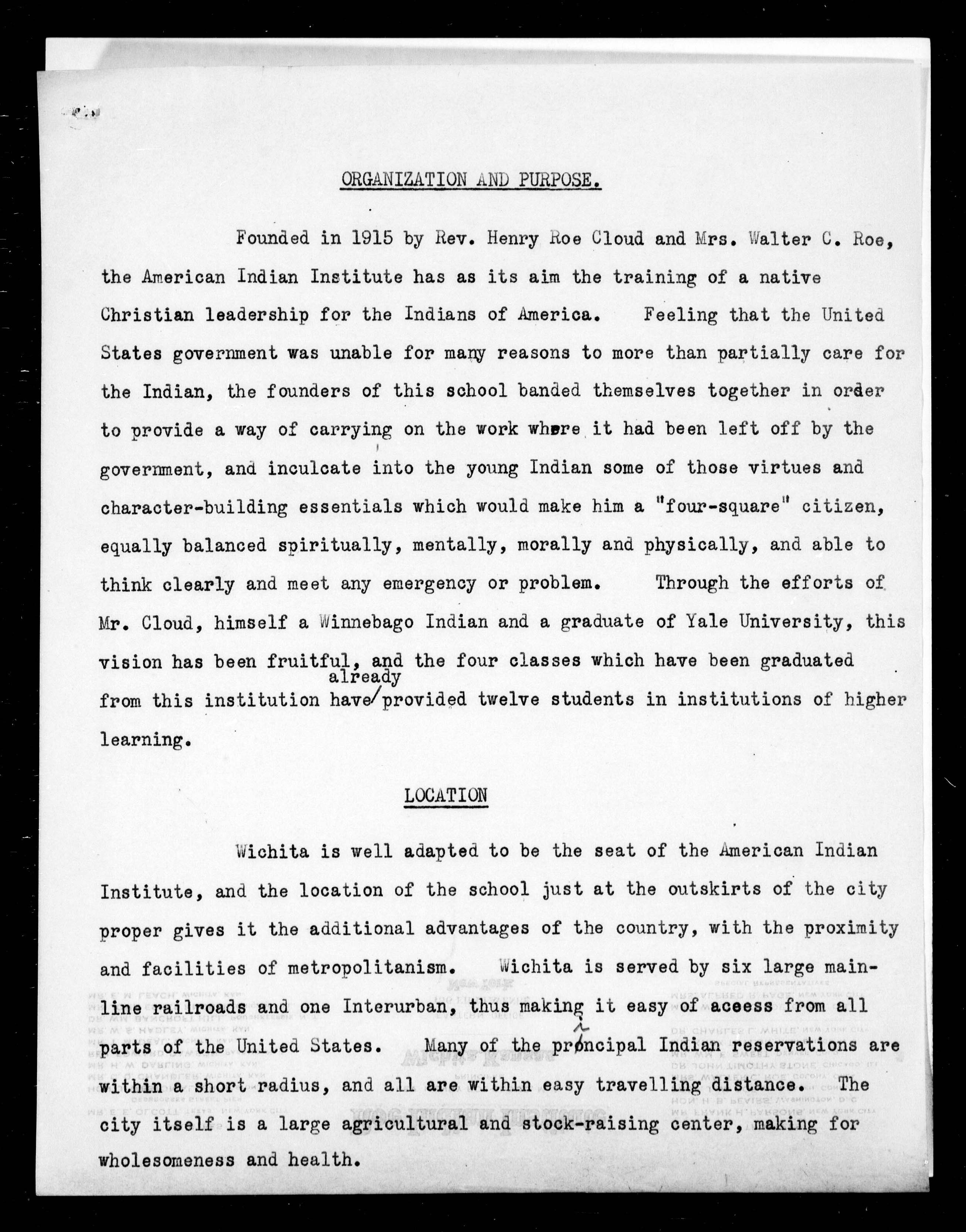 Part of "Another School Year Begins," which reported on the new additions and future plans for the school. Pearl ID: islandora:297223

In 1931, Cloud left the school and began working for the federal government under the Bureau of Indian Affairs (BIA). The US government viewed Cloud as an asset for fostering Native relations and crafting policies. After his stint with the BIA, Cloud became superintendent of the Haskell Institute in Kansas in 1933. His career eventually led him to other Native institutions like the Umatilla Indian Agency, and the Grande Ronde and Siletz Indian Agencies in Oregon. He died of a heart attack on February 9, 1950, leaving behind Elizabeth and their four daughters. 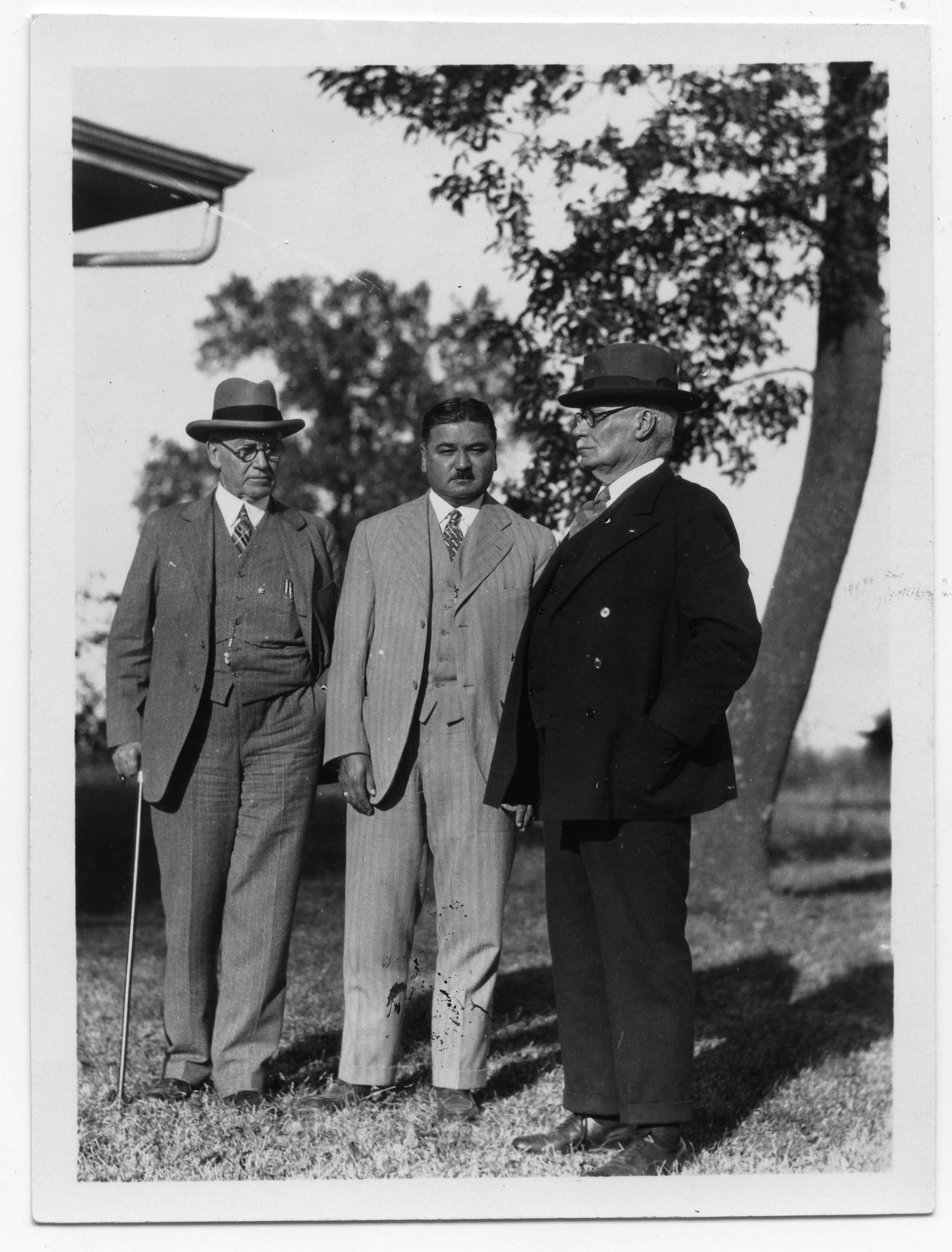 Cloud officially transferred control of the American Indian Institute to the Board of National Missions in 1931. The school remained under Presbyterian supervision until it closed in 1935.  During its 16 years of operation, the Institute was an invaluable opportunity for Native American students—despite enrollment only being available for men. In the early 1900s, the Bureau of Indian Affairs did not offer schooling for Native American students beyond the eighth grade. Although the student body size was small and the graduation rate was not always high, the Institute was groundbreaking in the fight for the right for Native American education. Henry Roe Cloud’s impact on education remains today: in 2010, Yale University celebrated the centennial anniversary of his graduation. 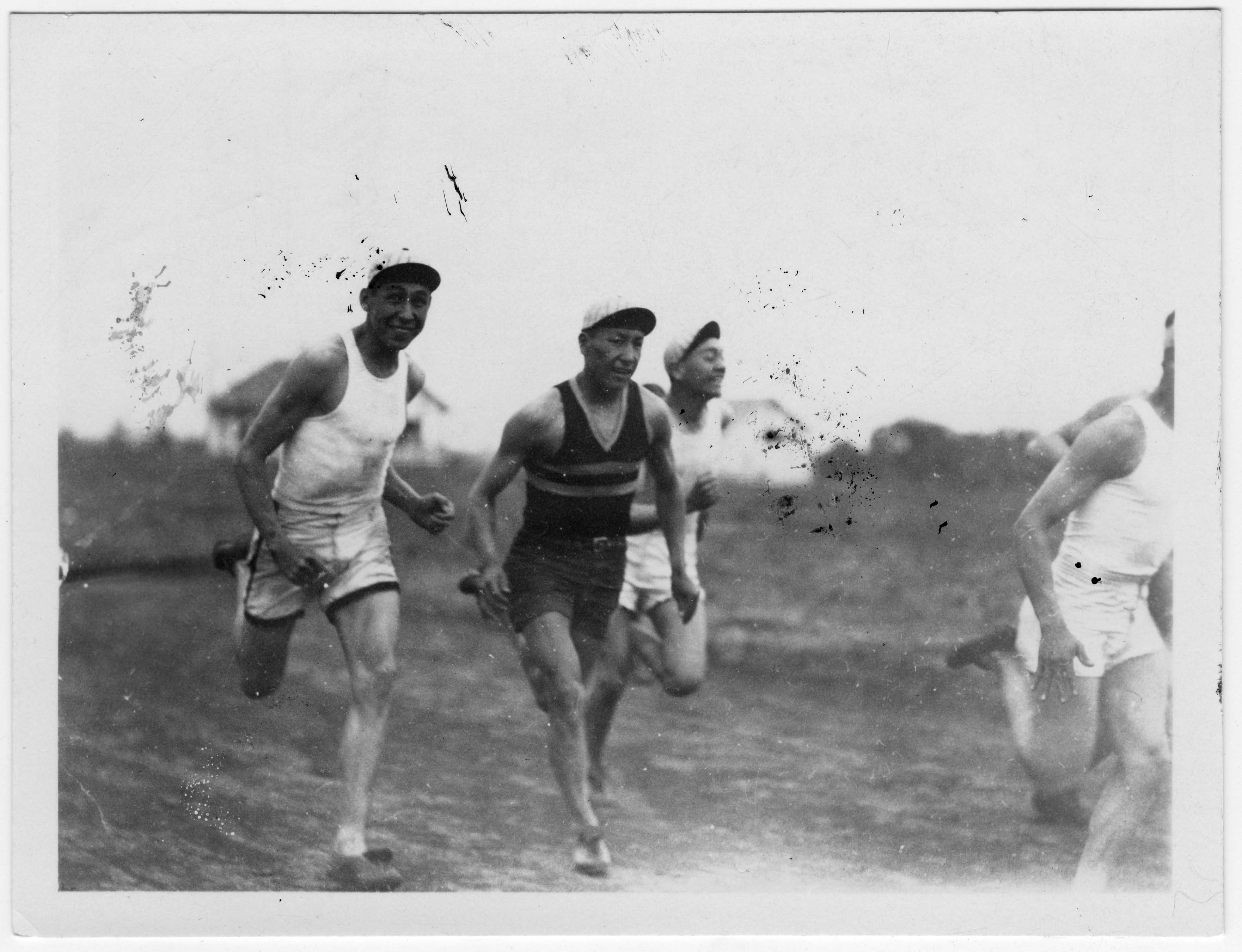 The American Indian Institute was only one of many Presbyterian-affiliated Native American Schools. They range from early mission schools, on- and off-reservation boarding schools, day schools, agricultural and industrial schools, and higher education schools. To aid researchers, PHS staff created the Guide to Presbyterian-affiliated Native American Schools, which offers brief histories of each school (including alternative names the institutions have been known by) as well as a list of the society’s collection materials that speak to the history of the school.

The Presbyterian Historical Society would like to acknowledge the original inhabitants of the land on which our building sits: the Lenapehoking (Lenni-Lenape).