Presbyterians in Chiapas: Displaced and Abandoned 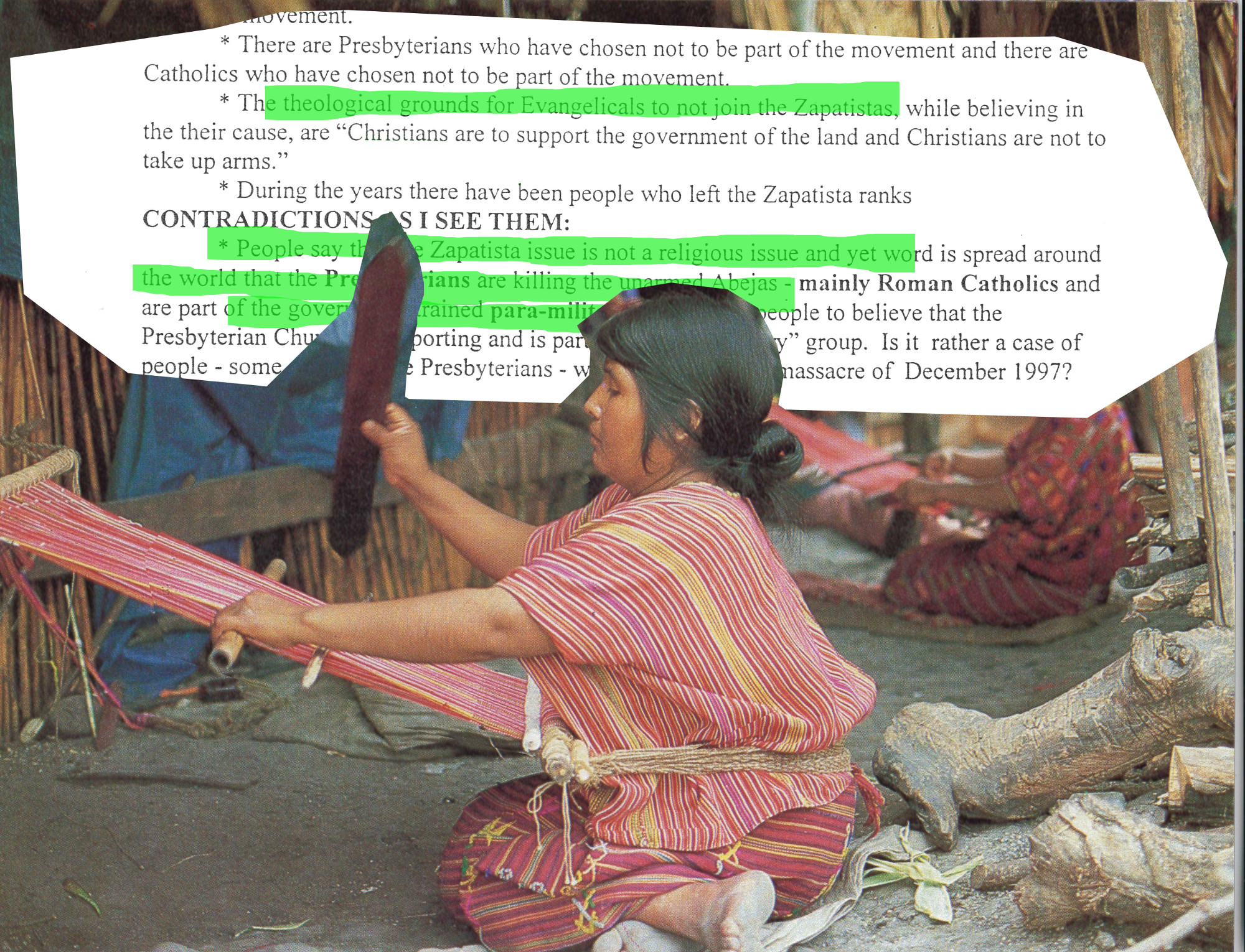 Ninety-seven years ago, the Presbyterian Church in the U.S.A. joined the Reformed Church in America in support of the work of Rev. Jose Coffin of Chiapas. As we continue to document the Protestant heritage of Latin America and the Caribbean, we'd like to share this article by Princeton Seminary's Mark Lewis Taylor, originally published 27 October 1999 in The Christian Century, republished in part here with the author's permission together with images from the PHS collection. Read the full article here.

Amid poverty, war and, occasionally, massacre, the Presbyterians in the town of Polhó in Mexico's southernmost state of Chiapas are singing for their lives. The language of the Tzotzil Maya has a special lyrical quality. Sentences float like melodies in dialogue, rising and falling so that one speaker's tones spill over into the responses of the next. When this church of 700 to 1,000 members worships, their spoken "joys and concerns" become a singing into one another's hearts and minds.

But the lyrical phrasing and song cannot conceal the fact that something is wrong. The weariness that comes from poverty grinds away at nearly all the church's members, most of whom are displaced persons—part of the 8,000 internal refugees that make up this community of 11,000. More than half of all the internal refugees in Chiapas live in Polhó. 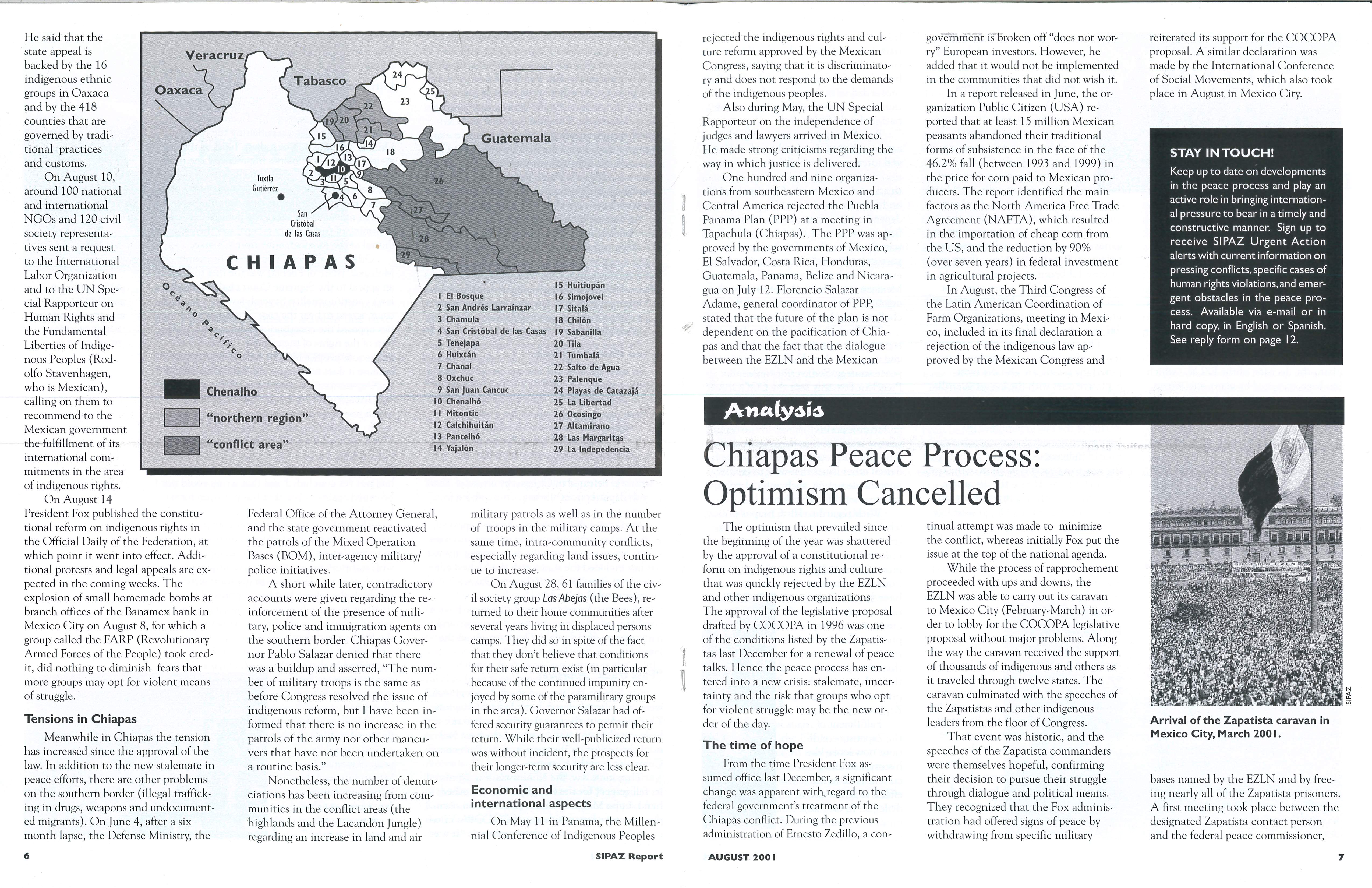 You can also sense the fear haunting these refugees' lives. Has their flight taken them far enough, to a place safe enough?

Flight did not take many far enough when they settled in the small hamlet of Acteal, just two miles down the road from Pohló. There, on December 22, 1997, paramilitary forces massacred 45 unarmed Tzotzil refugees. Among these were seven men, 22 women (four of them pregnant) and 18 boys and girls (one an infant).

Paramilitaries called "the Red Mask" took the latter part of a morning and most of the afternoon to hunt through shrubbery for terrified women and children hiding from bullets and machete blades. Despite warnings about the massacre, given before and during the incident, the area's state police and federal army took no action. 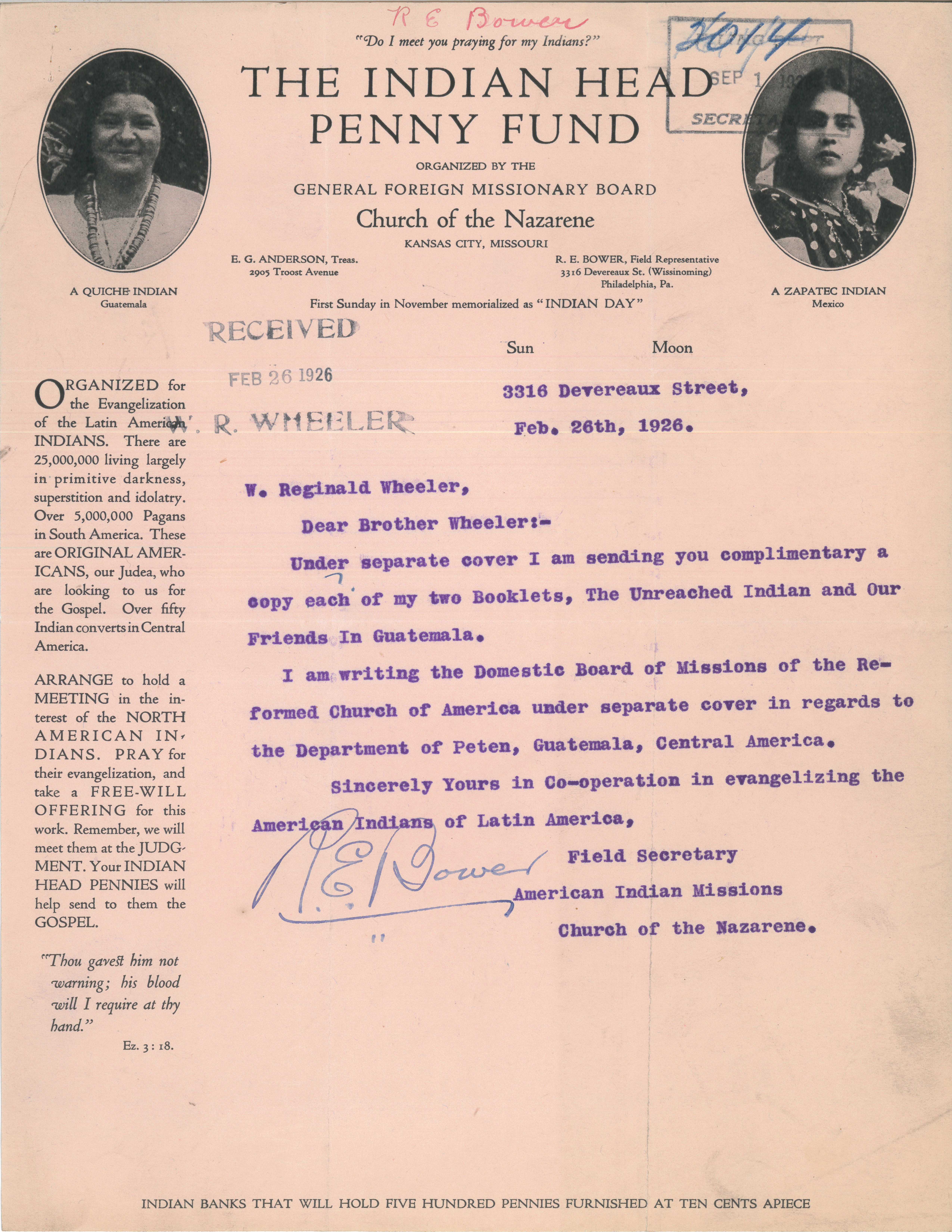 Mass was said the next day by Catholic Bishop Samuel Ruiz García. His text for this Advent horror was Matthew 2:18: "Rachel weeping for her children; she refused to be comforted, because they are no more." The refugees in Polhó do not want to meet Rachel's fate. They guard the entry to their town, the women sitting shoulder to shoulder along a rope as one part of a makeshift security system.

With so much need and so much fear, you would think the Presbyterians of Polhó would have the support of other churches throughout Mexico and the world. After all, Presbyterians champion their "connectional life," joining local, national and world Reformed bodies in one ecumenical church. But Polhó's Presbyterians are not grafted in.

"We have been abandoned," says the lay leader, voicing a frequent lament. "We do not have a pastor."

"Polhó's lack of a pastor is just an oversight," muses a Presbyterian minister in the Chiapas colonial city of San Cristóbal de Las Casas. "The national Presbyterian leadership in Mexico just doesn't always know what the needs are at the local level." 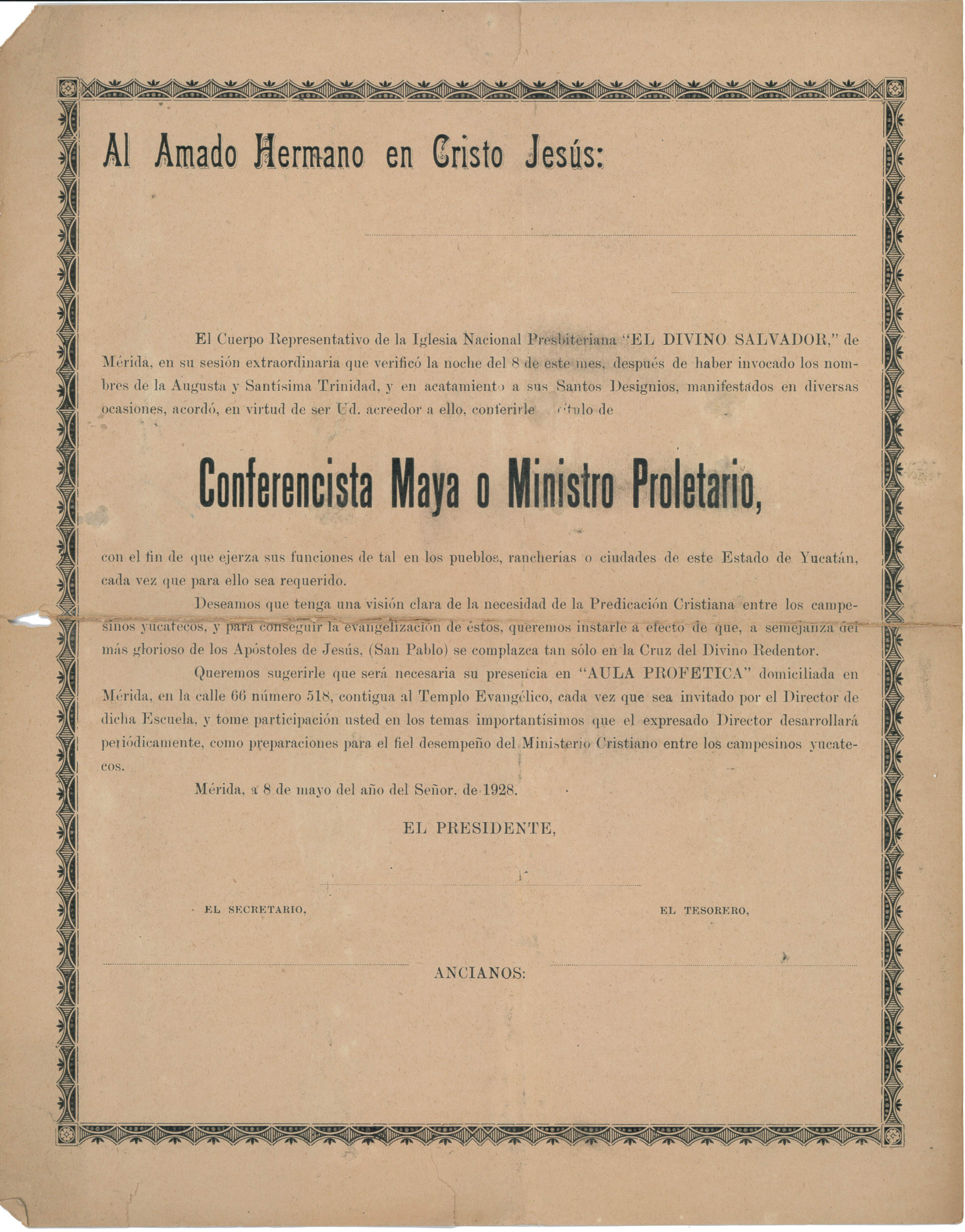 This exile status of the Polhó Presbyterians is one result of the storm raging in Chiapas. It is not primarily a religious storm. Though there is religious conflict, the underlying issues are political. The various religious groups are being blown about—and often are divided—by social, economic and political forces. 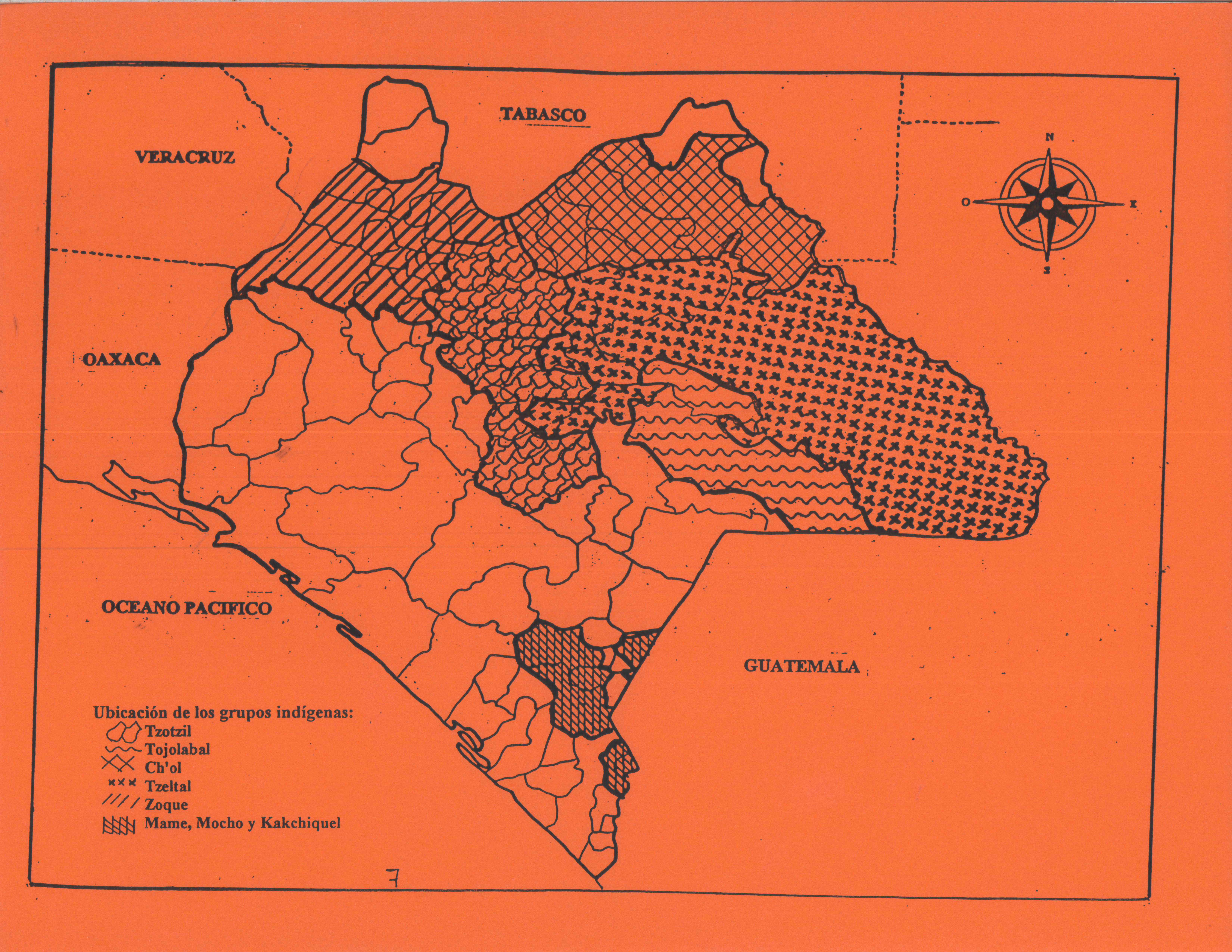 Socially, many in Chiapas are struggling to forge new bonds between the indigenous peoples and cultures on the one hand, and the dominant Ladino cultures on the other. With nine different Mayan language groups, this is no easy task. Ladinos, people of mixed Spanish and Indian traditions, tend to champion the values of a modernizing Mexico. Their power comes from their connection to foreign investment and the global market. The indigenous are expected to assimilate to market forces or move.

Economically, Chiapas abounds in oil, natural gas, precious woods, hydroelectric energy, and farms producing coffee, corn, bananas, sugar and cocoa. The struggle for a fair distribution of the wealth from these resources has not been successful.

The centuries-old pattern, from the time of the conquest of the Maya, is still in place: use of the wealth of the land by an elite few, while the working poor are left in ever-changing forms of servitude. The wealth is sent elsewhere in the country and abroad. Periodicals such as Oil and Gas Journal tantalize developers with reports of large oil deposits in areas now inhabited by the Tzotzil, Tzeltal, Chol and others.

Today more than half of Chiapas's population is living in poverty, many in extreme poverty. What makes the statistics so troubling is the plight of the largely indigenous peoples, both in the central highlands and in the low-lying Lacandón jungle. Of the 650,000 people living in those areas, 40 percent have had no schooling, 56 percent cannot read or write, and two-thirds of the homes have no electricity, drinking water or drainage. Nearly three-quarters of the working people make less than the minimum wage.

Most tumultuous have been the political winds of change. The poor of Chiapas, and especially its indigenous Maya groups (67 percent of whom suffer from hunger), have said a resounding No to being left behind. They have organized politically against the social failure—i.e., the refusal by dominant Ladino power-holders to embrace the culture and needs of indigenous peoples. 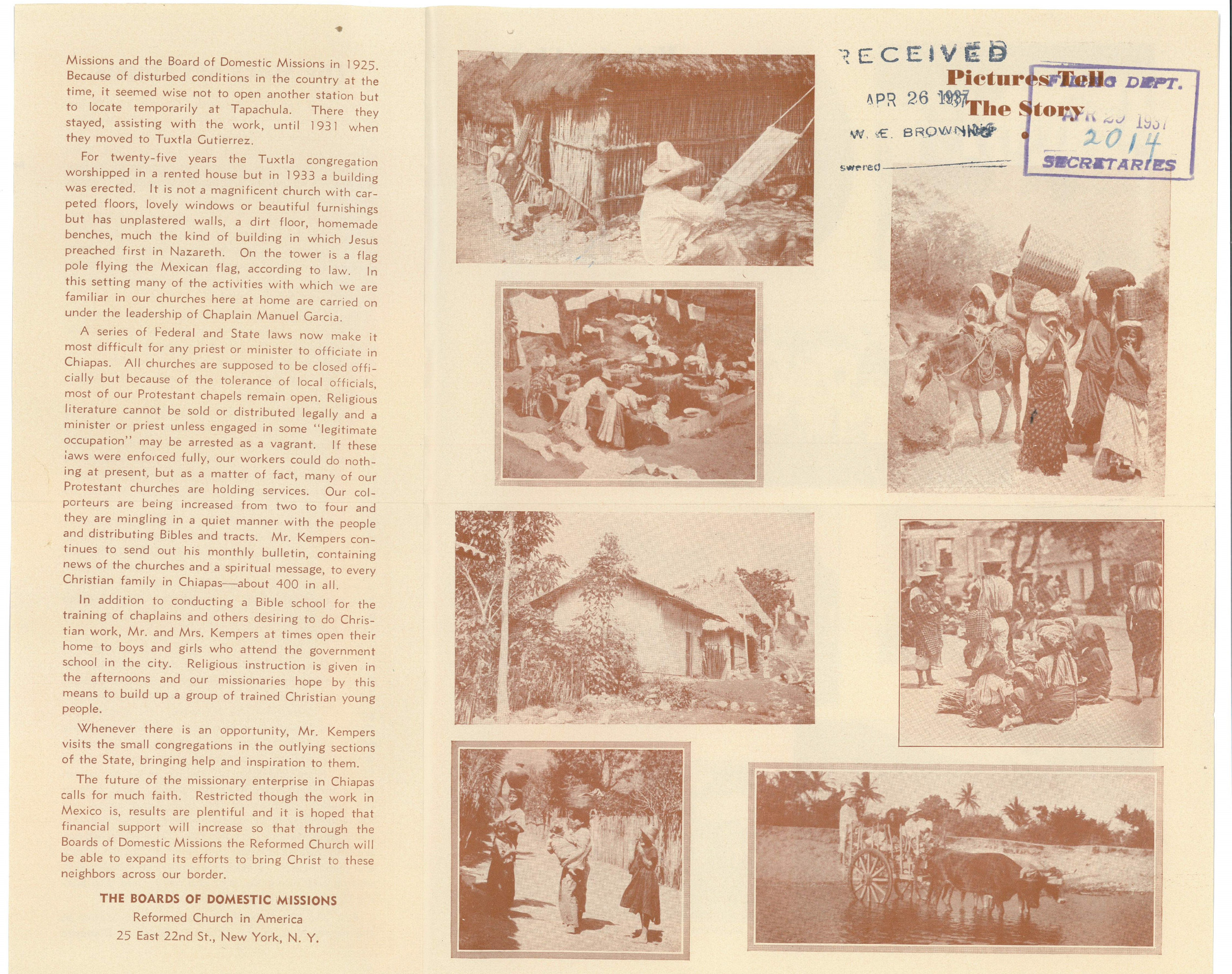 Continue reading on the Christian Century.