Our Work in the Archives, Third Quarter 2022 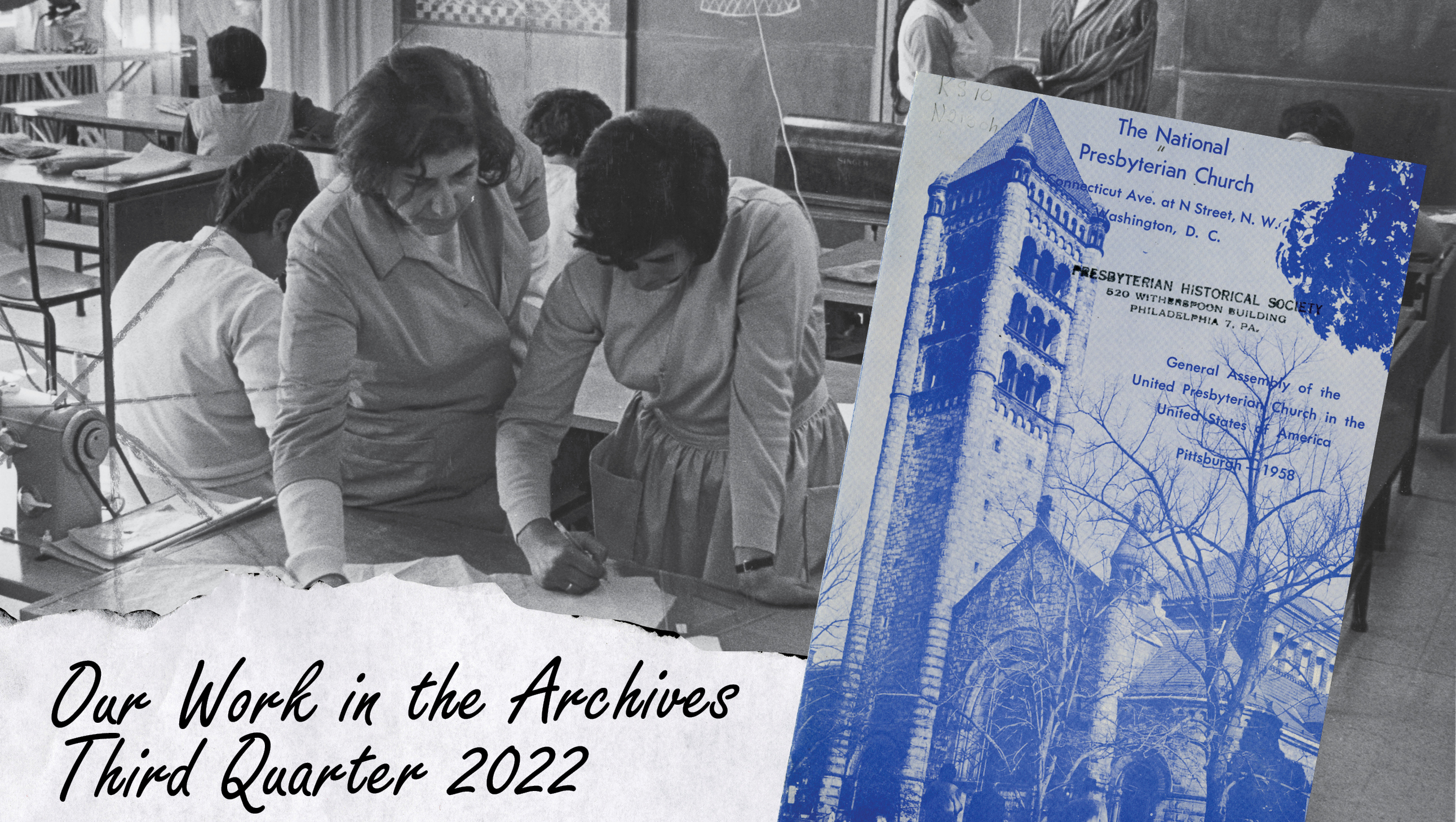 Let's look back at what your archivists did during the summer!

Nick processed 19 feet of the papers of Cecil Corbett / Speaking Eagle, a Nez Percé Presbyterian minister and educator, long-serving director of the Cook College and Theological School, and coordinator of Native American ministries in the PC(USA). Also newly processed are the records of the PC(USA) Theological Task Force on Peace, Unity, and Purity of the Church, including documentation of the drafting and publication of its final report A Season of Discernment..., submitted to the 217th General Assembly in 2006. 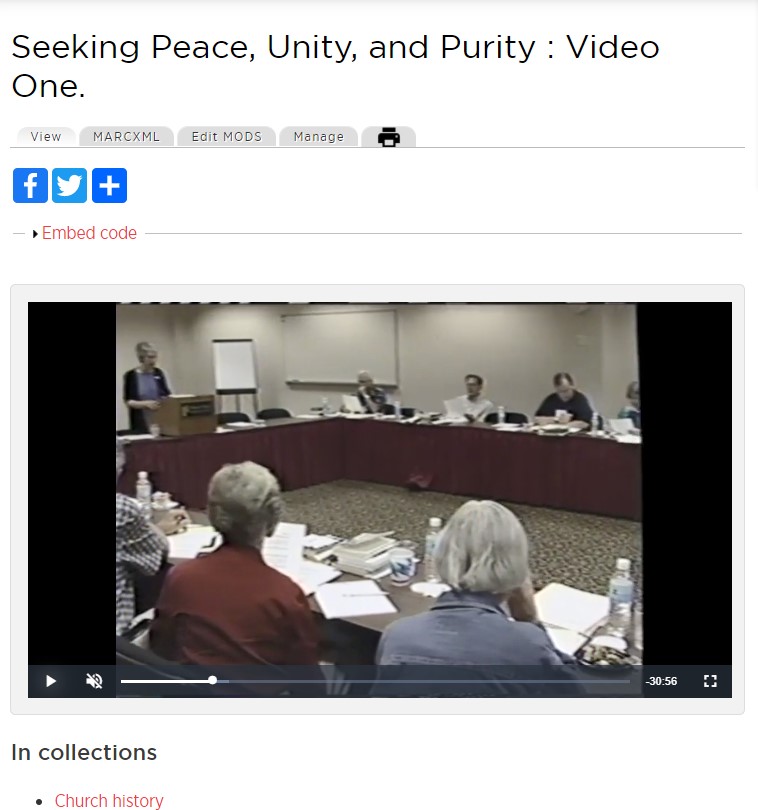 New additions to Pearl over the summer included sermons of Milton Arthur Galamison, digitized for us by the New York Public Library; UNRWA photographs from Palestine in the records of Church World Service; photos from the moderatorial year of Thelma Adair, held in the photo morgue of A.D. magazine; and the second leg of the Katie Geneva Cannon papers project, Katie's records held at Union Theological Seminary in New York.

For the quarter we brought in 91 new accessions, amounting more than 208 cubic feet. These included 64 cubic feet of the original records of National Presbyterian Church (Washington, D.C.), spanning 1812 to 2013, including videotapes of funeral services for U.S. Supreme Court justices William O. Douglas and Warren Burger, and an open reel audiotape of the funeral of J. Edgar Hoover. The FBI director and his sister Lillian both served as Sunday School teachers at Old First Presbyterian Church, one of National's predecessors. 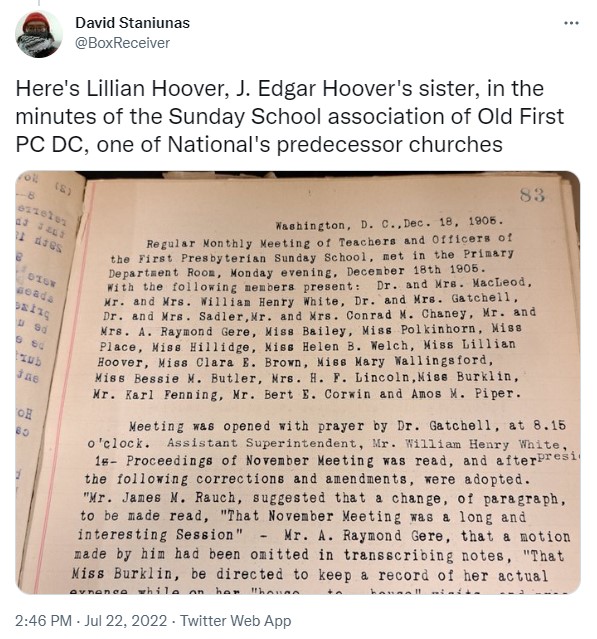 In early August our Records Archivist and our Director of Communications drove to Stony Point, New York, to help retrieve both temporary and permanent records out from their basement. These included documentation of international peacemaking conferences held at the Center throughout the late 20th century, including a visit by the Sandinista priest Ernesto Cardenal. 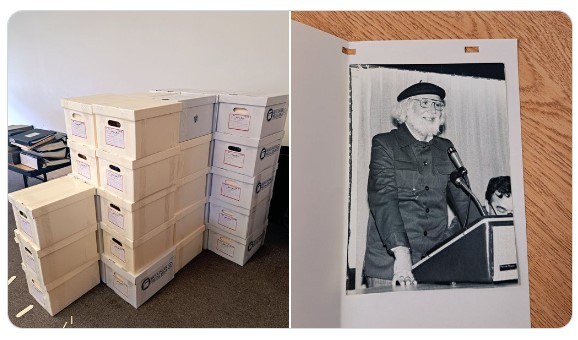 In mid-August Nick and David drove to New Brunswick, New Jersey to visit the records of More Light Presbyterians held at the Special Collections and University Archives of Rutgers University. With the help of Rutgers archivists Erika Groder, Al King, and Sonia Yaco we were able to survey a significant part of the entire 50-odd cubic foot collection. 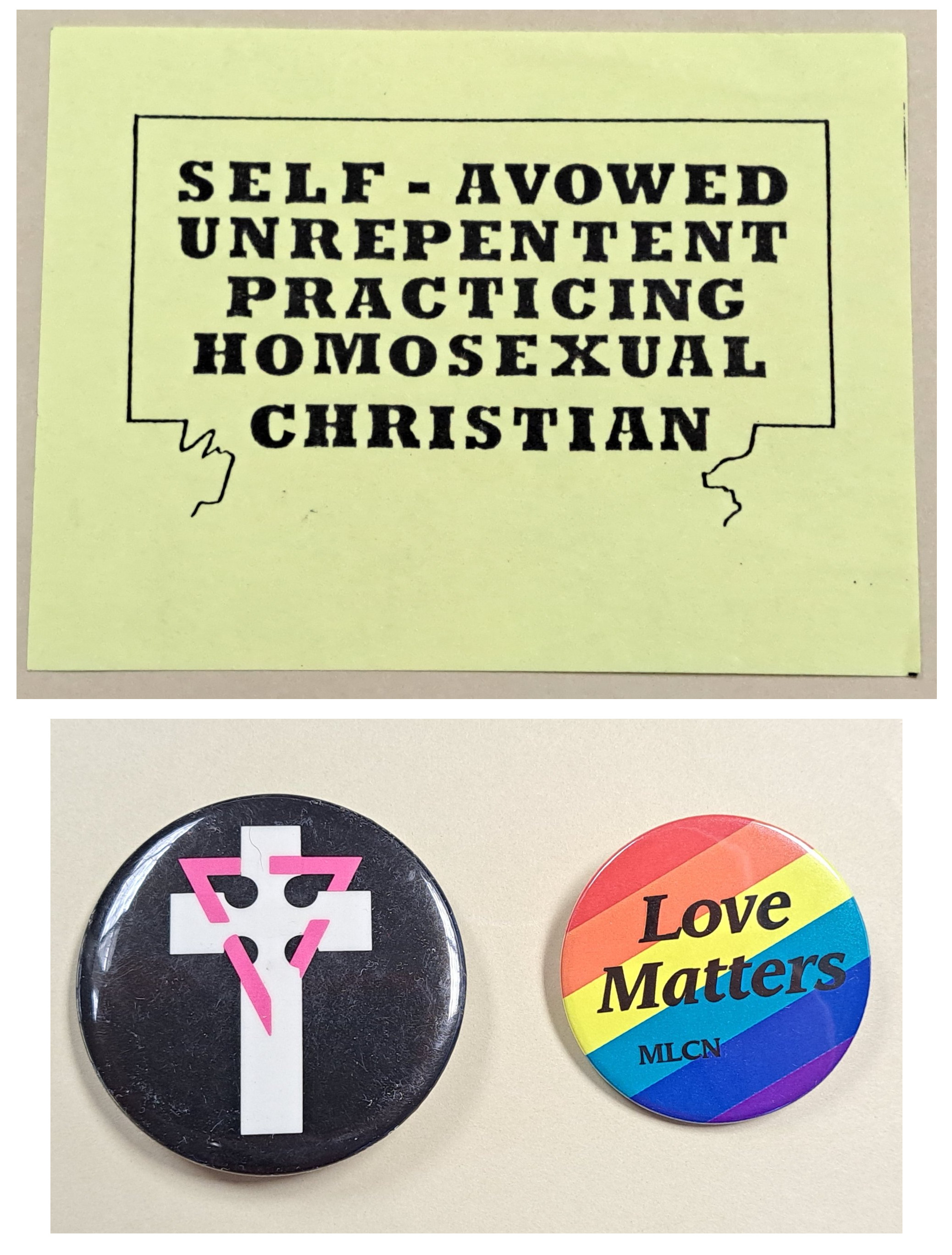 We made five other appearances at presbytery meetings, delivering a minute for mission on PHS to Flint River, Providence, Trinity, Giddings-Lovejoy, and Utica presbyteries. We'd be happy to share more good news with your presbytery at a meeting in 2023. To book us, please email David Staniunas.

We also welcomed back to campus Cataloging and Metadata Librarian Elaine Shilstut, rejoining us after a stint at the University of Pennsylvania.

In late August we changed our research hours due to staffing. While we are open for research fewer hours each week (21 instead of 25 hours), we added a seat to our reservation system, so we are able to provide service to more patrons (3 instead of 2).

After delays caused by the pandemic the remainder of our 2020 Research Fellows, Dr. Reuben Loffman, was finally able to visit to work on his project, “Missionaries, Medicine, and Modernity: The Presbyterians in Kasai, 1900-1959.” Loffman teaches at Queen Mary University of London.

Current research fellow, Sopanit Angsusingha, from Georgetown University worked in the reading room on her dissertation research regarding missionary education in Iraq, 1920s-1950s.

We assisted 52 researchers in our reading room for a total of 104 visits, pulling 628 items over the course of 324 retrieval requests. Researchers visited us from 14 different states, as well as China, the United Kingdom, Germany, and Poland.

Over the summer we answered 533 inquiries via email, phone, and in person. Three of these inquiries asked about race relations in the Presbyterian Church (U.S.A.) and its predecessor denominations.

Among these were questions from 76 PC(USA) congregations and 31 mid councils. For the year we've fielded requests from 186 indivudal congregations, some of them multiple times. 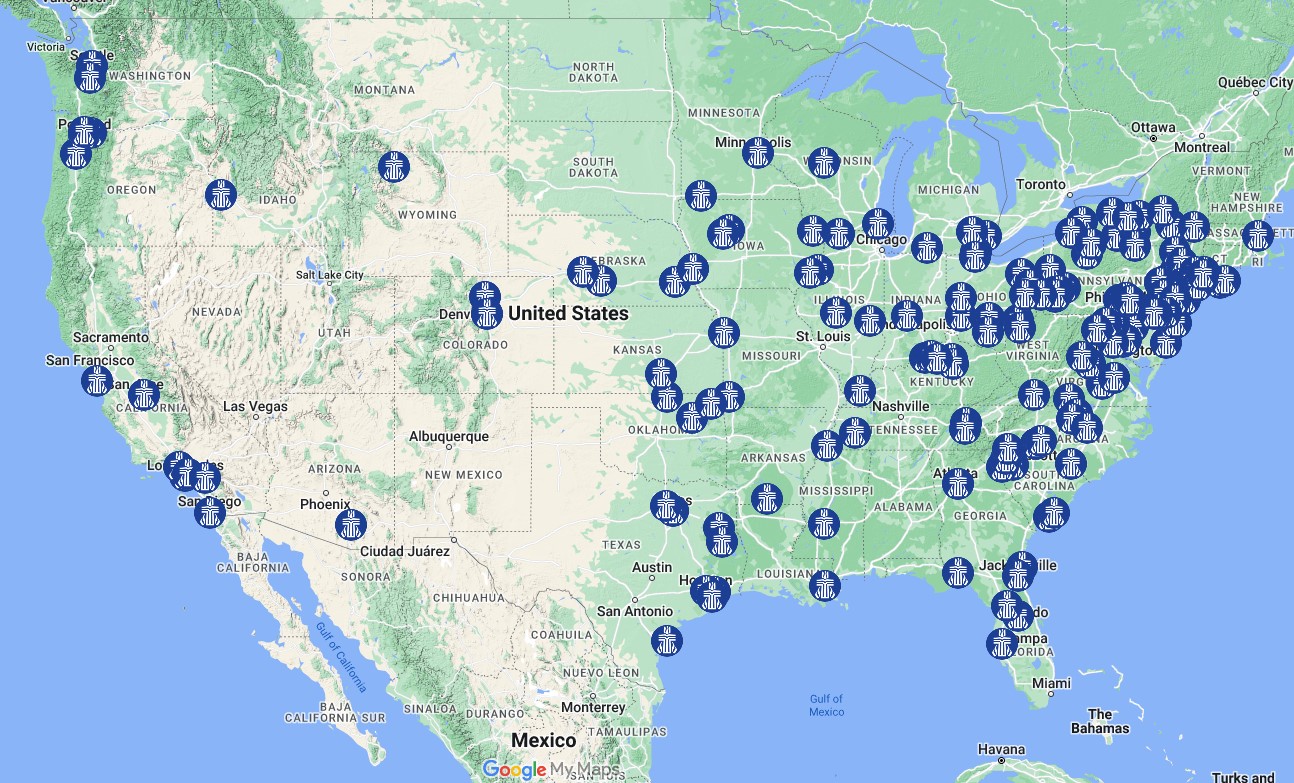 Get a sense of the distribution of our work with PC(USA) congregations here.

Stay tuned to this space for news of all our work in the final months of the year!