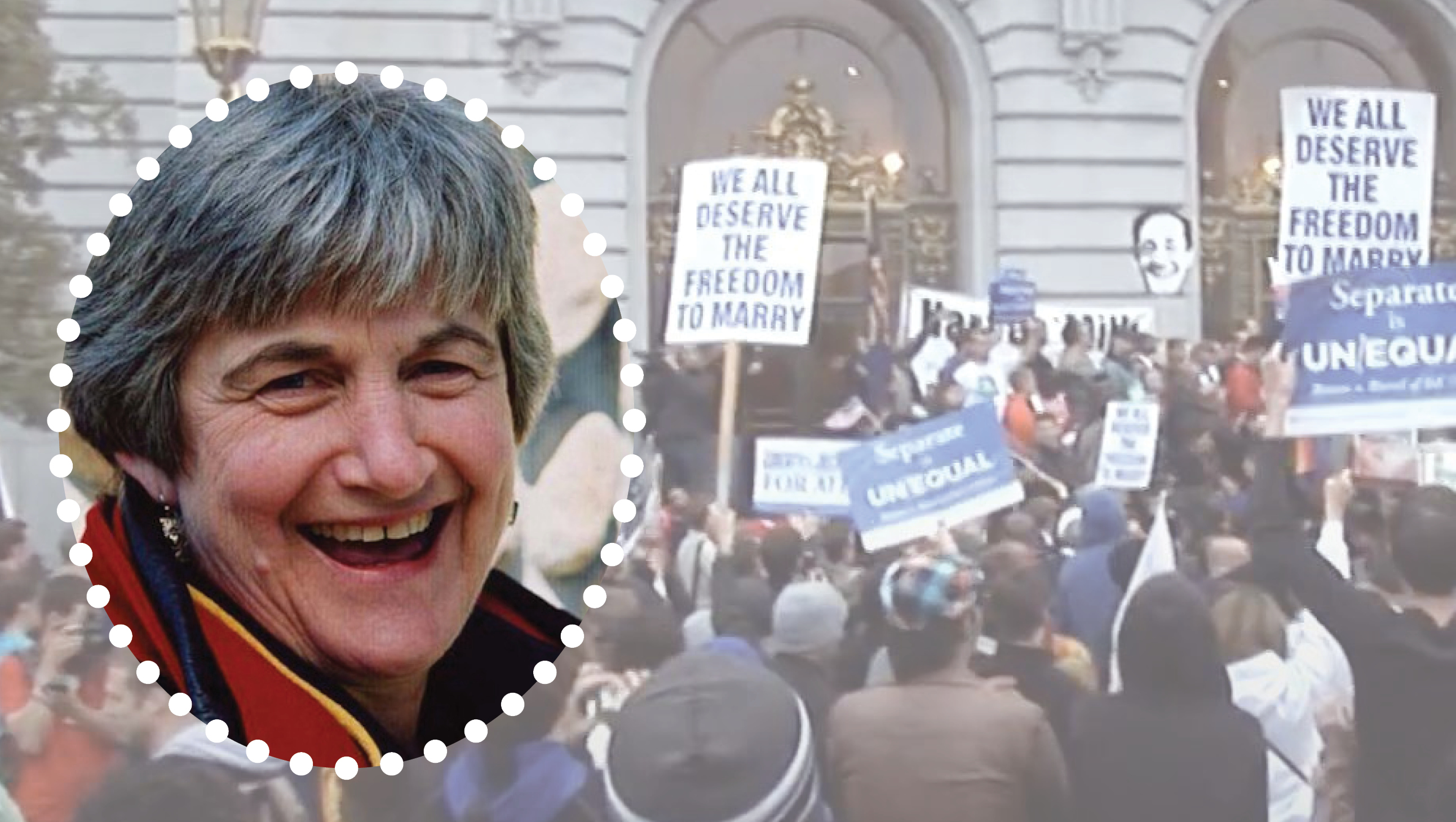 The Presbyterian Historical Society (PHS) recently acquired the digital videos of Tom McAfee (accession 22-0434), which capture and document the Presbytery of the Redwoods Permanent Judicial Commission’s (PJC) trial of Rev. Dr. Jane Spahr. McAfee is a videographer and Spahr's friend.

On August 27, 2010, the Redwoods PJC found Spahr guilty on misconduct charges of performing same-gender marriage ceremonies during the time they were legal in California in 2008. Spahr performed 16 ceremonies, and the Redwoods PJC determined that Spahr violated her ordination vows by failing to obey an Authoritative Interpretation of the PC(USA)’s Book of Order. The Redwoods PJC voted to verbally rebuke Spahr, staying the decision in case of an appeal. Spahr appealed the decision, but it was upheld by the Synod of the Pacific PJC and the General Assembly PJC (GAPJC), with the latter instructing that the rebuke was to be read by the Redwoods Stated Clerk to the presbytery. Despite this instruction, on May 15, 2012, the Presbytery of the Redwoods conducted a standing vote at its Stated Meeting and decided to oppose the GAPJC’s order to rebuke Spahr.

PHS staff created the video below from several videos in the collection. The video shows scenes from a small party held by Spahr and her supporters immediately after the August 2010 trial decision. Spahr’s legal counsel, Rev. Scott Clark, speaks at the beginning of the video to couples who testified at the trial on behalf of Spahr:

“For those of you who testified, that they listened to your stories, and that they will never be the same. That no one in that room will ever be the same after just the power, the compelling way that you talked about marriage and the importance of marriage. I just think that part just really has to shame part of the Church. You know, to have people so committed to love and so committed to commitment and have been given such deep thought to that. You know they didn’t seize the opportunity to do the right thing. So what they did, and this decision, the best word I have to describe it is conflicted.”

In addition to footage of Spahr's trial, McAfee's videos also contain footage of an August 2010 rally supporting U.S. district judge Vaughn Walker's striking down of Proposition 8. Passed by voters in November 2008, Proposition 8 was a California ballot proposition and a state constitutional amendment that banned same-sex marriage in the state. Proposition 8 was overturned through a series of U.S. federal court cases (Hollingsworth v. Perry), beginning with judge Walker's findings and rulings on August 4, 2010. PHS staff created the video below from footage of the rally, which features statements from Rev. Bruce Reyes-Chow (2:09), Moderator of the 218th General Assembly:

“In our tradition, it is important to acknowledge significant times in our life and our community, and this is one. I also know that many of my people have influenced this particular journey in not positive ways. I stand before you also confessing for the Christian church, for too many times that our words and actions have created pain and violence. I stand before you confessing for those who have proclaimed a message of Biblical literalism and cultural narrow-mindedness that has oppressed rather than liberated. I stand before you at this time to confess for far too many of us well-meaning, straight allies who have not spoken out for justice, that we need to step out now more than ever…”