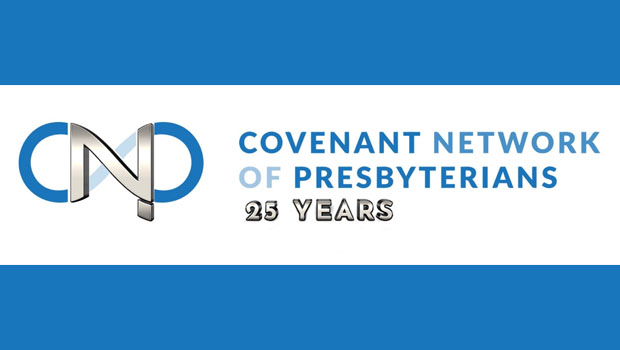 Beginning June 1, the Covenant Network of Presbyterians will roll out a churchwide celebration remembering its past, launching new efforts in the present, and taking steps to ensure the work continues as long as it is needed.

The founders of the Covenant Network included John M. Buchanan (Moderator of the 208th General Assembly), Robert Bohl (Moderator of the 206th General Assembly), Timothy Hart-Andersen, John Wilkinson, and Pamela (Pam) McLucas Byers. A July 23, 1997 letter from Wilkinson shows that an early consideration for the group’s name was actually “Presbyterian Crossroads.” An August 1, 1997 letter from Buchanan shows the group planning for the creation of the Executive Committee of the Covenant Network, with Buchanan also elaborating on the group’s final chosen name:

“Notice the neat inversion - Covenant comes first, Presbyterians, last. That will allow us to call ourselves the ‘Covenant Network.’” 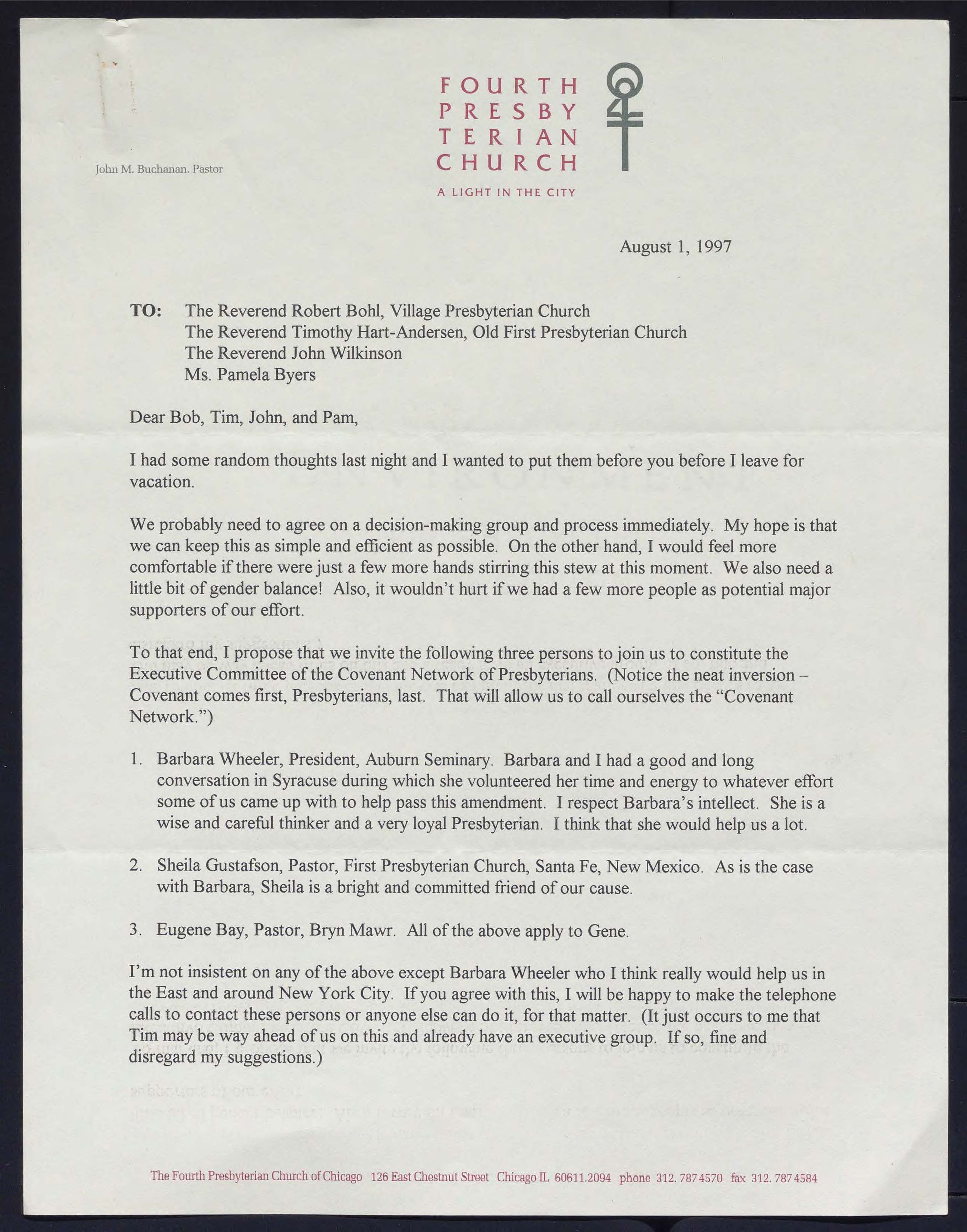 The Covenant Network’s early work surrounded efforts to pass Amendment A, known as the “Fidelity-Integrity Amendment,” in the presbyteries to the Book of Order. Amendment A would replace G-6.0106b, known as Amendment B or the “Fidelity-Chastity Amendment.” Passed during the 208th General Assembly, Amendment B included a statement meant to bar LGBTQ Presbyterians from ordination: “Among these standards is the requirement to live either in fidelity within the covenant of marriage between a man and a woman, or chastity in singleness.” Amendment A proposed a change to the language: “Among these standards is the requirement to demonstrate fidelity and integrity in marriage or singleness and in all relationships of life.” The Covenant Connections newsletters document the group’s early efforts in support of Amendment A, as does the first press release (August 15, 1997) announcing the group’s formation:

“We believe that Amendment A offers a real opportunity for unity and expresses the feeling of the broad middle of the church. The Covenant Network is pledged to seek the common ground that will allow us to move beyond differences on specific issues to the vital mission the Spirit has in store for us.” 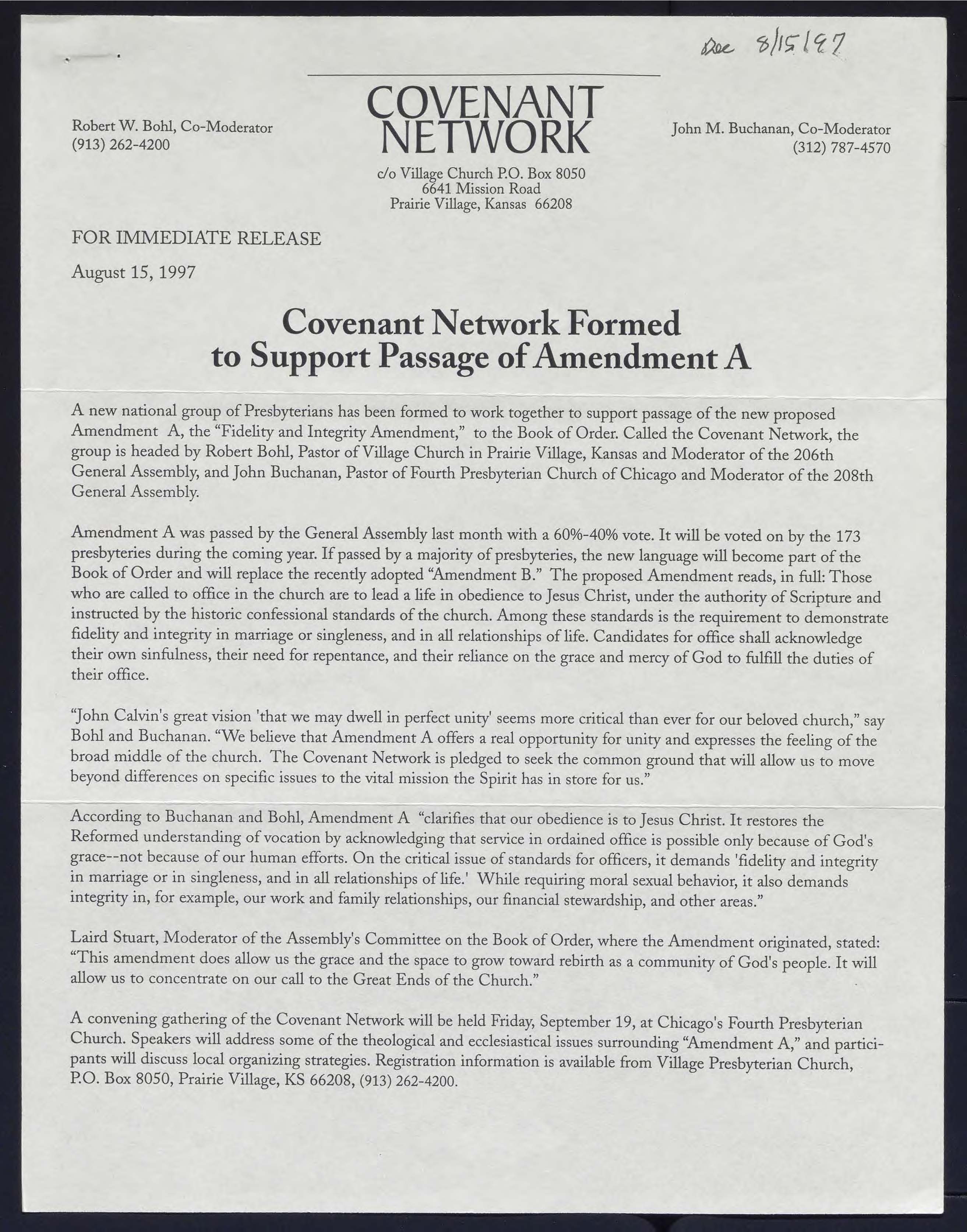 Digitized materials also document opposition to Amendment A. A form letter by the Presbyterian Coalition (Louisville) sent to presbyteries preparing to vote includes multiple articles against Amendment A. While Amendment A was approved by the General Assembly in 1997, it was ultimately defeated by presbyteries in 1998.

Also documented is the Covenant Network’s Convening Gathering in Chicago. An August 7, 1997 form letter and an RSVP form announce the event, and a September 22, 1997 letter from Pam Byers describes the event:

“We had 142 Presbyterian leaders in attendance, from 42 presbyteries and 30 states…The conference was a strong start to our effort; but of course the real work is just beginning, organizing the educational and the practical get-out-the-vote efforts around the country.” 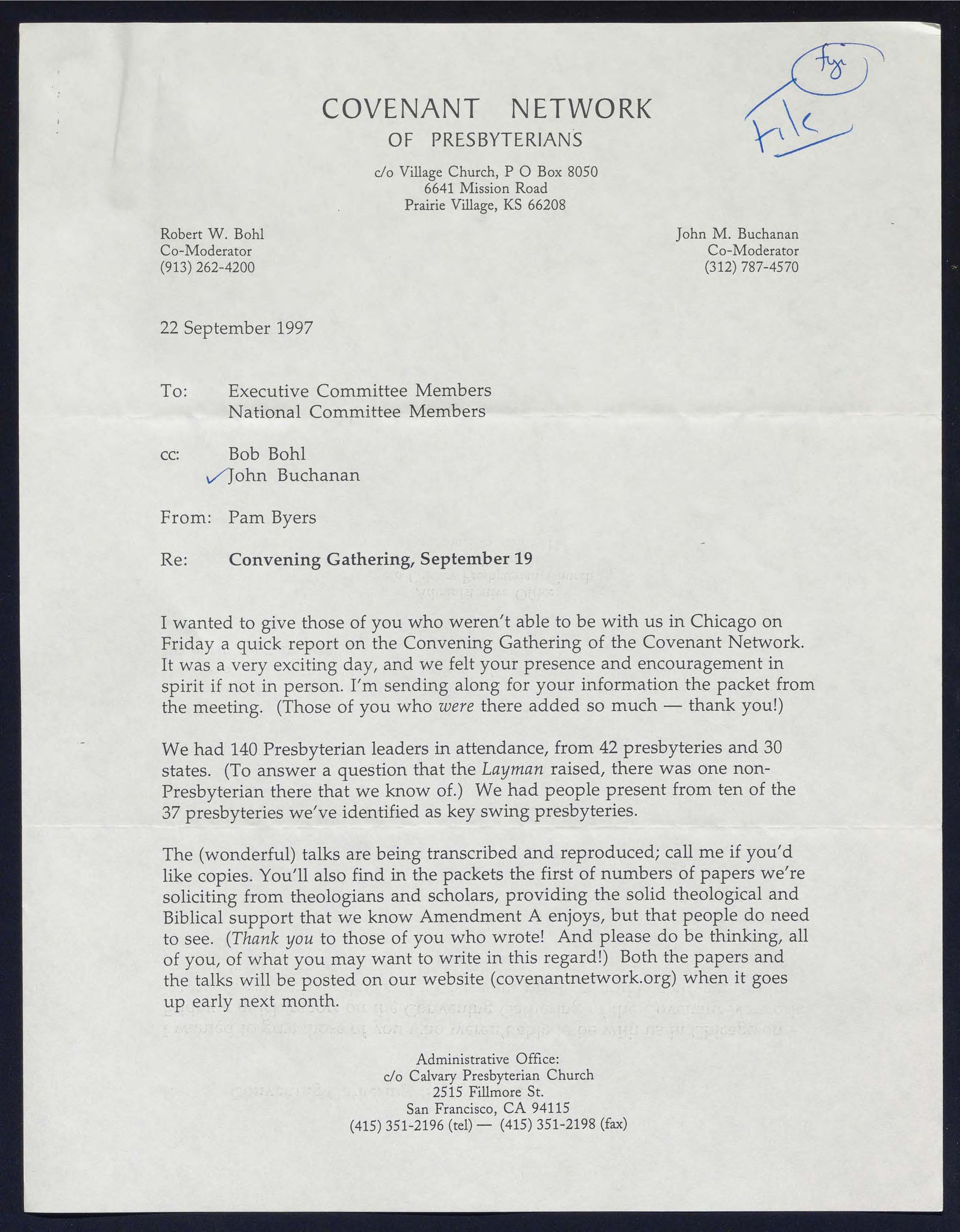 Other highlights are records documenting the creation of the Executive Director position of the Covenant Network, a position ultimately held by Pam Byers. Included is Byers’ cover letter (July 23, 1997) sent to Wilkinson:

“…I have become increasingly involved, at Old First Presbyterian here in San Francisco and then in larger settings, in the questions about the meaning of ordination and call and the potential roles of lesbian and gay people in our church. I’ve had the chance to take an active role in Old First’s journey in this period and it has proven a deeply enriching path, spiritually and intellectually. I feel deeply blessed to have been able to help develop strategies to move the church past B…We have consciously worked to remember and acknowledge that, although we are not all of one mind on these issues, we are all of one family…I would like to do anything that I can to help promote the same kind of open and inclusive dialogue within our denomination.” 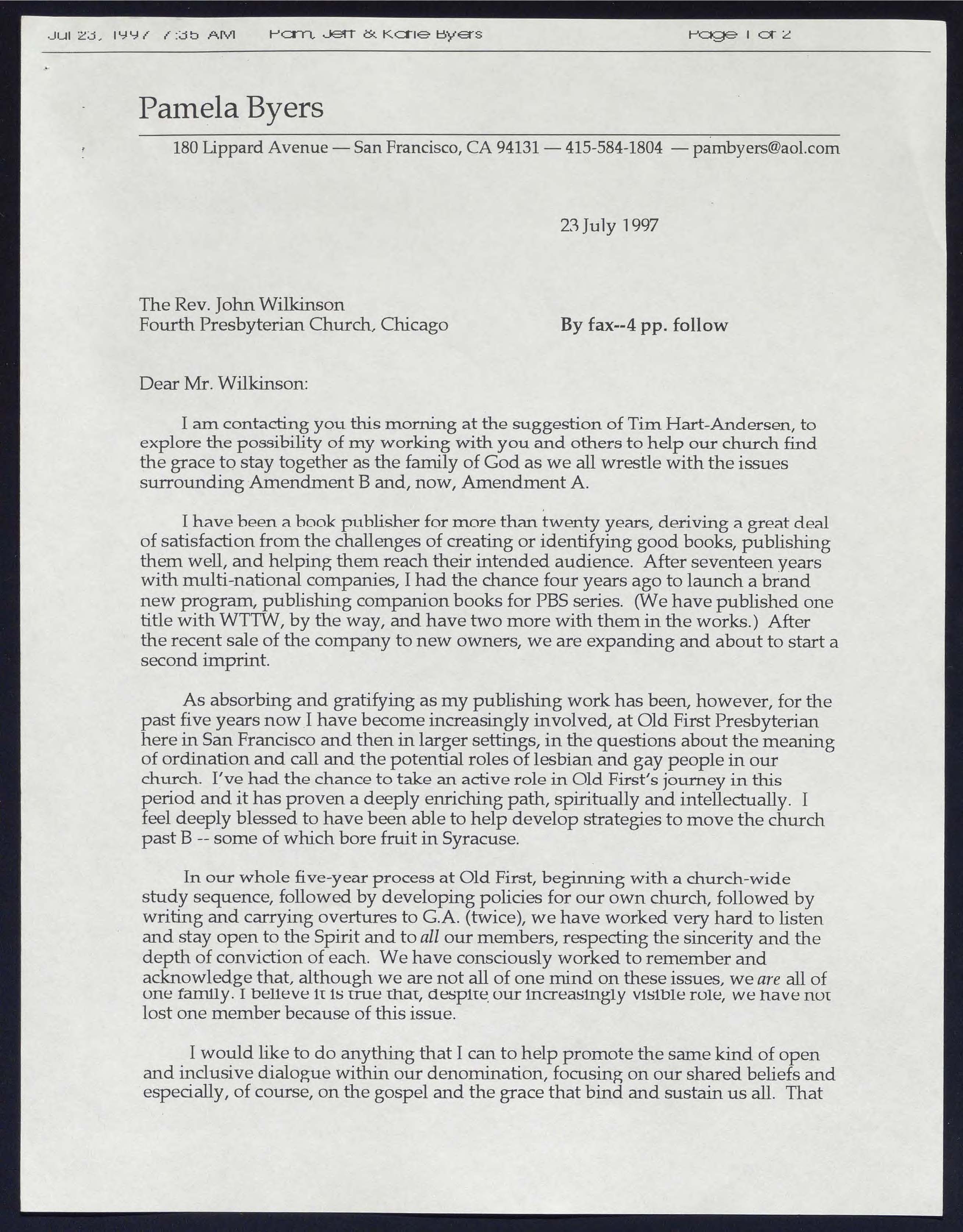