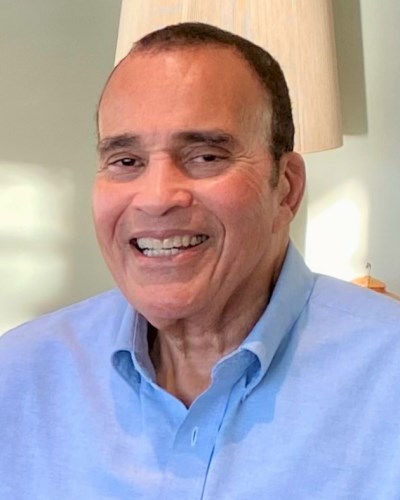 We're saddened to hear of the passing of Dr. Alvin N. Puryear, a friend of PHS and member of our board, a management expert and a leader in the PC(USA). Beloved father of Pamela, Susan, and Karen, Al is well-known here for his role in securing the release of Ben Weir from Hezbollah custody in 1984.

Al was born in 1937 in Fayetteville, North Carolina, and was valedictorian of the 1955 class of George P. Phenix High School in Hampton, Virginia. He went on to Yale as a ranking scholar in sociology, and a two-way varsity football player, graduating in 1960. He did an MBA at Columbia, and embarked on a career as a management specialist in oil and chemical companies. He joined the faculty of the business administration program at Baruch College in 1970, serving for the next decade as department chair, dean, and then director of the Baruch/Cornell Industrial and Labor Relations program.

Al's wealth of connections as a management expert and consultant extended to the halls of American power. In 1985 he was part of a close group of supporters of Carol Weir during her campaign to secure the release of her husband, Presbyterian mission coworker in Syria and Lebanon, Ben Weir. That group, including Fred Wilson and Oscar McCloud of the UPCUSA Program Agency, and Terry Waite, an assistant to the Archbishop of Canterbury specializing in hostage negotiations, spent much of the summer and fall working with State Department and National Security Agency personnel -- among them Oliver North -- to effect the release of seven men held by Hezbollah. In Hostage Bound Hostage Free, Ben recounts asking for Al to be present during his debriefing by CIA and FBI personnel:

"I asked Alvin Puryear to go with me for this debriefing session, because I wanted a sympathetic observer and witness. My questioners hedged a bit at the beginning. Some of their questions could only be asked in the presence of a person with security clearance. To their surprise, Alvin assured them that he does a lot of consulting with government agencies and has clearance."

Reflecting on the days after the release, when Ben and his family were in transit from Norfolk to Washington, D.C., Oscar McCloud says “Alvin probably deserves more credit than anybody else. He gave freely of his time and went beyond the fulfillment of his responsibilities as head of the board of the Program Agency. It was Alvin who was on-site when they brought Ben to the hotel. It was Alvin who was on-site for the press conference. He was the front man.”

Late in his career Al worked for the Ford Foundation, served as deputy controller of the City of New York, and was a trustee of a host of Presbyterian institutions, including Barber-Scotia College, Pittsburgh Theological Seminary, Union Presbyterian Seminary, and the Presbyterian Investment and Loan Program.

William Lake Leonard of Philadelphia writes, "I had the great fortune to serve on the PHS Board of Directors with Al. He was a dedicated member of the board, and, after stepping down from the board, continued serving PHS as a member of the Advisory Council. He was a man of imposing physical stature, with an equally imposing life of service in business, higher education, and the Presbyterian Church."

PHS Board member George Abdo writes, "Al was a very strong presence on the PHS board. He brought an extraordinary wealth of experience to discussions. On any point he could be depended on for insight, clarity, and wisdom."

Our thoughts are with Al's family and friends. Weeping may endure for the night, wrote the Psalmist, but joy comes in the morning.