Memories of the Rebellion, October 1950 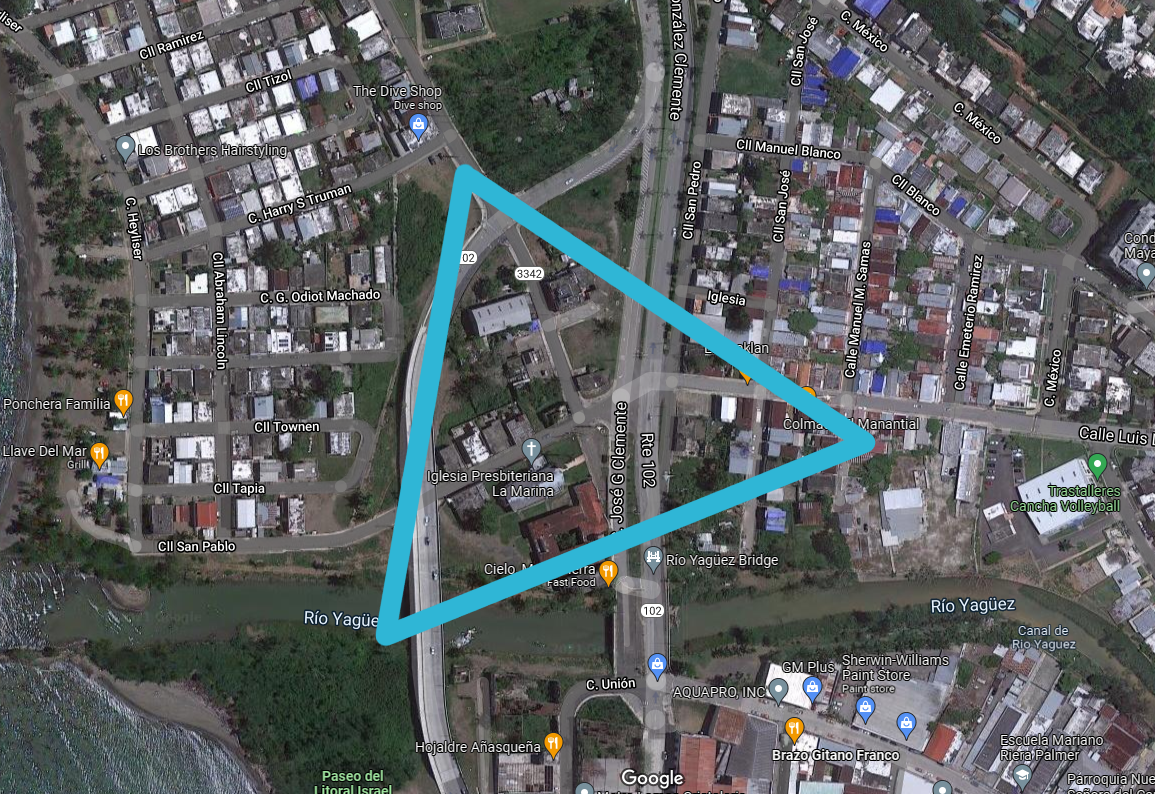 On October 30, 1950, militant members of the Puerto Rican Nationalist Party (PNPR) led a series of uprisings, targeting insular police barracks. In Jayuya, Nationalists held the town for three days, succumbing only after United States military aircraft bombed the town. Cadets of the Republic, a youth faction of the PNPR accustomed to training with sticks and wooden toy rifles, killed three policemen in Arecibo. One of the largest militant cells was based in Mayagüez. Part of this group led an assault on a police station, killing three officers. The rest maintained activity in Barrio La Quinta in the hills northeast of town -- members of this cell would stage an armed assault in the U.S. House of Representatives in 1954, shooting five representatives.

Popular opposition to United States sovereignty over Puerto Rico was endemic in the early 20th century. Orgaznied and led by the wiry and charismatic Pedro Albizu Campos, the Puerto Rican Nationalist Party would become the largest political movement on the island during the Great Depresion.

Militancy extended to Presbyterian institutions: students at the Presbyterian-run Instituto Politecnico in San German rose up against Americanization in 1930. Successive U.S. governors of Puerto Rico responded to the party with armed crackdowns, killing Nationalists in Rio Piedras in 1935, and massacring civilians in Ponce in 1937. The movement was heavily surveilled by insular police and by the FBI over the course of the 1940s. Renewed animosity toward United States colonialism was sparked in 1948 by the passage of the Ley de la Mordaza, which among other things criminalized display or ownership of a Puerto Rican flag. 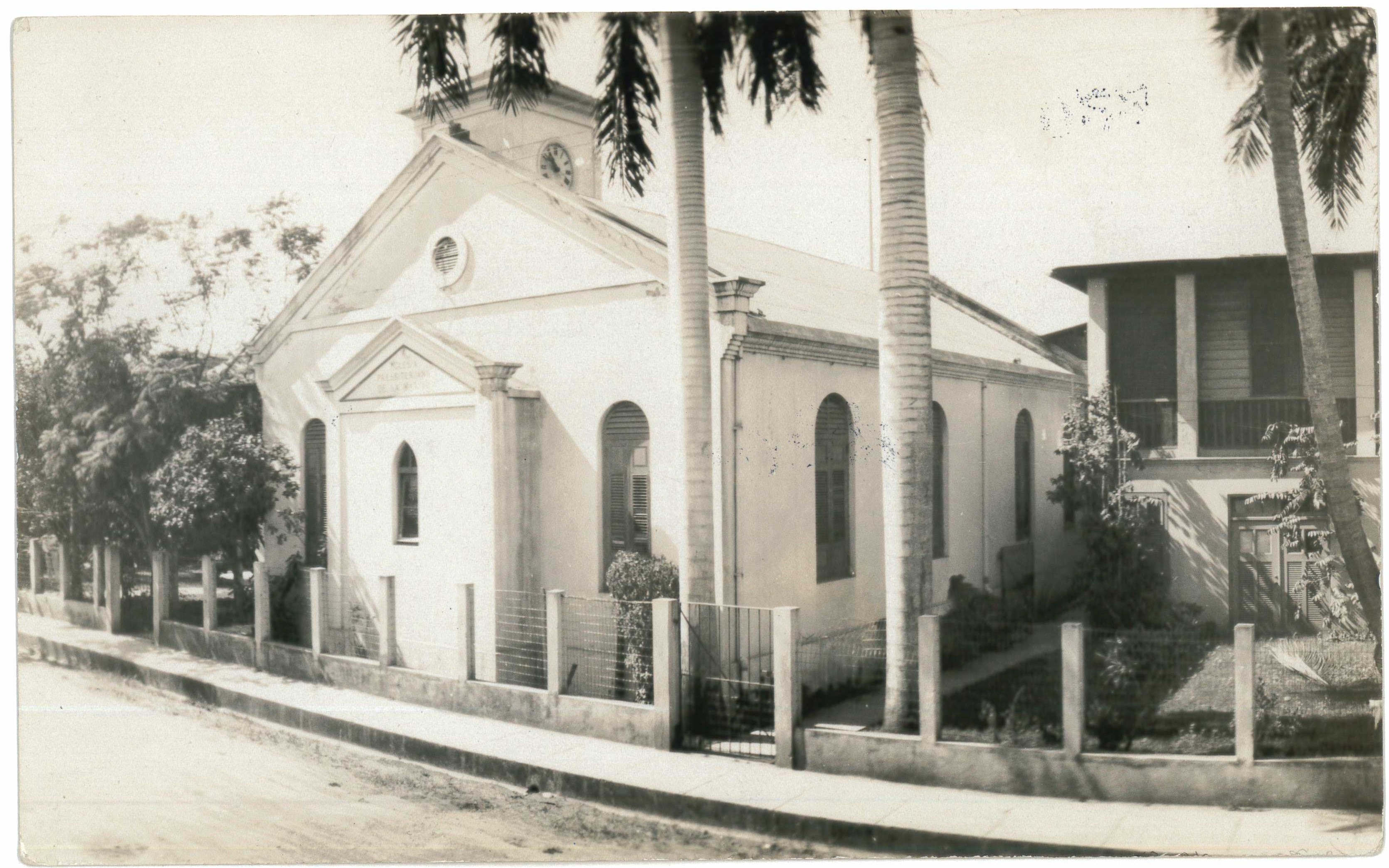 During the October 1950 uprisings, the family and friends of Victor Colón Bonet, pastor of Iglesia Presbiteriana La Marina in Mayagüez, witnessed one encounter on the bridge in front of the church in the pre-dawn hours of October 30. Here are their stories, carefully told and retold by José Roberto Colón Rodríguez:

Cries in the wee hours of the morning

The day the Nationalist Party declared the revolution for the freedom of Puerto Rico, based on the thesis of the nullity of the Treaty of Paris, and that Puerto Rico is a people invaded and intervened in by the Yankee empire, since Spain had no power to cede the sovereignty of Puerto Rico, many fell in defense of what they believed was patriotic duty. Many died in the frontal attack on the La Fortaleza. The Puerto Rico National Guard was mobilized, although martial law was not declared. There was a curfew.

In my residence in La Marina de Mayagüez, the pastoral house is near the bridge over the Yagüez River. I was afraid that the Nationalists would take the tower of the church as a fortress. We listened to the calls that were made from the bridge to another sector such as the College of Agriculture. They asked about the state of affairs. If there was any news.

In the early morning a milk delivery truck was making its rounds but it was quite dark. They halted the driver, and he did not stop. A shot rang out. Then we only heard a groan. That shot caught an artery and that man fell next to the gate that existed in those days in front of the parsonage. There was only a moan.

No one could think of the severity of the injured and no one came to help him. As dawn broke, we learned of the tragedy that occurred at the entrance of our residence. A man had died innocent victim of circumstances. That memory remains because the question is: In a military situation, should we have helped him, as civilians? Should we have taken the same risk to help the wounded man? Over time, you learn details and circumstances that are unknown at the time of the events. Was there negligence? Defiance? A trap that didn't work? Only God knows and understands the whole truth of these cases.

During the early morning of the uprising of the people who wanted freedom for Puerto Rico, Timoteo Rodríguez Quiñones was returning home from his work at 3:00 A.M. Crossing Concordia Street towards San Pablo, he was detained by the police at the barricade. He answered to the interrogation explaining that his reason for traveling at that time was because of his work on the radio, that his residence was behind the Presbyterian Church and La Marina School, and he had to go back to work in the morning and he needed to sleep. He was granted permission to pass.

Timoteo learned the next day that at dawn around 6:00 a.m., or earlier, police stopped a man who distributed the milk in the area. He was informed that the man was deaf. And he didn't listen to the police when commanded to stop. This in part caused his death.

The old building and the antennas of WPRA in Algarrobo do not exist, and on the street where he lived there passes a new bridge. 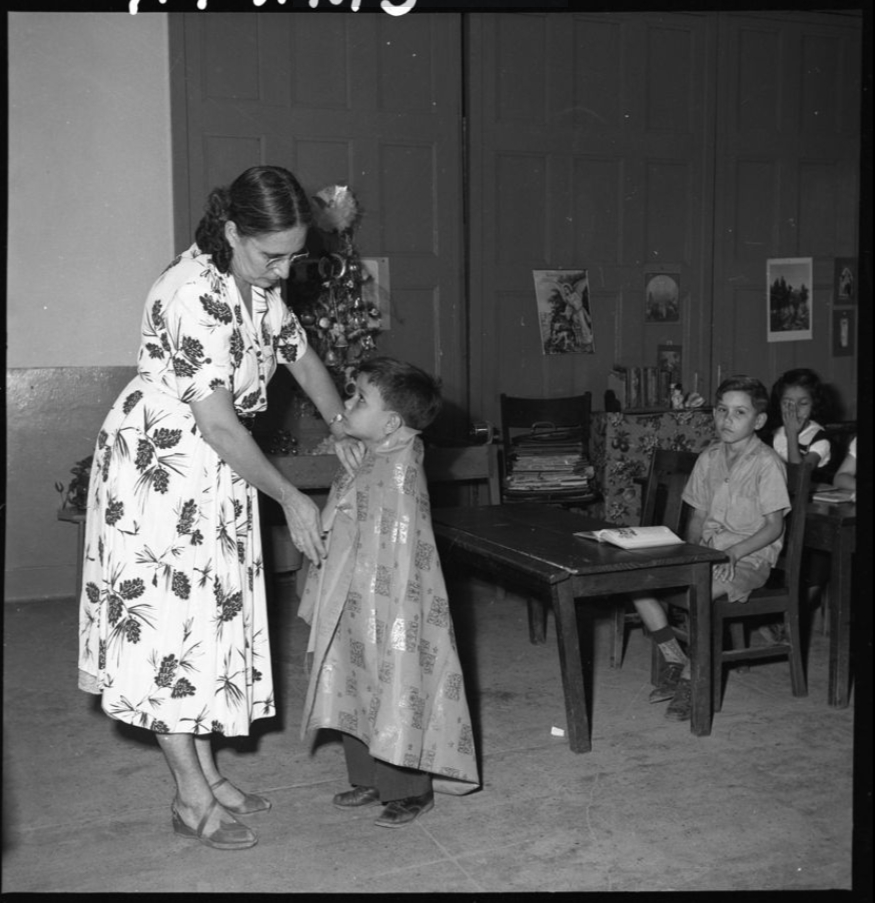 I was coming home from school for lunch, on Concordia Street next to the new bridge over the Yagüez River, when I found my mother at the sewing machine. She was not sewing but crying. I asked her: why are you crying? There was a moment of silence where over the radio an upset announcer commented on what I could barely understand.

Going to the front of the sewing machine, I asked again, looking right into her eyes just in case she hadn't heard me. She replied that she was thinking of her uncles Domingo and Florencio Lugo, and of her cousin. "Mommy, why do you think about them?" I asked. She replied "All three are policemen." She turned up the volume on the radio and cried.

I paid attention to the radio: "Planes of the National Guard of P.R. are machine-gunning the streets of the town of Jayuya, shooting moving cars and some houses."

"Mommy. what's the matter?" Between tears, sobs and gasps, she told me: A group of armed men set fire to the Jayuya Barracks and, according to law enforcement agents, as soldiers ran down the stairs to the first floor, fleeing the fire, the armed men killed them.

In the afternoon I did not go to school and at dusk from the room we saw men in civilian clothes, policemen and others in olive-colored uniforms with rifles on their shoulders arrived with timbers and planks to close the street. I asked daddy "What are the men doing? He replied "They are closing the street so that the nationalists do not burn down the police headquarters that is two houses below the La Marina." The blockade was in front of my house. After six in the afternoon, no one could leave their homes, much less walk down the street.

We went to sleep. At night the radio of the guards could be heard, next to the Colmado Franco, protected by sandbags while the clock struck the hours. After three in the morning we heard "STOP. STOP THERE." The noise of an engine, a screeching of tires, the sound of shots <<bun, bun>> a crash of glass and the noise of the engine stopped. After silence the sound of a car crash.

In the morning in front of the royal palm of my house, there was a guaguaïta to distribute milk. When the engine cut and did not climb the bridge, it collided in reverse.

I went behind the house and to see the crashed bus. The door was open and a man was lying on his seat and blood was running down his right arm, hanging toward the gutter. The glass in the back was broken on the left side. He did not move or complain. A National Guard approached “Let's go home, this is not for you to see. Go away." He was not an armed rebel, but a milk delivery man, who the clock with its bells dismissed to eternity.

Nelson Denis, War Against All Puerto Ricans: Revolution and Terror in America's Colony, 2015.