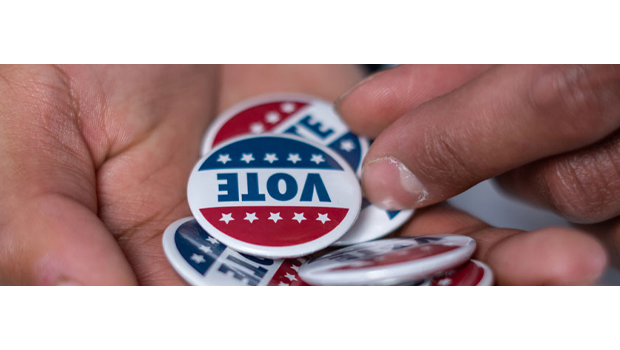 The Presbyterian Church (U.S.A.) is committed to taking a continued stand for equity and equality for all God’s people. Seeking to be a faithful witness to the need to stand and bear witness in issues of justice, the Presbyterian Voting Campaign has been created to engage, educate, and motivate people to exercise their right to vote, especially those who are a part of marginalized communities.

To support this effort, the Presbyterian Historical Society is sharing some of our resources, blogs, exhibits, and images that demonstrate the historic participation of Presbyterians in the electoral process:

CORAR and the Hattiesburg Ministers’ Project
On January 22, 1964, the UPCUSA Commission on Religion and Race sent fifty-two clergymen to participate in Freedom Day, a voter registration event in Hattiesburg, Mississippi. Encouraged by the program’s success, CORAR created the Hattiesburg Ministers’ Project to coordinate clergy participation in picket lines, canvassing, and voter registration attempts.

Listen to author and PHS researcher Julia Flynn Siler discuss Schulze on PBS' American Masters. Learn how the PHS archives helped Flynn uncover the stories of women like Tye Leung Schulze and of other Chinese immigrants and Americans who were trafficked into slavery in San Francisco's Chinatown.

Tillie Paul Tamaree
In November 1922, Tillie Paul Tamaree assisted a Tlingit relative, Charlie Jones, to vote after he was refused by election officials in Wrangell, Alaska. Both were charged with felonies: Charlie Jones for "falsely swearing to be a citizen" and voting illegally and Tillie for aiding and abetting him. Tillie's son William, by this time an attorney, defended both at a trial that took place in Ketchikan in 1923.

Ida B. Wells
Read about the suffragist and civil rights activist's connection to Sixth-Grace Presbyterian Church in Chicago.