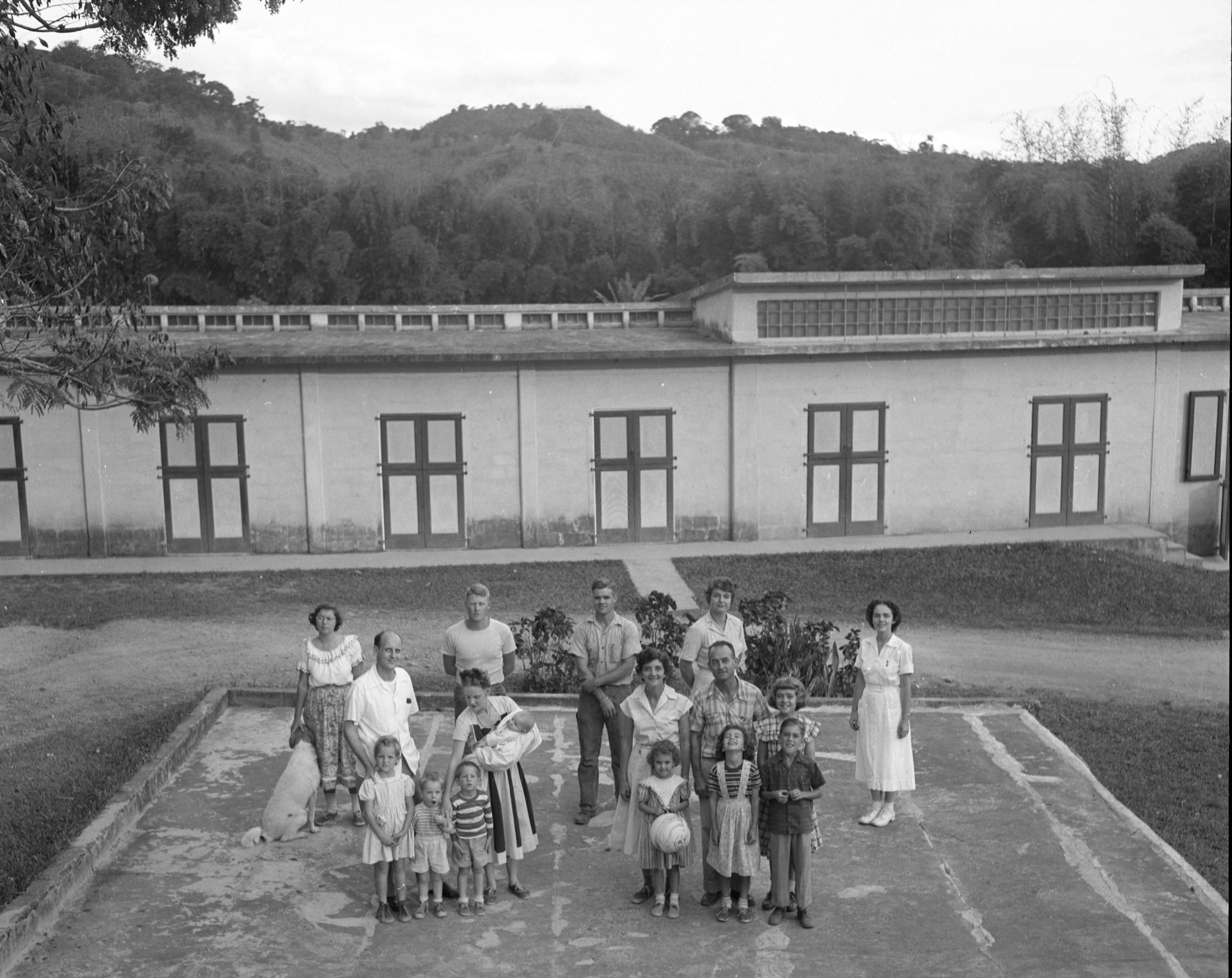 George Floyd was killed in the custody of Minneapolis Police on Monday, May 25, 2020. As American citizens have risen up against unjust policing over the past week, police have been overwhelmed by their numbers. In Philadelphia and elsewhere, states have deployed the national guard, and the decades-old power of the US Army to enforce civil order is a topic of conversation. Commentators have noted the double consciousness required of Black men who assume the role of posse comitatus.

Whew, I feel for our black servicemen being called out to suppress protesters marching for THEIR lives, too. The dual role we’ve always forced upon our black soldiers. Fighting for democracy abroad while often being denied it at home. https://t.co/lP86sA4FQI

With all this in mind, it's worth remembering that soldiers are capable of acts of conscience, and that Presbyterians have a history of helping objectors and deserters, in order to preserve peace.

In the 1890s, amid a pervasive faith in the inevitable improvement of social relations, and a faith that the coming century would bring about the kingdom of God on Earth, a Presbyterian minister from Virginia proposed an international tribunal to mediate disputes between nations. As Rick Nutt explained in the Journal of Presbyterian History in 1992, the evangelist and Bible colporteur William A. Campbell brought an overture to the Presbytery of East Hanover, which approved it and sent it to the General Assembly. Addressed to Christian churchmen and to the governments of the world, Campbell called war un-Christian, and called the maintenance of standing armies itself a threat to peace:

The spectacle presented of Christian nations facing each other with heavy armaments, ready upon provocation to go to war and settle their differences by bloodshed or conquest, is, to say the least, a blot upon the fair name of Christian. We cannot contemplate without the deepest sorrow the horrors of war, involving the reckless sacrifice of human life that should be held sacred, bitter distress in many households, the destruction of valuable property, the hindering of education and religion, and the general demoralizing of the people. Moreover, the maintaining of a heavy war force, though war be averted, withdraws multitudes from their homes and the useful pursuits of peace, and imposes a heavy tax upon the people for its support.

And, further, let it be borne in mind, that wars do not settle causes of dispute between nations on principles of right and justice, but upon the barbaric principle of the triumph of the strongest.

The Southern church would authorize a Committee on Arbitration, and after eight years of coordination among Protestant churches in 145 nations, representatives of the Pan-Presbyterian Alliance would deliver an arbitration petition to President William McKinley, in 1898. 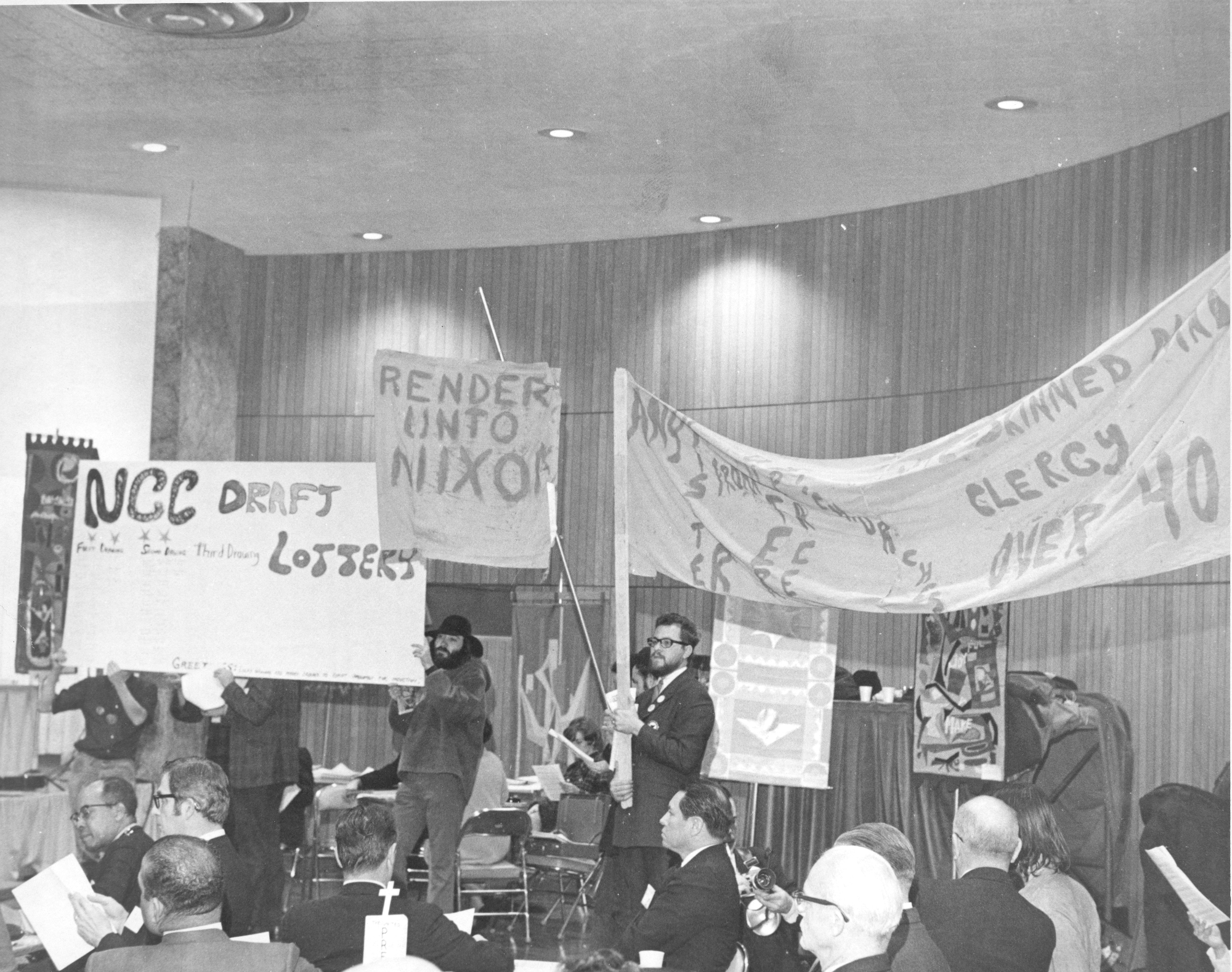 Protest against the draft, National Council of Churches meeting, Detroit, 1969. In Pearl.

Another Presbyterian minister, the five-time Socialist Party of America candidate for president, Norman Mattoon Thomas, worked diligently to persuade middle-class Americans of the justice of conscientious objection. As James Duram wrote in the Journal in 1974, Thomas had to craft his message to a population not yet exposed to the horror of the war in Europe, not primed to understand Christian pacifism, and so had to appeal to his audience's understanding of freedom of conscience. His signal text in defense of freedom of conscience was a 1917 letter published in The Nation:

There is a type of man to whom (military) participation in war is tantamount to committing murder. He cannot, he will not, commit murder. There is no human power on God's earth that can coerce him into committing (what he knows to be) the act of murder. You may call him sentimentalist, fool, slacker, mollycoddle, woman—anything "disreputable" you please. But there he is, a tremendous fact. Shall he be maltreated for his scruples? Or shall he be respected (as his deriders are) for his conscientiousness?

In the mid-20th century, the Presbyterian camp in the mountains of San Sebastian, Puerto Rico known as El Guacio served as a site of alternative service for conscientious objectors. You can view a collection of photographs from Guacio here.

During the American war in Southeast Asia, the national church undertook work with conscientious objectors, and supported amnesty for draftees who had refused to serve. You can view many of these records in RG 78, the UPCUSA Council on Church and Society; RG 503, the PCUS Office of Church and Society; and RG 520, the PC(USA) Social Justice and Peacemaking Unit.

Center on Conscience and War