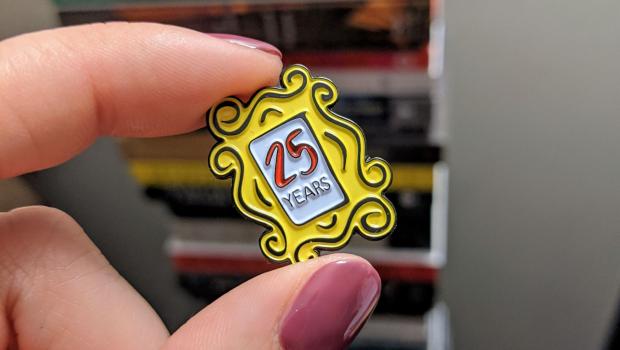 During a recent student exhibit panel meeting we discussed ways small objects can tell a larger story. I spoke about the pin pictured above, which I purchased from the Friends Pop Up shop in New York City this fall in celebration of the show’s 25th anniversary of airing. It was no surprise that a significant proportion of the visiting crowd was Asian, as the show is top-rated among Asian students studying in America. In learning a second language, many people believe in the efficacy of immersion. Therefore, reading books and watching movies and TV shows in that language is a common practice. 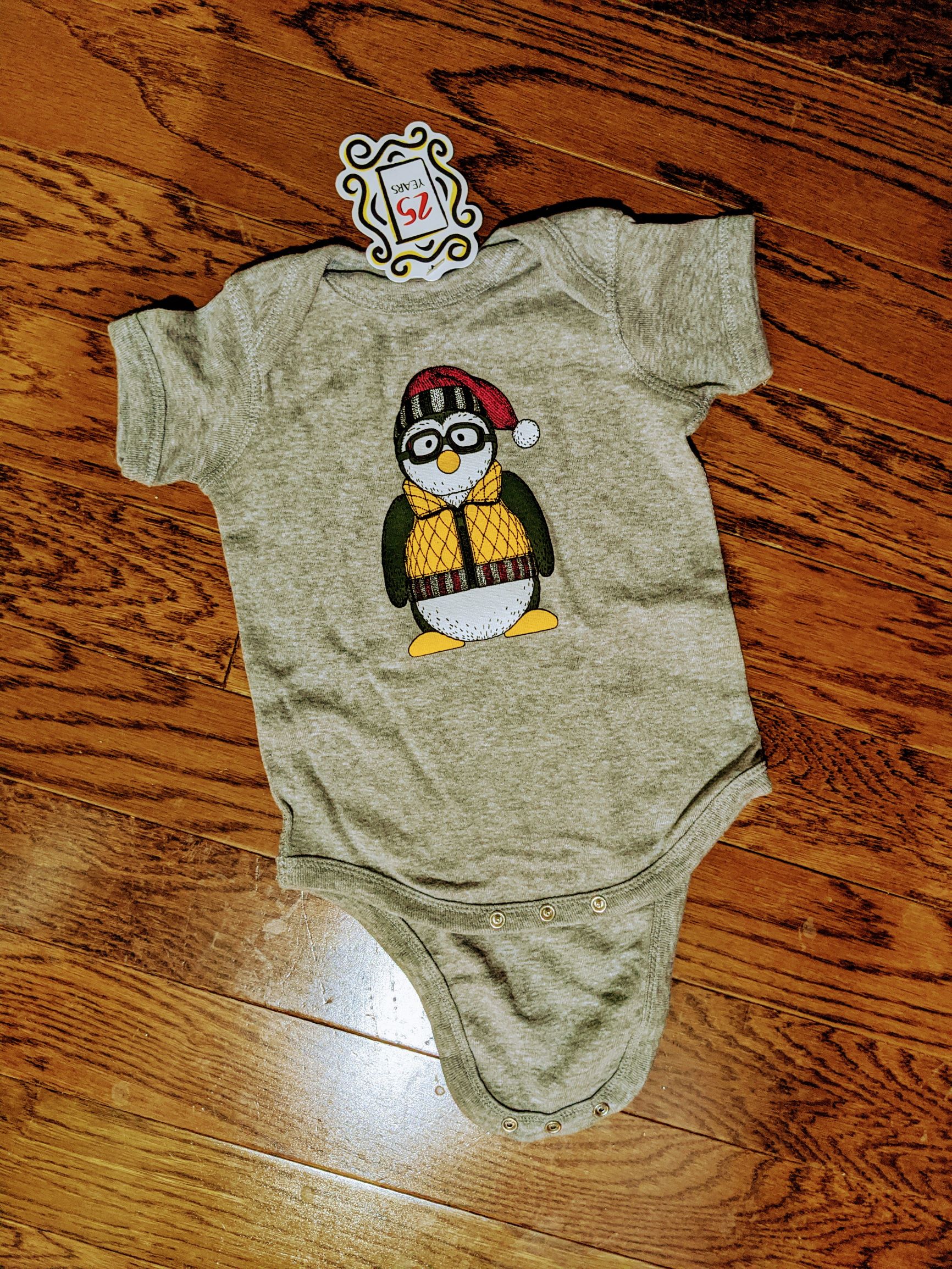 A Hugsy onesie for a friend one who’s having a baby.

Friends is one of the most popular options among Asian students in learning English, and as a result, it’s often the first and most widely accepted representation of American culture. I have known many people, myself included, who had their first vision of life in America with at least some resemblance to that of Monica, Rachel, Phoebe, Ross, Chandler and Joey. The show familiarized many students before they set foot in America with its linguistic terms, common slangs, social cues, dating rules, etc. However different the show is from real life, it’s still relevant to this day (perhaps that’s why the show remains one of the most streamed on Netflix).

Just like the theme song of Friends, we’ve been there for each other through so many ups and downs that we are much more than just friends now.

I visited the pop up shop with my best friends. We were high school classmates in Suzhou, Jiangsu Province, China, who came to the States for college at the same time. During years of living far away from home, we grew ever closer as we shared the same experience: we faced the same language barrier, same stereotypical preconceptions, and the same progress in life as we navigated our ways through American life. More importantly, in the process of integrating ourselves into the new country, we shared the same blend of values between the two cultures that often simultaneously brought amazement and frustration. 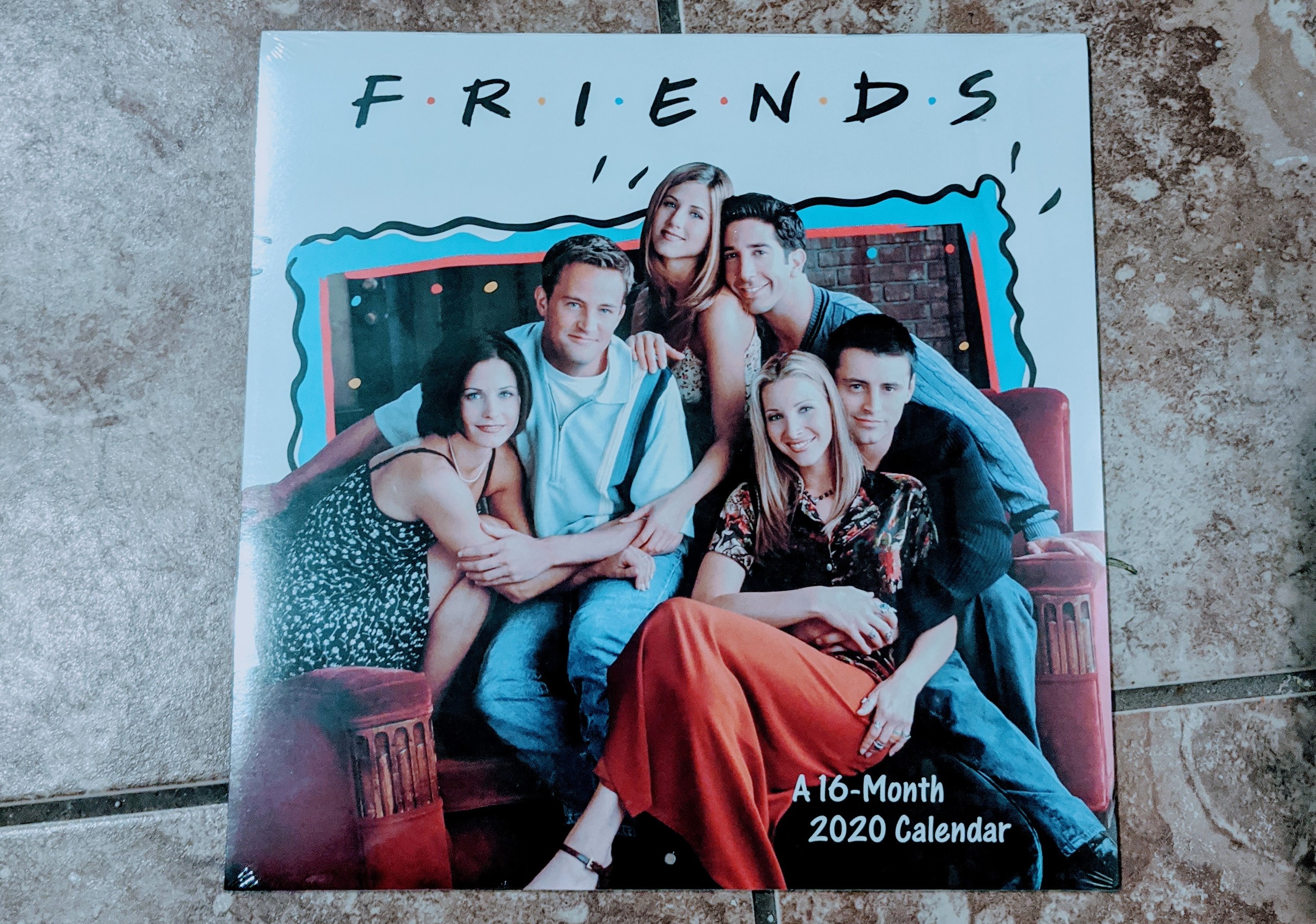 A calendar for a friend who’s decorating her new office after a promotion.

Just like the theme song of Friends, we’ve been there for each other through so many ups and downs that we are much more than just friends now. Even though our lives gradually took on different paths, we stayed close, like a family. Some of us got married and had kids, some moved to Europe for school, some relocated back to Asia for work. Even though we’re scattered all over the world, we stayed in touch and travel together at least once a year. For example, the trip to the Friends Pop Up shop was our 2019 outing. I don’t doubt for a second we’ll carry on this tradition, just like I don’t doubt for a second that, to paraphrase the Friends theme song, we’ll be there for each other for all the years to come. 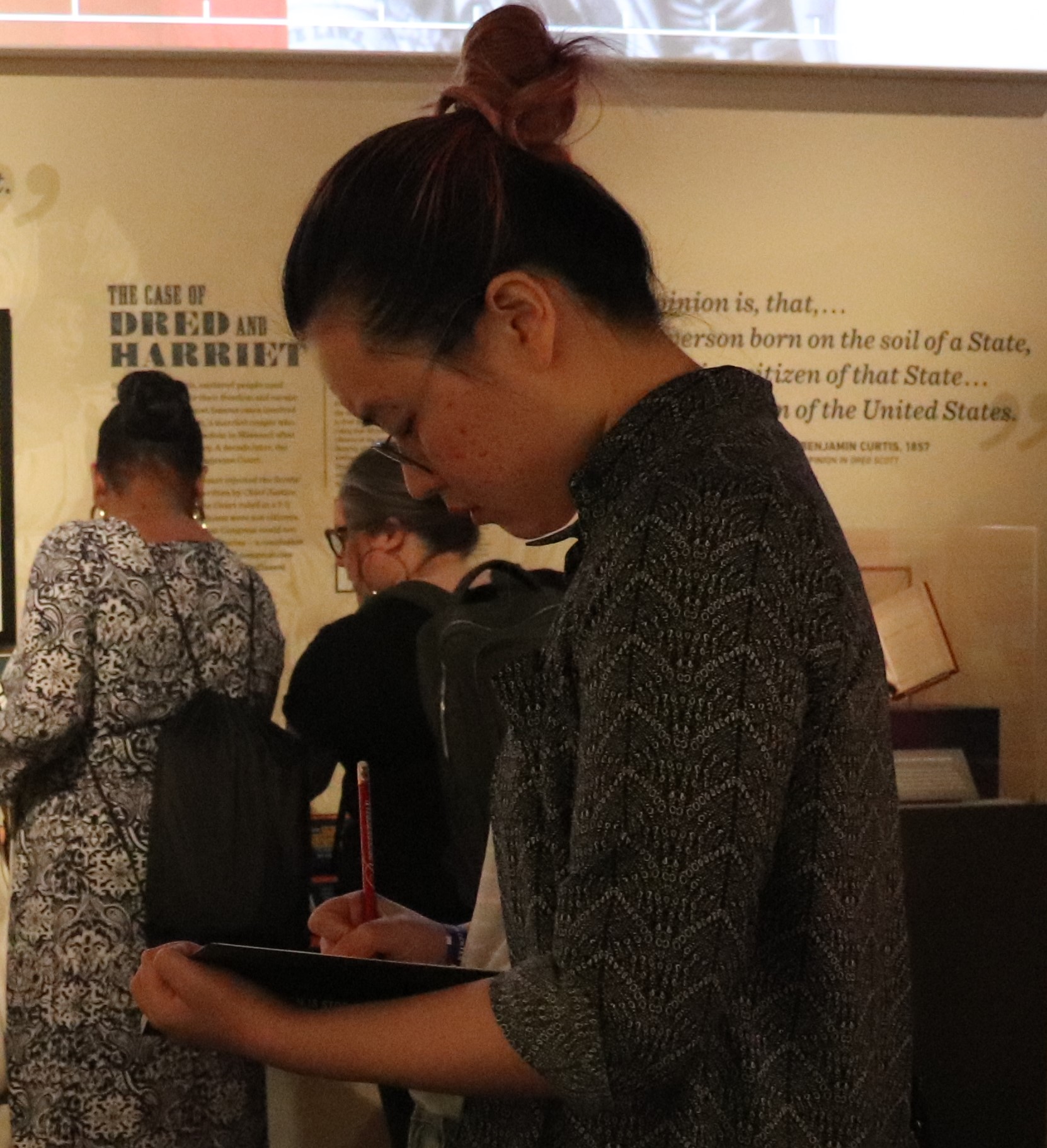 --Celia Shao is a Building Knowledge and Breaking Barriers Student Exhibit Panelist. A former student at the Community College of Philadelphia, Celia is now enrolled at Temple University as a history major.