With a Voice of Singing: Compiling Presbyterian Hymnals 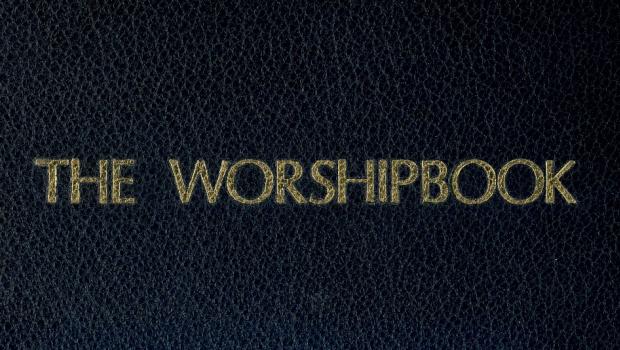 Compiling hymnals has always been a balancing act. Many singers open a new hymnal to assure themselves that their old favorite hymns are still there, while a substantially smaller number explore a hymnal for what is new. The tug-of-war between old and new is a major difficulty of hymnal production and one reason hymnals are increasingly being replaced by digital song sheets.

By their nature, new Presbyterian hymnals generate disagreements. Thousands of hymns have been written, and each hymnal can include only a small portion. The selection process often reflects larger issues facing the denomination and society.

This blog post and a second to come will explore the hymn selection process for two twentieth century hymnals by referencing the archival collections of the Presbyterian Historical Society; with this post focusing on 1970’s The Worshipbook. 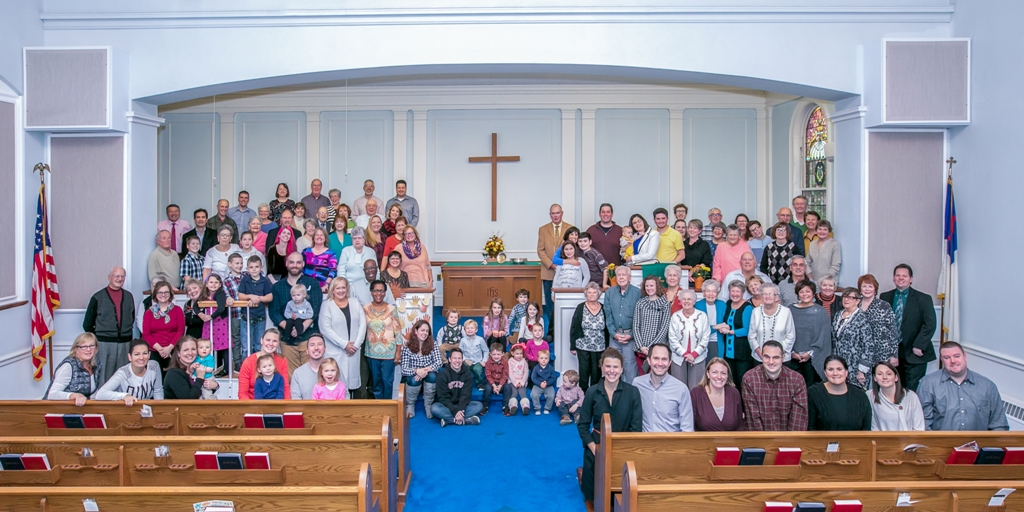 I become interested in this topic because of the experience of my home congregation, First Presbyterian Church of Haddon Heights. In the early 1990s, when I first arrived at the church, the session was considering replacing the hymnal, the 1970 Worshipbook. The hymnal committee, comprised of the organist choir members and unassociated members, began work by obtaining copies of six in-print hymnals. The new Presbyterian Hymnal was reviewed but not selected because of the omission of a significant number of beloved hymns. The church instead purchased a non-denominational hymnal, Pope Publishing Company’s The Worshipping Church, which retained most of the beloved hymn standards.

After the most recent Presbyterian Church (U.S.A.) hymnal, Glory to God, was published in 2013, a new hymnal selection committee was established to consider replacing The Worshipping Church. That process has been suspended because of a chasm between the new hymnal’s proponents, who sought to sway opinions by incorporating some of the new hymns and responses into worship services, and its opponents, who compiled tables showing that some beloved standards had been dropped from the newer publication. 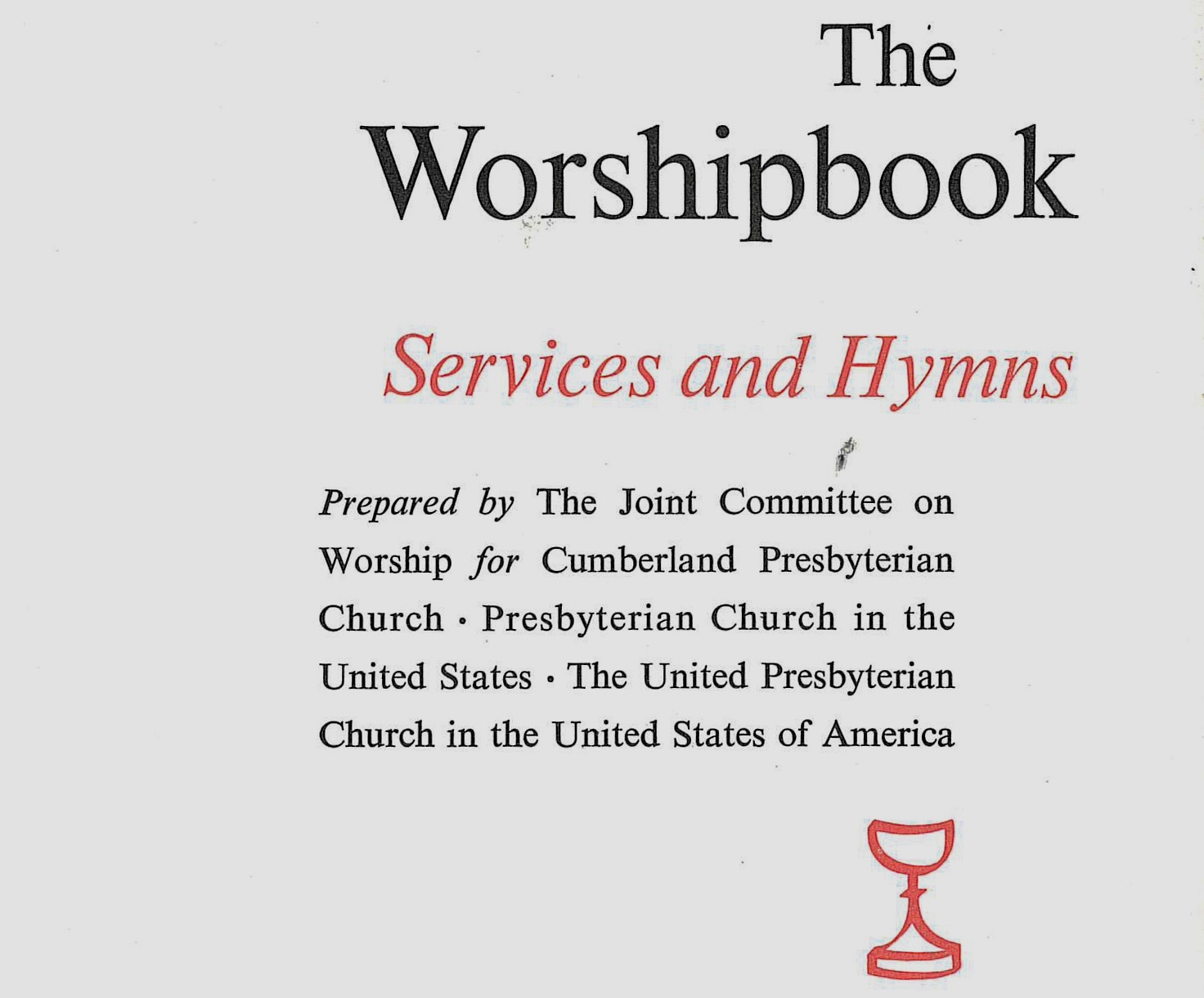 Title page of The Worshipbook: Services and Hymns, 1970.

The national church did not view The Worshipbook as a new full-scale hymnal, or as a repudiation of the previous denominational hymnal. Instead, Westminster Press published the volume as the revision to The Hymnal (1933) and the Hymnbook (1955). The preface to The Worshipbook explained the philosophy behind the volume:

“There is contemporaneity in the hymns. New hymns have been written. Old hymns have been altered…, so that archaic language is eliminated, and excessive introspective use of first person singular pronouns is diminished. There are folk songs and spirituals.

“The hymns have been selected, of course, in adherence to many standards. Due consideration has been given to sound theology, musical integrity variety in the tunes and the blending of the old with the new.

Prior to beginning the preparation of the hymnal, the committee undertook a survey of 43 large Presbyterian congregations, most located in the Mid-Atlantic and Western states, to determine which hymns in the 1933 publication were most frequently used. The top five follow:

--“The Church’s One Foundation” used 82 times during the year by 38 congregations,

--“When Morning Gilds the Skies” used 80 times by 37 congregations,

The hymn committee sought to broaden the musical range of the hymnal by considering such spiritual compilations as Harry T. Burleigh’s Album of Negro Spirituals, James Weldon Johnson’s The Books of Negro Spirituals, and E.T. Milkey’s 36 Spirituals. Among the spirituals chosen for inclusion in The Worshipbook were “My Lord, What a Morning” and “Nobody Knows the Trouble I’ve Seen,” both taken from Milkey’s book.

In the same way, several publications were reviewed for folk hymns. Among those approved for inclusion in The Worshipbook were “Lord of the Dance”; “O Come, O Come Emanuel”; and “We Are One in the Spirit.” 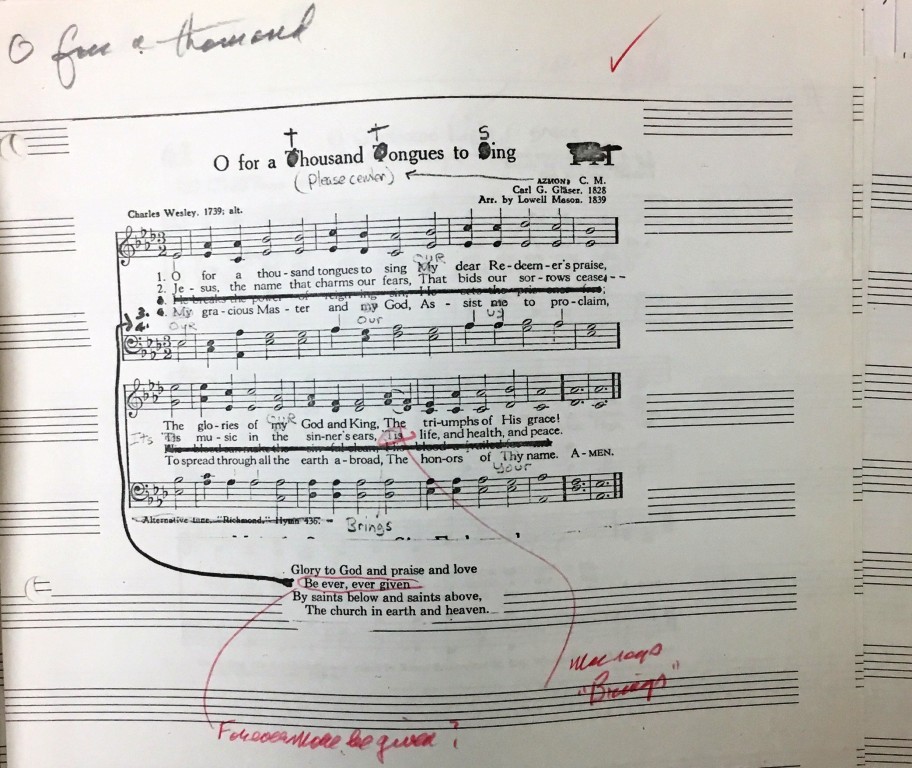 Because of the compilation process, most of the criticisms of hymn selection arrived after changes were made. Several examples in the records of the Joint Committee on Common Worship at PHS are typical of letters received:

“You can’t be serious—really now, can you—to contemplate leaving out...Stand up, Stand up for Jesus...Praise God from Whom All Blessings Flow...Spirit of God, Descend Upon My Heart...It Came Upon a Midnight Clear...Immortal Love, Forever Full...Onward, Christian Soldiers...In the Cross of Christ I Glory...Praise Ye the Lord...Rise Up, O Men of God...This is My Father’s World...What a Friend We Have in Jesus.”

“Oh, I well understand the problem of selection…but there are some hymns which just cannot be omitted—unless you expect congregations to augment hymnals with song sheets.”

“As far as this book is concerned -- forget it. I could no more put it in our church than I could introduce the Black Panthers’ Handbook for Winning Friends and Influencing People.” -- A Presbyterian pastor from New Jersey

“I am disappointed that you are considering dropping “This is My Father’s World” by Maltbie Babcock. I’ll admit a prejudice since Dr. Babcock is one of my predecessors in this church….” -- A Presybterian pastor from New York

“The article in Presbyterian Life left the impression that the named hymns appeared more frequently in a random selection of Sunday Worship Bulletins and are therefore most preferred by our Sunday worshippers. This seems to me to be a horribly delightful non-sequitur. How did those hymns get into our Sunday Bulletins?”

“Most likely they were chosen by the minister to illustrate some more or less indistinct theological idea with which he is to wrestle for twenty minutes.” -- A Presbyterian elder from Illinois 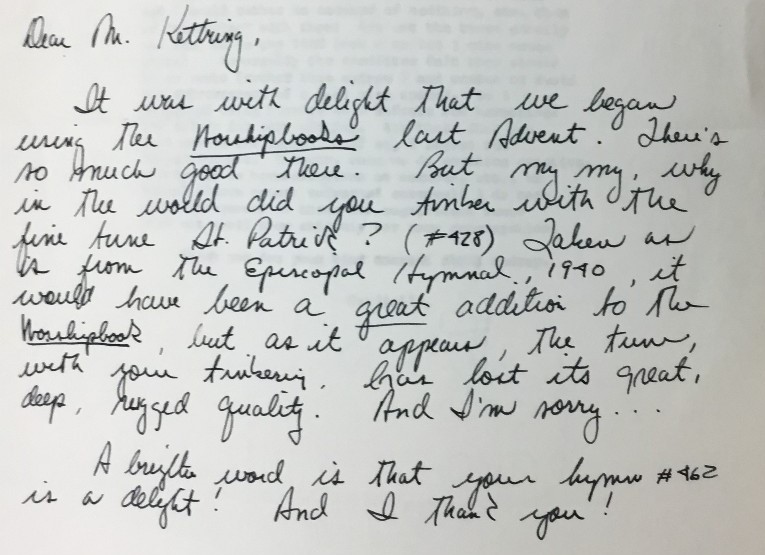 Sample letter responding to publication of The Worshipbook, 1970.

It is probably inevitable that the culling process for a hymnal will spark letters of protest. For members of the selection committee, perhaps there is solace knowing that some of the “new tunes” included in The Worshipbook—such as Daniel Schutte’s “Here I am Lord” and Gordon Kendrick’s “Shine, Jesus, Shine”—have become frequently requested hymns in many Presbyterian churches since 1970.

As you will read in my second post on hymnals, the backlash against the Presbyterian Hymnal of 1990 from both clergy and laity was even more severe and affected the selection process for the current hymnal.