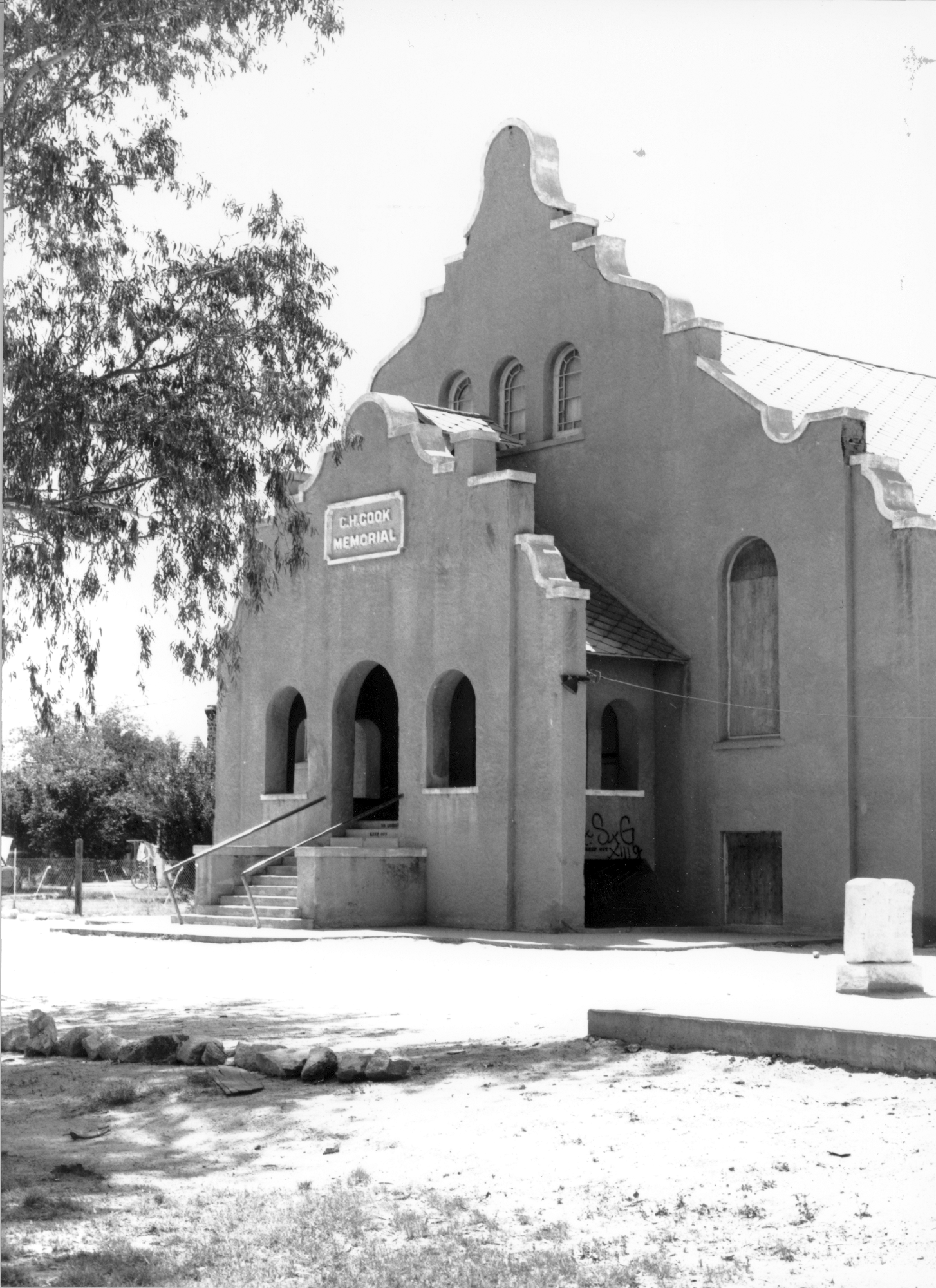 On March 25th, the Charles H. Cook Memorial Building of the First Presbyterian Church of Sacaton, Arizona burned to the ground. Authorities of the Gila River Indian Community soon arrested three suspects for arson. For one church elder, the fire was a reminder of prior assaults on the church. After 130 years, the congregation persists. Evidence of their story is held in the PHS collections. The Cook Memorial Building is also a part of our Historic Sites Registry. 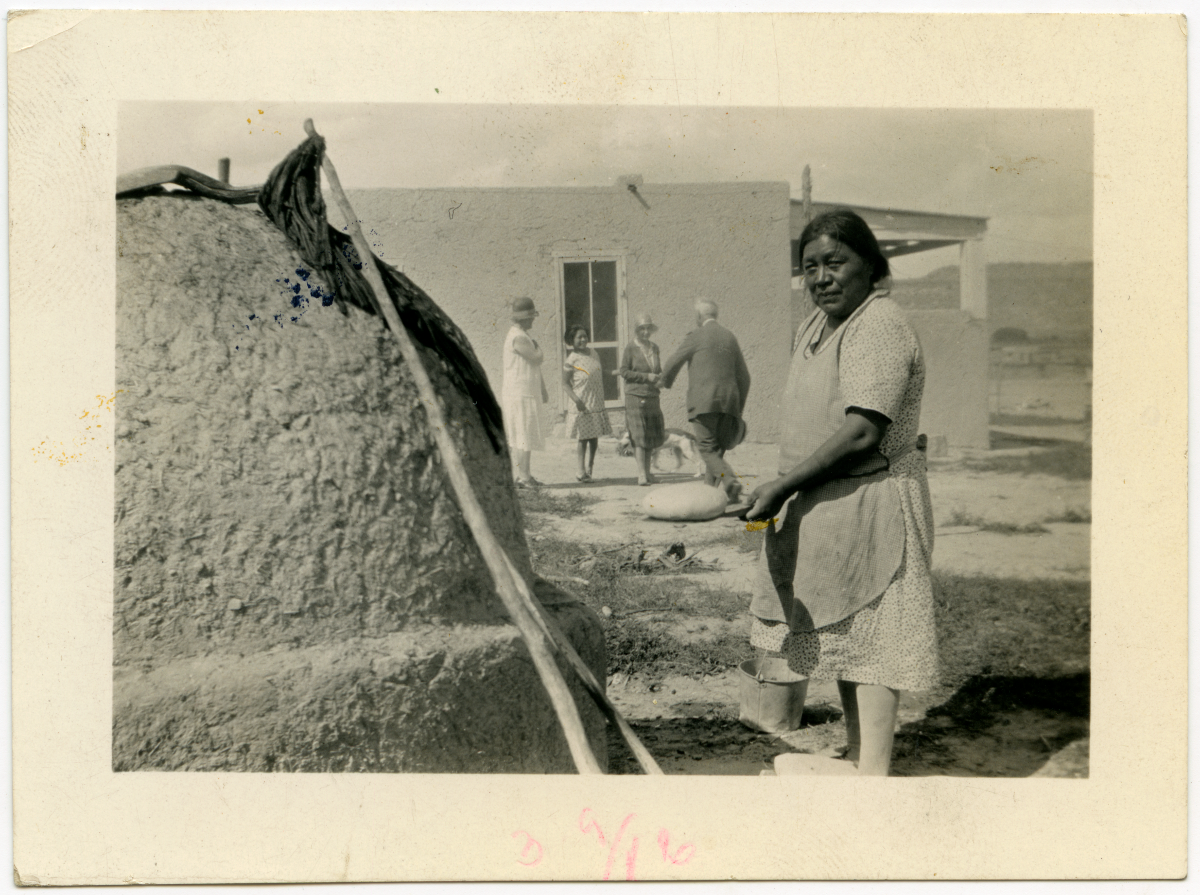 The earliest Presbyterian missionaries to the Southwest brought with them chauvinist beliefs about what were then considered the region's "three peoples" -- Mormons, Indians, and Mexicans. In the pages of missionary magazines such as Sheldon Jackson's Rocky Mountain Presbyterian, Indians were depicted as "dirty," "drunken," "savage," and "thieving," yet "capable of civilization." As in virtually every mission field, Presbyterians turned to schools for the dual tasks of evangelization and cultural assimilation.

The German immigrant Karl Koch came to the United States in 1855, and, as Charles Cook, began work among the Pima people in 1870. Cook organized the Native American Presbyterian congregation at Sacaton south of Phoenix in 1889. In his forty years of service, he established 14 churches and baptized more than 1,000 people. The Cook Bible School was organized in 1911 in Tucson before moving to Phoenix. In 1940, the name changed to Cook Christian Training School, and after the war many Native American WWII veterans took advantage of the G.I. Bill's tuition assistance program to attend . The school, later known as Cook College and Theological School, closed in 2008; PHS holds more than 130 cubic feet of its records. 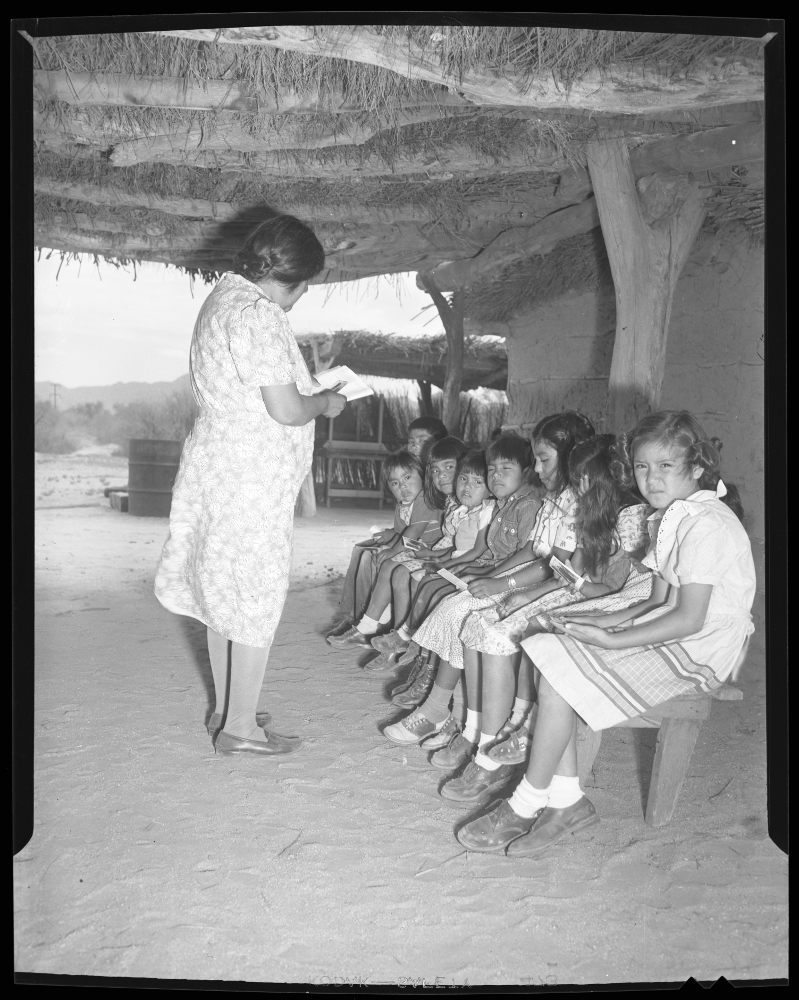 Dirk Lay followed Cook in Sacaton and oversaw the construction of a second, larger adobe meetinghouse in 1918. Lay was an outspoken booster for construction of the Coolidge Dam, part of a series of public works intended to facilitate irrigation of southern Arizona, with the attendant effect of forcing Pima and other peoples out of semi-nomadism into being tenant farmers. This motion picture, likely shot for Arizona Senator Ralph Cameron's failed 1926 campaign, features Dirk Lay, Calvin Coolidge, and the then-six-year-old facade of the church in Sacaton.

Esau Joseph, a Pima graduate of the Charles H. Cook Christian Training School, served from 1945 to 1961 as the first Native American minister of the Sacaton congregation. The church built a new worship facility in the 1980s and used the Cook Memorial building chiefly for special occasions -- until the fire. The community held a vigil on March 29, featuring testimonials about the church from Steve Marsh, a descendant of Charles Cook, and from Gila River Community governor Stephen Roe Lewis, who was baptized at the church and heard news of the fire while traveling. “My heart fell. We celebrated holidays there, we said goodbye to loved ones, we brought families together under the right of marriage.”

RG 289. William M. Orr papers, 1938-1955. William Orr was a home mission worker in Isabela, Puerto Rico and Las Cruces, New Mexico. He was also Board of National Missions field secretary for the Southwest. 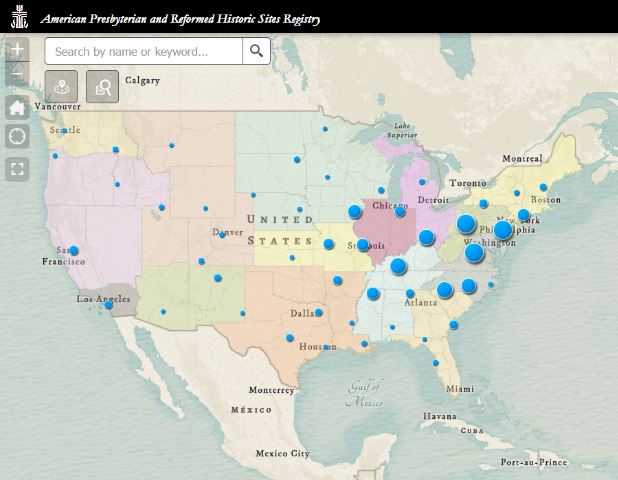