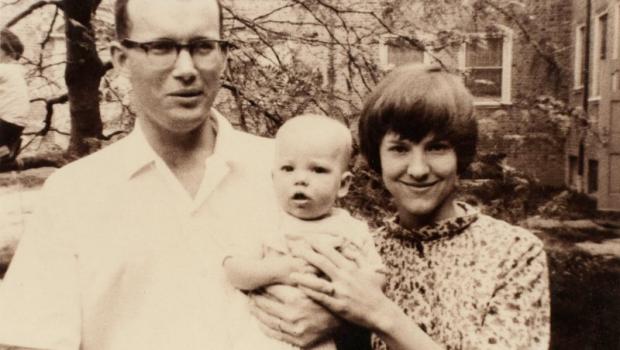 As part of our commemoration of the Selma-to-Montgomery marches 50 years ago, we are sharing the reflections of two PHS friends who traveled to Alabama in 1965: J. Oscar McCloud and Louis Weeks. Each has told us in their own words about their experiences.

Louis Weeks is a retired President and Professor of Historical Theology at Union Theological Seminary in Richmond, VA. A PHS Board Director, he currently serves as Board Chairman.

Leaders in the struggle for Civil Rights in the USA have always been the thousands of men and women, boys and girls, mostly African American, who have taken courageous stands for voting rights, accommodations, school desegregation, and equality under the law in their own communities and those nearby. In the 1960s, Dr. King, Ralph Abernathy, Andrew Young, James Bevel, John Lewis, Jesse Jackson, Rosa Parks, and a host of other leaders came from black churches--preachers and lay leaders, school teachers, funeral directors, lawyers, maids, and housekeepers. When they wouldn’t turn round, presidents and members of congress, attorneys general, white Presbyterian leaders, and all the rest supported their movement.

In March, 1965, supporting those leaders, I boarded a train south from Richmond to Alabama for the conclusion of the Selma-to-Montgomery march. Like most Americans, I had followed the tragedies of Bloody Sunday, the shooting of Jimmie Lee Jackson, and the beating of James Reeb. I’d also mourned their deaths.

Our train to Alabama, as I remember, came from D.C. Dan West, John Turner, and I comprised a contingent from Union Theological Seminary; some faculty members—Jim Smylie, Jim Mays, maybe others—had chipped in to help buy our tickets. The train arrived in late afternoon at the Montgomery station and we all trooped four miles to the campground where the staging occurred in the mud. I remember some good folk music and lots of freedom songs. The next morning we all walked to the Capitol, joined by hundreds along the way. My own location in the march was in the middle of a group of high school and junior high students—mostly from Montgomery. We walked six or seven abreast, though in more of a jumble than a straight line. We talked about their schools, their families, and the movement’s leaders.

I remember the soldiers with their guns—frowning and talking among themselves. And there were white men and some women, spitting and cursing at us from the sidewalks and the front yards in white neighborhoods. And I remember the speeches—Dr. King’s “How Long, Not Long” address especially, in which we all made the responses. The sound system was flawed, and I could not hear at the time his profound narrative about the history of the movement.

Addicted to eating as I am, I do not remember anything about the food those two days, either at the staging ground camp or during the day in Montgomery. I can still recall vividly, though, my mixture of exhilaration and apprehension throughout the trip.

At the train station at dusk, boarding for the return, we heard rumors that cars of KKK people were waiting to shoot at us in rural areas of Alabama. We all scrunched down. That night, we heard that Viola Liuzzo had been shot and killed. It was a somber ride back, and we were tired.

My wife Carolyn was teaching seventh-graders in a rural Chesterfield County school. She couldn’t get off to go with us. We kept quiet about my going, knowing she would be fired if her employers found out. They already viewed her with suspicion because I went to the seminary.

For years afterwards, I seldom spoke of my participation in the march. But by 1970, when we were living in Louisville, we were back in the swim. We enrolled our boys in a predominantly black inner-city pre-school. As they entered public elementary schools, desegregation came to mean bussing. With scores of others, we first worked out of Peace Presbyterian, then Harvey Browne Memorial Presbyterian Church, seeking to bring calm and constructive resolution to the resulting conflicts. Our sons attended many schools through elementary and secondary public education—ten in 12 years in the case of Lou, and seven in 10 years for Sid. Honestly, I feel our major contributions to the movement were made in that prosaic endeavor. Meeting by meeting, relationship by relationship, prayer by prayer.