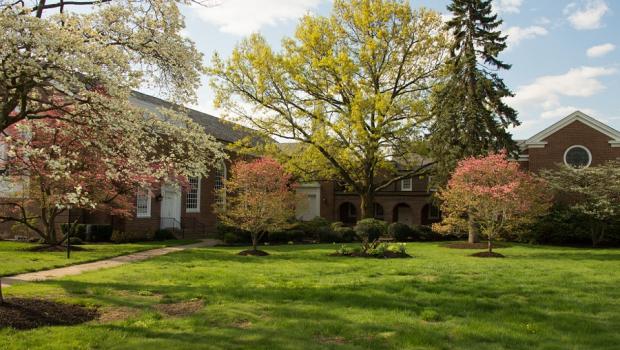 Up to World War II Morrisville was a small borough on the Delaware, across from industrial Trenton, NJ.  After World War II, there grew an enlarged industrial center and population increased rapidly in lower Bucks County. By 1952 the congregation moved to a grand new facility on North Pennsylvania and West Trenton Avenues, within the borough. Cooperation with the Philadelphia Presbyterian Homes in 1986 provided a subsidized 100 unit apartment building for the independent elderly and handicapped. By 1990 membership stood at 2,056 with 499 pupils in the Sunday school. In 2005 the church corporately became Morrisville Presbyterian Church.

As of  2017, Morrisville Presbyterian Church is home to multiple thriving programs: a strong music program with multi-generational singers and hand bell ringers; an extremely active food pantry staffed by members and community volunteers since 1997; the Clothing Center, which has sold donated clothing and household goods since 1983 with proceeds going to outreach projects; the Ivins Outreach Center, functioning separately but sponsored by the church, with after school and summer enrichment  programs for  Morrisville’s children; Staying Put, a program which helps older adults  remain in their own homes through errand and transportation support; and resource and referrals to other existing agencies. Annual youth and adult domestic mission trips have thrived since 2006. Church facilities are regularly used by: Boy Scout Troop 3 (since 1911), cub scouts, girl scouts, AA, Head Start and our own Weekday Nursery School, in operation for more than 50 years, and several other adult community groups.

In 2017, with active membership at 465 and with 199 registered in education classes, we look ahead to new leadership and energy into the future of God’s work here in Morrisville.