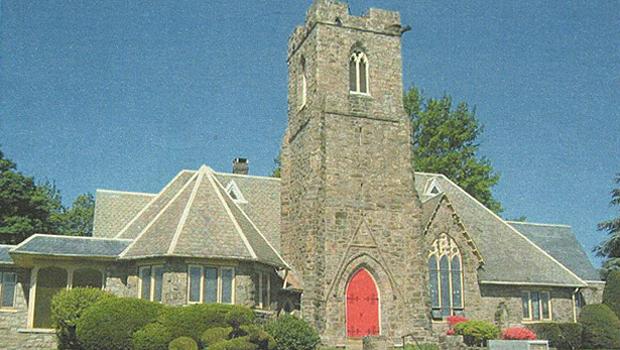 In 1888, Dr. Thomas Murphy, in his book, "The Presbytery of the Log College", now the Presbytery of Philadelphia, mentioned its founding.  The real founder of the church was Mr. Gustavus Benson, al elder of the West Spruce Street Church of Philadelphia, who was a generous philanthropist.  When his son resided in Fox Chase, he decided to build a sanctuary.  In 1884 the cornerstone was laid, and the church was originally known as Benson Memorial.  Fox Chase was then still a village.  The church congregation organized itself in 1883 and the first Pastor, the Rev. Samuel J. Milliten, was installed.

A church school was built in 1916 and razed in 1970, with several additions and renovations.  A Christian Education building was constructed in 1972 to include several ministry organizations.  Originally a small slice of land surrounded by the Rockledge Village in the 1800's, the area was approached by Fox Chase Huntingdon Township and Toll House. The turnpike and tolls discontinued in the 1920's.  In the 1930's Jeanes Hospital was built; and in 1967 the Fox Chase Cancer Center was completed and expanded.

On the church front the church continued to grow in the 1970's and 80's.  The Sunday School building which was originally built in 1916 was demolished and replaced in 1972 with a modern Christian Education Building which was multi-purpose in design. An old barn was remodeled to make room for an expanding youth and young people's program.  In 1964 the beautiful sanctuary organ was relocated and fixed to improve its sound.

The area of Fox Chase changed dramatically in demographics and religious preferences as an overwhelming population of Catholic believers arrived from the city to the suburbs.  Pastors of the Memorial Presbyterian Church added to the educational and social witness of the church during the years. During the recent tenure of Rev. Dr. Margaret Mann community involvement and an expansion of the church's primary mission, Food 4 Hope, (an impressive food distribution program supported by several churches and institutions), took place.

Today the church remains a vibrant part of the Chase community and looks forward to a bright future.