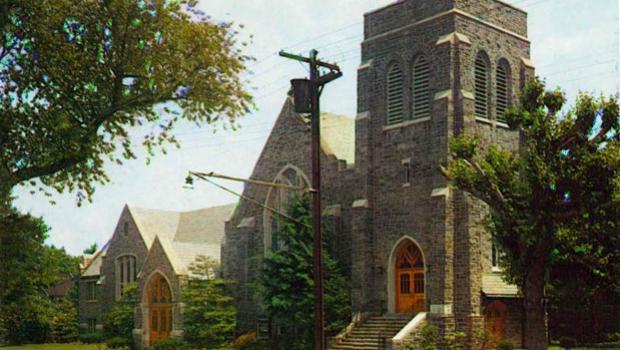 The merged session had a weekend retreat shortly after the merger dedicated to seeking a new name. They were unable to come to a consensus and combined the names until a new name was determined. Five years later the Session agreed to spend one hour at the end of a retreat to dialogue again on a new name. Everyone expected this to be a long process given what had happened previously. The Spirit, however, moved in a new way, within the hour the elders had come to a consensus - “Christ’s Community Church”.

Christ’s Community Church has uncovered its core values: worship, fellowship, discipleship, ministry and mission which are grounded in The Great Ends of the Church as found in our Book of Order. From these core values a vision has been cast: “To Know Christ, and make Him Known.” The Session is continuing to strive to organize itself around these core values, seeking to live into the vision even as we begin the process to recast the old mission statement.

CCC takes to heart its core values and mission. Worship is an authentic expression of the congregation with times of silent meditation, hymns, prayers, scriptures and drama. The diverse congregation, made up of different races, ethnic groups and socio-economic backgrounds, is learning in a new way what it means to have Fellowship with one another amidst cultural diversity. Discipleship is centered on Seekers small groups in which participants seek to know what it means to “learn from Jesus about Jesus how to be like Jesus.” Ministry to the Body of Christ is taking on new meaning within the diverse body with its many different needs, especially as newly arrived immigrants are finding a loving welcome by the congregation.

Mission is a major focus of CCC. As many as 55 homeless men, women and children find shelter every night in January and March in the Riverview Avenue Community Center (the name given to our facility, recognizing that the people are the church, not the building). With the help of other congregations and organizations snacks are provided when they arrive and a packed lunch when they leave in the morning. Whenever there is a fifth Saturday in a month, CCC folks, also with help from other congregations, are in the kitchen all afternoon preparing a meal, then another group takes it to the homeless shelter in Upper Darby serving an average of 140 meals on each occasion. The Session has a long established policy to tithe any bequests to mission no matter what their amounts. Though small, the congregation has been recognized as one of the top 10 giving congregations to mission in the Presbytery in all three designated categories.  This last year has found us focusing even more on mission in our local community as The Reverend Rob Eyre has taken on a “tent ministry” as our Pastor for Missional Outreach.

This history has focused on the seven years of Christ’s Community Church, forgetting what lies behind and pressing on toward what lies ahead for the prize of the goal of the high calling of God in Christ Jesus Philippians 3.13-14.