Visions of Unity: Dissecting the Closing Speech of the 1st Covenant Network Conference 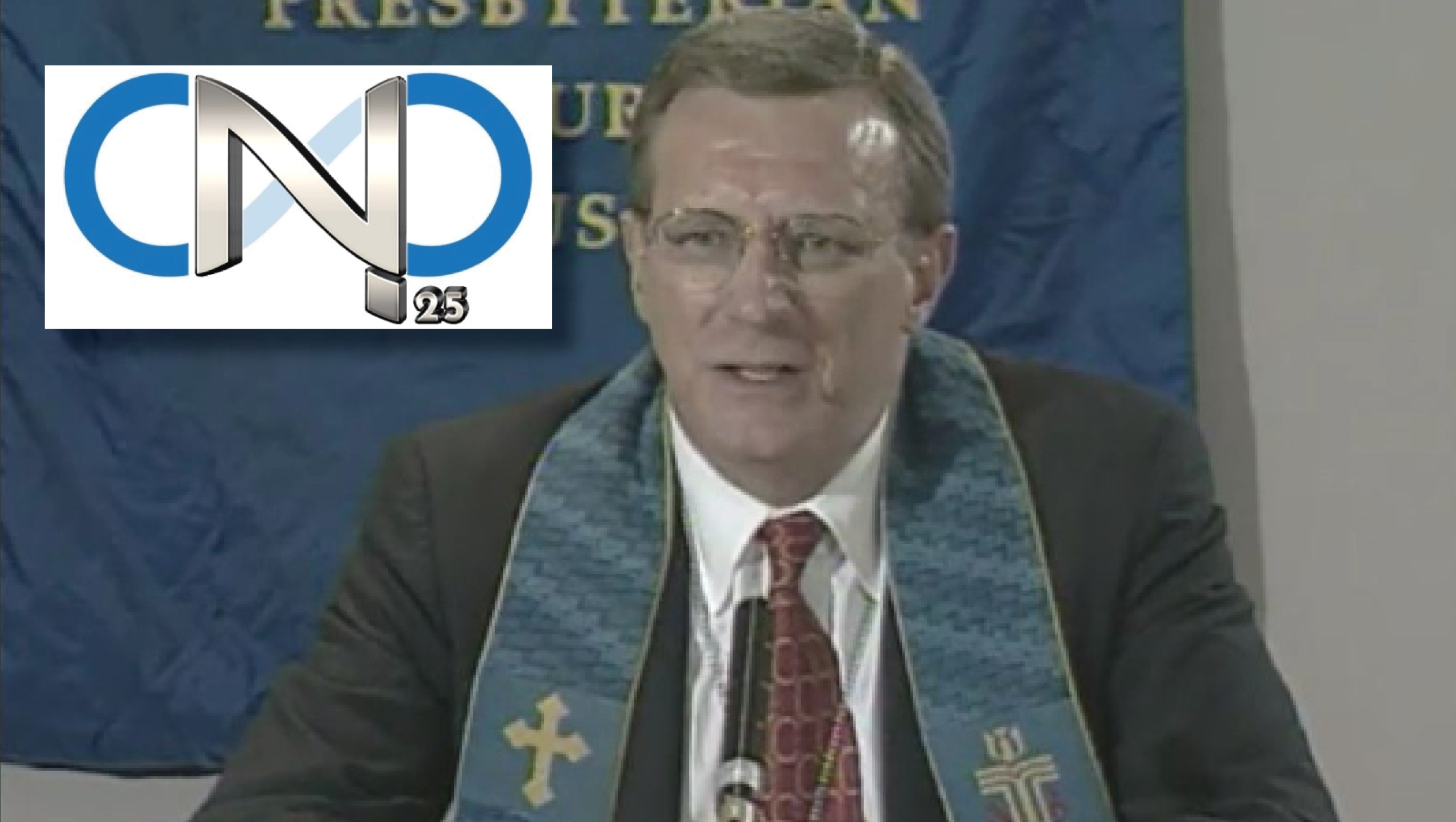 Becoming the Body—this is the title of the speech John Buchanan presented to the audience of the first annual conference hosted by the Covenant Network of Presbyterians.

Hosted in Denver, Colorado, the weekend of November 5, 1998, this conference was organized in response to the failure of Amendment A to be passed at that year’s General Assembly. The theme of this monumental first meeting was “Living Faithfully in the Church When We Disagree.”

This theme reflected the worries of Presbyterians in relation to the religious and social climate of the time. How would the church, as a whole, move forward in unity when so many were butting heads, opinions, and theological beliefs? The Covenant Network of Presbyterians hoped to offer relief, advice, and encouragement at this conference—a meeting that would become tradition as the years went by.

On the final day of the conference, November 7, John M. Buchanan, co-founder and co-moderator of the Covenant Network, took to the stage to deliver the closing oration. Within PHS’s collection of Covenant Network records, RG 531, is a copy of this speech, printed on beautiful color-specked paper and marked up throughout with thick black pen. In total, the document is 26 pages long.

After quoting 1 Corinthians 12:27–“Now you are the Body of Christ and individually members of it”—Buchanan begins with some light jesting as he moves deeper into the topic of his speech.

"That’s not my favorite metaphor. I don’t know about you, but I’m not at all sure that I want to be the Body of Christ. If I remember correctly, the actual body of Christ wasn’t all that comfortable and, as a matter of fact, ended up getting crucified."

Buchanan quotes St. Paul, Groucho Marx, Kathleen Norris, Douglas John Hall, Barbara Brown Taylor, and more, throughout his speech. He uses their voices, borrowing their words to add to his own in order to better approach a number of questions that he prompts to his audience:

Buchanan pulls from author Kathleen Norris’ most recent publication, Amazing Grace, to illustrate how so many mismatched folks can be unified into one body. Norris reflects on the ideal of “unity” in Christianity and how, to an outsider, “church congregations can look like remarkably contentious places.” Norris says this:

We are not individuals who have come together because we are like-minded. That is not a church, but a political party. We are like most healthy churches, I think, in that we can do pretty well when it comes to loving and serving God, each other, and the world: but God help us if we have to agree about things. I could test our uniformity by suggesting a major remodeling of the sanctuary, or worse, the Holy of Holies—the church kitchen. But I value my life too much.

While the human body is “almost a perfect example of the principle of unity in diversity,” Buchanan says, he goes on to evidence the harsh reality of the Christian faith: that although the concept of unity may be essential to Christianity, “there are, in fact, thousands of denominations in our country—many of them claiming an absolute corner on truth.” Where do we find this unity that we so badly need, when “there is something about…the Presbyterian-Reformed way…that turns to conflict and division as a way of resolving differences”? 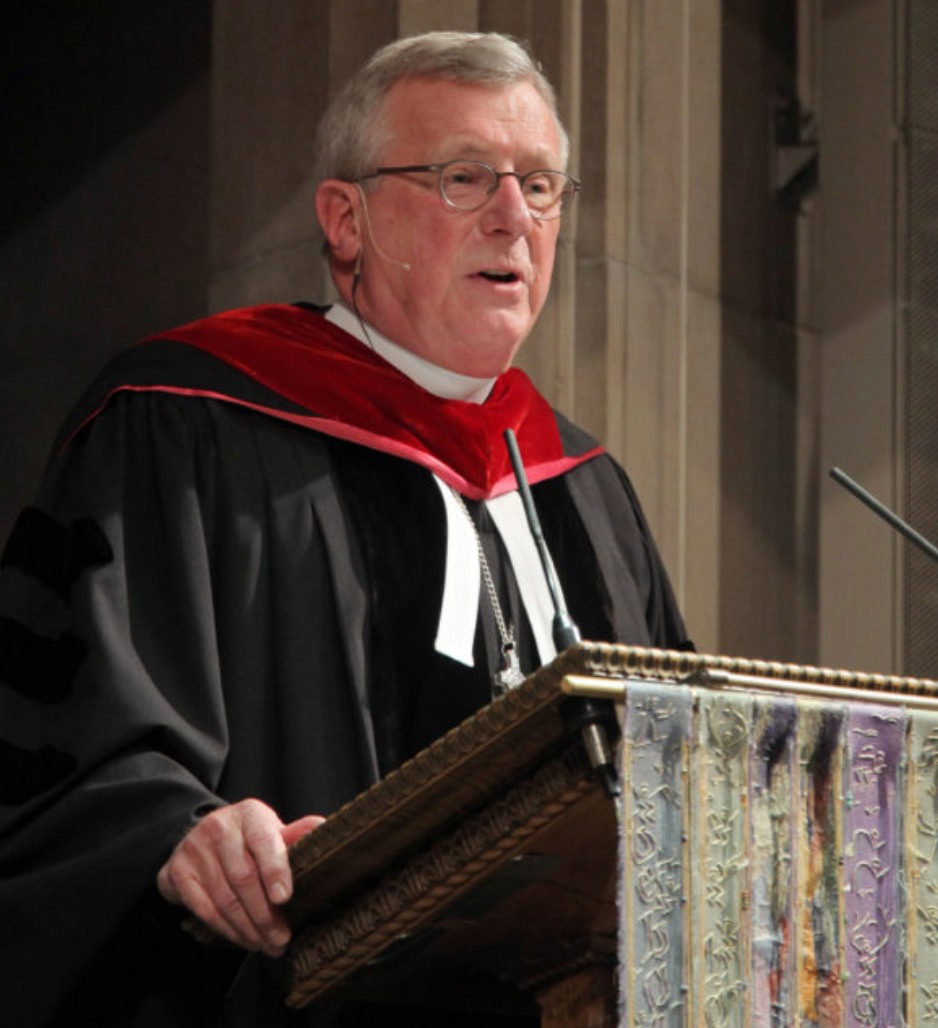 Buchanan then nods toward the current events of 1998, highlighting the similarities between the religious climate and the social, cultural, and political climates at large. He points to the Sudan, Northern Ireland, and Central Europe, before making a remark about the bombing of an Israeli market that had occurred just that morning—a handwritten note in the margin showing us that this was added in after Buchanan was made aware of the event. He goes on to ask his audience, “Do you want to hear something interesting? …The church is God’s alternative to the world’s propensity to divide and contend and fight along lines of tribe, clan, race, religion.”

Quoting a parable offered in the scripture, Buchanan likens God to the host of a massive dinner party, a host who “will not be satisfied until all are present and every seat is filled” with strangers and outsiders, anyone and everyone. “There are no barriers here.” The reality of the church, Buchanan says, is that “…God…has a vision for the human race, and you are it—for better or worse…Sometimes the reality breaks through and confronts and compels us in spite of everything we do to deny it.”

As the conclusion of his speech draws near, Buchanan tells his audience a story. A story of a moment when the Body of Christ became real, a moment when he witnessed the unity of the church. A friend of John’s, a member of the body, Glen, was dying. John had asked Glen one night what the hardest part of the whole experience was—Glen had, at this point, made it clear to John that he wanted to talk about the difficult stuff, the topics that weren’t covered in the bestselling book Tuesdays with Morrie—and Glen responded honestly. The moments that he was left alone, when his family left him to rest for the night, and the pain was his only company—those were the hardest.

John shares what Glen told him: “But you know what I do? I get out my tape player…and put in a tape of the eleven o’clock service at Fourth Church. I must have a hundred of them. It settles me down…every night I go to sleep that way—here in bed, but also in my church.”

I imagine John looking out at the audience as he delivers the final lines of his speech that afternoon. “We are God’s vision for a divided world,” he says to them, words vibrating with hope. “You are—in ways you may not know—the Body of Christ.”

The Covenant Network of Presbyterians continued to organize annual conference meetings in the years that followed. This year, we are joining in the organization’s celebration of their 25th year.